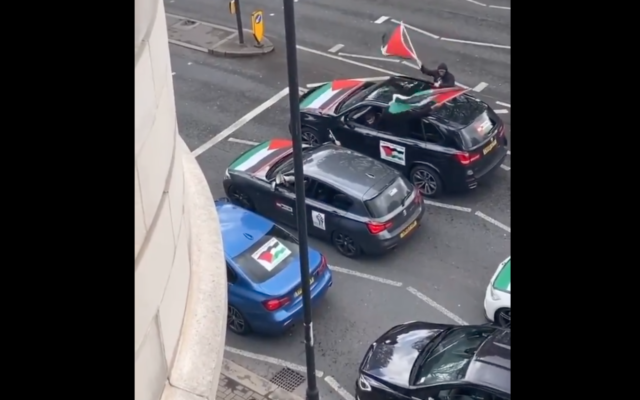 This convoy of cars was filmed on the Finchley Road.

Conservative and Labour Friends of Israel groups say it is “inexplicable” that a convoy of cars from which pro-Palestinian activists screamed antisemitic and misogynistic abuse was able to travel across north London without being stopped by police.

Footage on social media showed the cars, adorned with Palestinian flags, travelling through the Finchley Road, Golders Green and Hendon areas on Sunday with a speaker blasting out antisemitic slurs and threats against Jews.

In a rare joint letter sent to Metropolitan Police Commissioner Cressida Dick, CFI and LFI officials raised concern about the length of time spent before reports of the antics of those driving the vehicles were investigated by officers.

The letter was sent as police confirmed they had arrested four people over the incidents that were condemned by Prime Minister Boris Johnson and Labour leader Sir Keir Starmer. 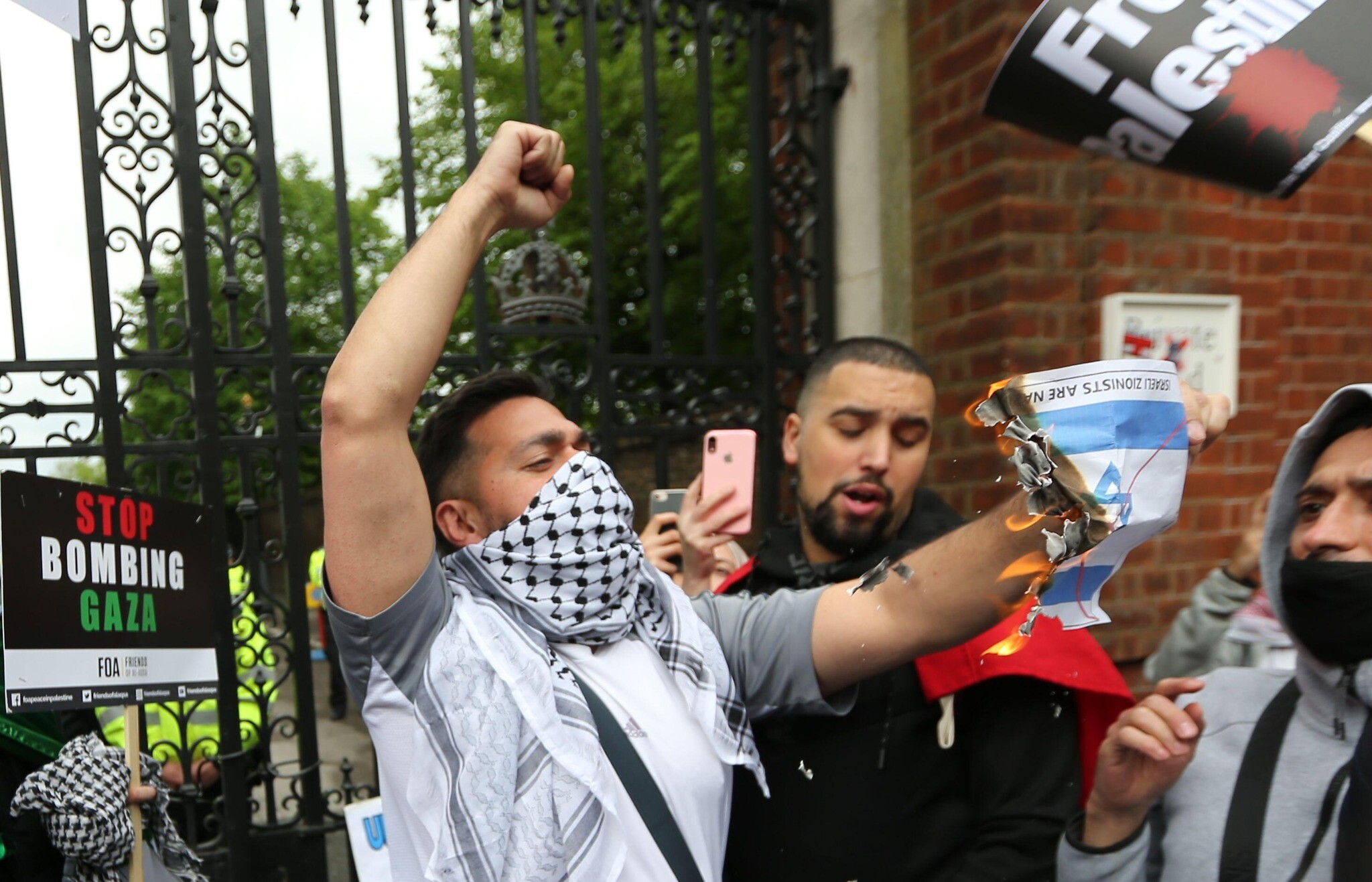 A protester burns the Israeli flag in London on Saturday.

“It is inexplicable that this convoy was able to travel through London and incite violence and sexual assault without being stopped by police,” wrote MP Stephen Crabb, CFI’s parliamentary chair, and LFI’s Steve McCabe MP.

“While we note the acknowledgement by the Metropolitan Police Events team on Twitter of the incidents relating to the convoy of cars, it is essential that this be investigated as a matter of urgency and all of those who have used racist language identified and prosecuted in accordance with the law.”

The letter also raised concerns about antisemitic imagery seen at the anti-Israel protest in central London on Saturday including “footage of a chant celebrating and calling for the death of Jews”.

On social media Boris Johnson described the incidents as an act of “shameful racism” and the Labour leader, Keir Starmer, said the video of the convoy that appeared on social media was “utterly disgusting”.
Sharing Jewish News’ report. Starmer tweeted: “Antisemitism, misogyny and hate have no place on our streets or in our society. There must be consequences.”

Mike Freer, MP for Finchley and Golders Green, said: “The scenes I’ve witnessed in my constituency have left me sick to my stomach. The blatant and open anti-Semitism on display today, deliberately targeting areas with large Jewish populations is nothing short of incitement and I have urgently raised the matter with the Home Secretary, Commissioner and Mayor.”