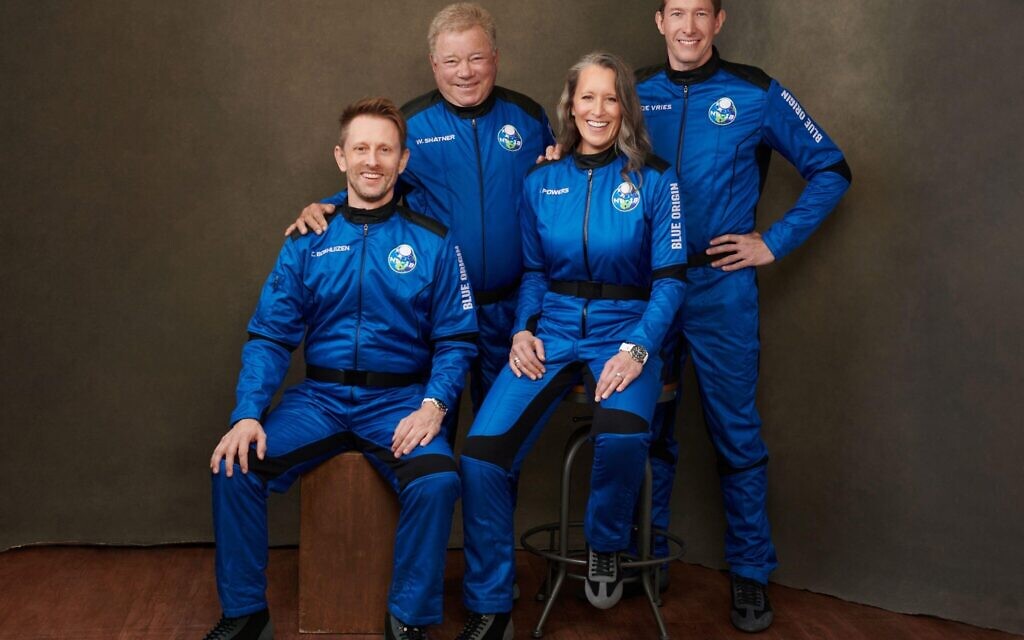 Actor William Shatner will fly onboard New Shepard NS-18 along with Audrey Powers, Blue Origin's Vice President of Mission & Flight Operations, and crewmates Chris Boshuizen and Glen de Vries, which is scheduled to lift off from Launch Site One in Texas on October 13, 2021. Shatner, who originated the role of "Captain James T. Kirk" in 1966 for the television series Star Trek, has long wanted to travel to space and will become the oldest person to have flown to space. Photo by Blue Origin/UPI Credit: UPI/Alamy Live News

William Shatner, 90, last week became the oldest man to ever go into space. So, what does the Torah say about taking on new challenges in later life?

The father and mother of our nation started out their journey into the unchartered unknown aged 75 and 65, respectively. The Abrahams took up a Bedouin cause at an uninsurable age.

Who could underwrite a successful mission to an unnamed Promised Land? There were too many unknowns. And yet, we’re all here, we all exist, because of their intrepidity.

The individuality required in an Abraham is the quality rewarded on prophetic scripture with the title “inheritor”.  “Abraham was unique, and [so] he inherited the land,” Ezekiel exclaimed.

Alone, a household from ancient Ur, laid a claim to what is now Israel; for that matter, both Jews and Arabs trace their claims to the Holy Land via a biological line to the same man, Abraham.

Shatner went out to conquer not land, but to attain a view of earth and the cosmos from space; an uninterrupted view of the Creator’s immeasurable handiwork.

Abraham was envisioned with the stars of the greater universe too, impressing him with the achievable at the advanced age of 85 at the ‘Covenant of the Pieces’. This occurred shortly after Abraham made his own Herculean effort to rescue his nephew Lot from captivity, which ended in incredible success.

Like Abraham, Shatner acted out his journey before making it. As an actor, Shatner was best known as Captain Kirk in the popular television series Star Trek.

Abraham foretold his own future as a journeyman and risk-taker, challenging the idolatrous status quo and discovering the Creator his own way, by logic and scientific observation.