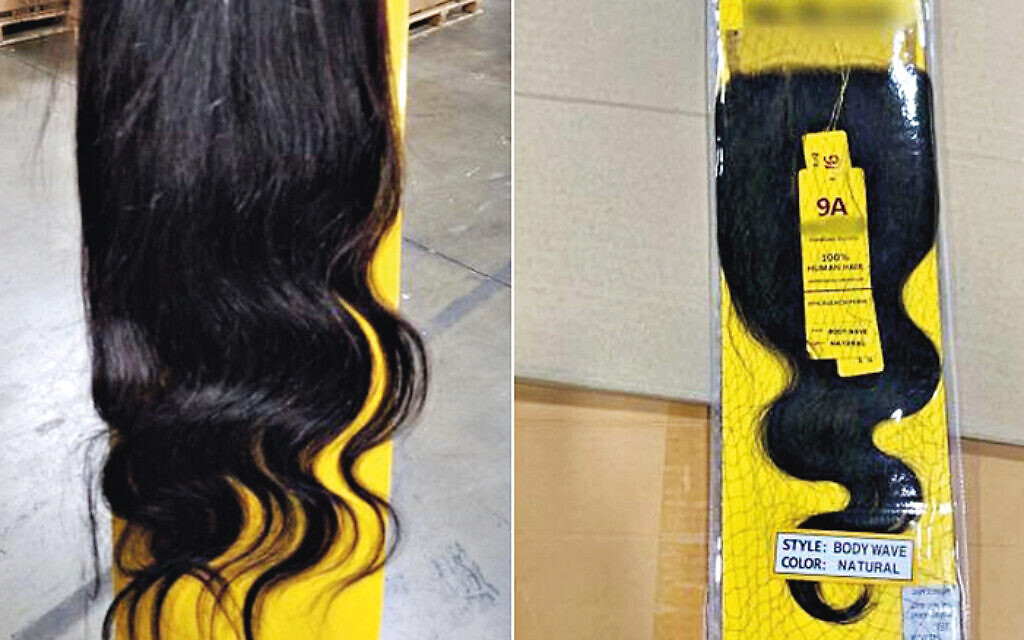 US federal authorities recently seized a shipment of nearly 12 tonnes of human hair believed to have been taken from Uyghur Muslims incarcerated in concentration camps in China’s Xinjiang province. So, what does the Torah day about this?

In 2004, an investigation by a London rabbi on behalf of Rabbi Y S Elyashiv led to a worldwide ban of women’s wigs sourced from  India on the basis the wigs were dedicated as an offering before they were sold on.

The sourcing of human hair taken from people who may be imprisoned for political crimes or for simply who they are is, from a Torah point of view, a lot worse.

In Judaism, idolatry only offends God. Human oppression offends both God and mankind, resulting in a double offence before God, and one for which even Yom Kippur, the day on which sins are pardoned by Him, does not atone or pardon.

The Torah describes the shaving of the head as a humiliation, particularly for women, in the context of women taken as prisoners of war.

The Uyghur are mostly Muslims, but also have among them many ethnic Jews who moved East into China along the silk trade routes since the times of Sassanid Persia.

I have personally met a Uyghur who immediately recognised the tefillin I was wearing when praying in a university multifaith chapel. His surname was Tzadikoff. He was greatly traumatised by how his people were being brutalised, too traumatised to say much.

We must strive to discourage the trade of human organs and of other body parts taking place from within China, which only repeat the horrendous scenes of the Shoah.

In 2008, Israel became the first country to punish organ tourism with a year’s imprisonment.

In Judaism, it is better to pass away than have a hand in the cruel taking of another person’s life, so as to self-preserve. It will be equally more praiseworthy that Jewish women will take extra care not to wear such wigs in the name of piety.

It is now time for all faiths to rise up in joint condemnation of the state persecution of minorities and do what we can to save the Uyghurs from their terrible fate.