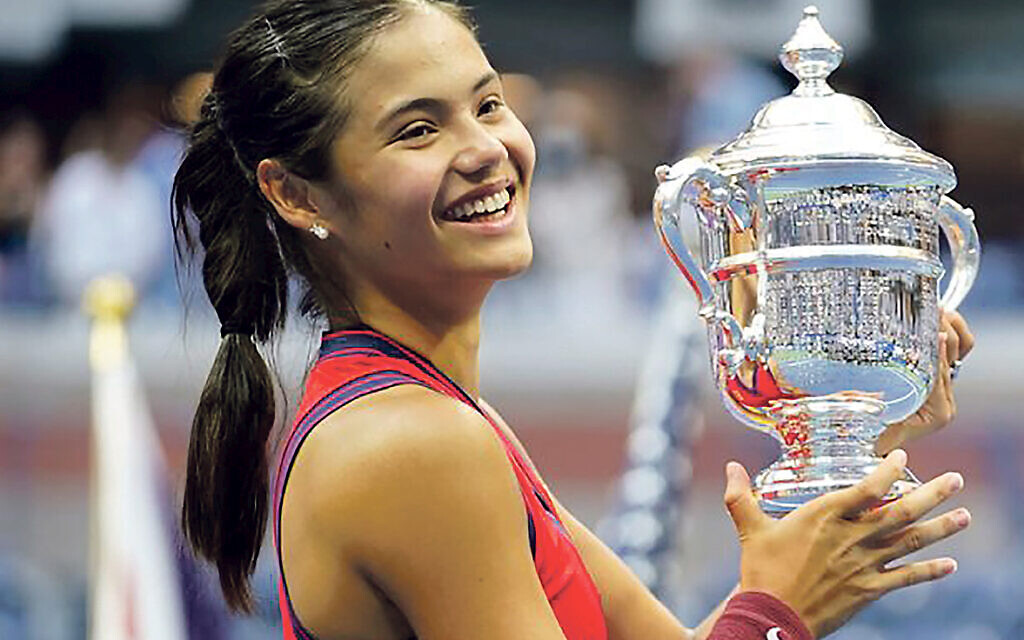 In just a matter of weeks, 18-year-old tennis sensation Emma Raducanu – the daughter of Chinese and Romanian immigrants – went from being seeded 150th in the world to becoming the first woman to win a Grand Slam for 44 years.

So, what does the Torah say about underdogs?

The rise of foreigners to prominence is a long and honoured historic Jewish theme. When Abraham spoke with Ephron, he stressed his newness in the land of Canaan. “I am a stranger and sojourner amongst you,” he said.

Abraham was to take no short cuts with his new neighbours. Many of his descendants have followed suit, not satisfied with a good effort, but the very best effort they can muster.

Emma Raducanu had said that her father was hard to please. Whereas parents should encourage rather than run down a child, being hard to please and somewhat demanding of standards is a good thing and, in Emma’s case, evidently so.

A further point of Biblical note is that it matters not from where one comes. It is not the colour of skin, race and country of origin or creed that matters.

On the contrary, one’s attributes are likely to provide a mix of skills and strengths untypical of what most people are capable.

Our sages teach that according to the effort put in so is the reward. The prophetic stance is that it is a compliment to be compared to anything or anyone that demonstrates hard work, training and self-discipline; ants for persistence in the tasks to which they devote themselves. Ethiopians against whom Ahimaaz raced to prove fleet-footedness, while the Rechabites were praised for abstaining from alcohol.

It is those who break the boundaries of the norms in life who gain special places not only in society, but before God.

It is for this reason that physical qualities feature in the blessings showered upon the tribes and read in the synagogue next week on Simchat Torah. Chag Sameach!

Rabbi Ariel Abel is based in Liverpool