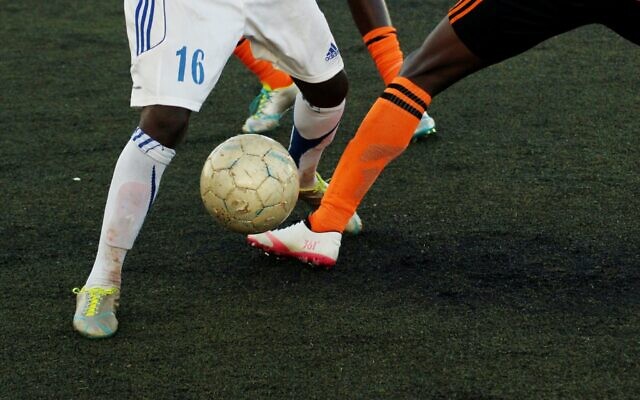 A senior Polish football referee sparked dismay after responding to a campaign launched to counter antisemitism in football stadiums across Europe by claiming the initiative was “just another utter balderdash spun by Jewish centres and milieus – one knows very well for what purpose. ”

Lukasz Araszkiewicz – a FIFA trained referee for 17 years – was responding to an invitation by the Never Again Association, which runs the ‘Let’s Kick Racism out of the Stadiums’ campaign, to take part in an online debate on how to tackle anti-Jewish racism inside football grounds.

Araszkiewicz’s October 4th email stated: “As a referee with seventeen years of experience refereeing at various levels, I have never witnessed antisemitic behaviour; [but] racism – quite the contrary.

“This is just another utter balderdash spun by Jewish centres and milieus – one knows very well for what purpose.

“Please do not send me such invitations anymore because I do not agree with it at all. Jews are not a chosen people despite that eternal hubris of theirs… and portraying Poles as antisemites and talking about Polish concentration camps is the biggest Jewish f*****g despicable thing since World War 2.”

Furious at the nature of the Polish referees email, Never Again Association head Dr. Rafał Pankowski, along with representatives of the American Committee Central Europe, have now written to Fédération Internationale de Football Association (FIFA) President Gianni Infantino calling for him to take a take a “principled position on this matter. ”

In their letter to the FIFA president they added: “Xenophobia and antisemitism are difficult topics for Polish and international football, therefore we did not expect only praise for our initiative. However, one of the responses to the event clearly went beyond what is called difference of opinion or acceptable criticism.”

The letter continued: “Mr. Łukasz Araszkiewicz’s statement repeats the most widespread antisemitic myths about the Jewish community as a homogeneous group that aims to slander countries and ethnic groups – with reactions to antisemitism allegedly being an example of just that.

“Unfortunately, the words of Mr. Araszkiewicz show that the use of negative stereotypes about Jews is a phenomenon that is still present also in the world of football.”

Calling for the president to now act the letter ended by stressing FIFA’S code of conduct in relation to racism and equality issues.