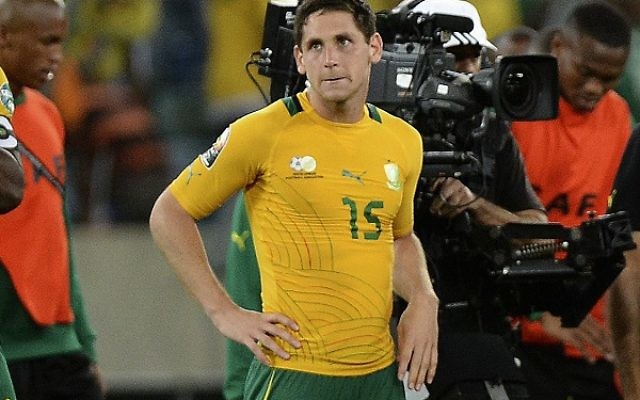 A Jewish footballer who came through Chelsea’s ranks before being capped by South Africa 51 times has said he hopes to inspire young Jewish children who dream of playing top-flight football.

Dean Furman, who was born in South Africa but moved to the UK aged five, said Jewish professional footballers were “few and far between” but there was no reason why that should be the case.

“I would love to see more Jewish players,” he said, speaking to The Guardian. “To become a pro, sacrifice is key. If there was a bar mitzvah party on a Saturday night, I’d leave at 10. It was a sacrifice for my parents.”

Furman was a youth team player for Chelsea but never broke through into the first-team and left to join Rangers in Scotland, before playing for a series of lower-league clubs including Oldham Athletic, Bradford City and Doncaster Rovers.

While he was at Chelsea, his father drove him from north London home to the club’s training ground most nights, meaning “it was a sacrifice for my parents” as well.

“Maybe there aren’t many sporting role-models from the community,” he said. “I hope parents and young Jewish players are looking up to me, Joe Jacobson and Nicky Blackman. There is more security in other jobs.

“Is it a safe career path? Not particularly. But if your dream is to become a footballer you should be encouraged to follow it.”