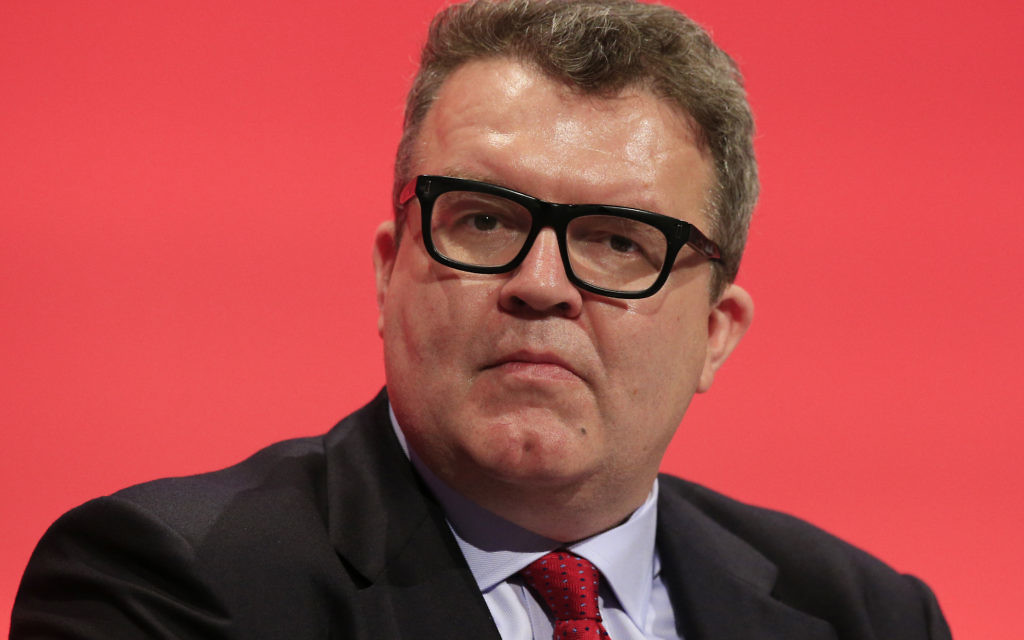 Tom Watson has said he will write to the widow of Leon Brittan to apologise directly after he was criticised by MPs for repeating a claim that he was “as close to evil as any human could get” in connection with sex abuse allegations against the Tory peer.

Brittan, who died earlier this year after a long battle with cancer, has long been linked to allegations of paedophilia and an establishment cover-up.

The Jewish politician was a key figure in Margaret Thatcher’s government before becoming a European Commissioner.

The campaigning Labour deputy leader, Tom Watson was accused of acting inappropriately over his reference to the words of an alleged sex abuse survivor in a newspaper article following the late politician’s death.

Scotland Yard was also attacked over “errors of judgment” in the case in a scathing report by the Commons Home Affairs Committee.

Lord Brittan died in January without being told he would not face action over a claim, made to police in November 2012, that he raped a 19-year-old woman known as “Jane” in 1967.

Mr Watson has faced criticism over his involvement in the matter.

He said he was “sincerely sorry” for repeating the phrase and the distress caused to the family of Lord Brittan when he appeared before the committee last month.

But in their report, members suggested he should go further and write to the late politician’s widow, describing his remarks at the hearing as a “qualified apology”.

It said: “We consider that it would have been more appropriate for Mr Watson to have written to Lady Brittan to apologise, and we recommend that he now does so.”

The committee said it accepted Mr Watson’s motivation in bringing the case to the attention of police, but said: “It is unfortunate that, in writing the article, he could not have hoped to achieve anything other than to further impugn the name of Lord Brittan.”

It was “not appropriate” for the Labour MP to have made the comments in the press, the report said, saying it could have impacted on the Goddard inquiry into child abuse.

It also recommended that MPs should refrain from using parliamentary privilege or their position to name suspects that have not been identified by police.

Police originally determined that the rape complaint against Lord Brittan should not be pursued more than a year before he died.

But the investigation was reopened and he was quizzed under caution in May last year while suffering from terminal cancer.

Mr Watson faced intense scrutiny after it emerged that the interview was carried out shortly after he wrote to the director of public prosecutions asking for the case to be reviewed.

The committee said that although it is “entirely proper” for an MP to try to help those who bring cases to their attention, this can “can create difficulties in determining where the line should be drawn” in matters relating to the criminal justice system.

Keith Vaz, chairman of the committee, said: “Members of Parliament should take care that their passion for justice should not cross the line into areas that are not appropriate or for giving rise to any perception, real or imagined, that the criminal justice system is being used for other purposes.

“An apology from Tom Watson to Lady Brittan would draw a line under these unfortunate circumstances.”

In response to the report, Mr Watson said: “I apologised on national television for repeating the words of an alleged abuse survivor.

“I made it clear that I was sincerely sorry for the distress caused to Lady Brittan and her family.

“I didn’t write to her because I wasn’t sure that a letter from me would be well received.

“But if committee members consider that to be the correct course of action, I will certainly heed their advice and write to Lady Brittan.”

Leon Brittan was buried in an unmarked grave for fears it would be vandalised, due allegations of covering up of a paedophile ring.

His burial on 28 January of this year was ‘very private’, and upon the request of the family, only those who have their permission can see the grave.

They outlined that fears of the grave being vandalised due to the accusations are the main driver for the decision, according to Exaro, the Investigative Journalist site.