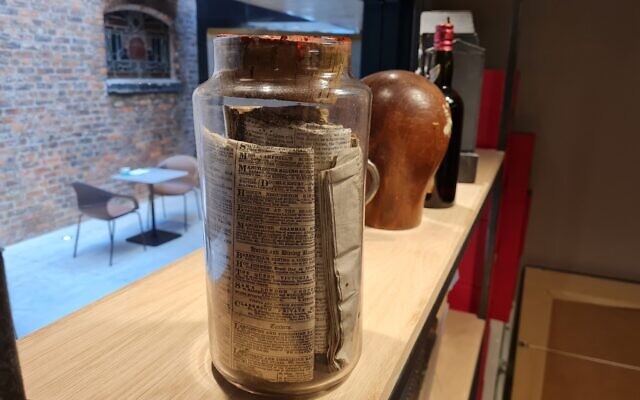 The time capsule has gone on display for the first time

A glass time capsule from 1873 has gone on display for the first time at the Manchester Jewish Museum, but its contents remain a mystery.

Last year, construction began to add a multi-million pound extension to the museum, alongside a renovation of their Grade II*-listed Spanish and Portuguese Synagogue.

During the work, builders stumbled upon the time capsule, which had been buried deep in a wall cavity near to the synagogue’s Ark, dated to the building’s foundation in 1873.

The wax-sealed capsule, which is filled with papers, coins, and synagogue documents, is now on display in the window of the museum’s new Collection Store.

Officials at the museum say they are working with paper conservators to safely open the capsule next year. 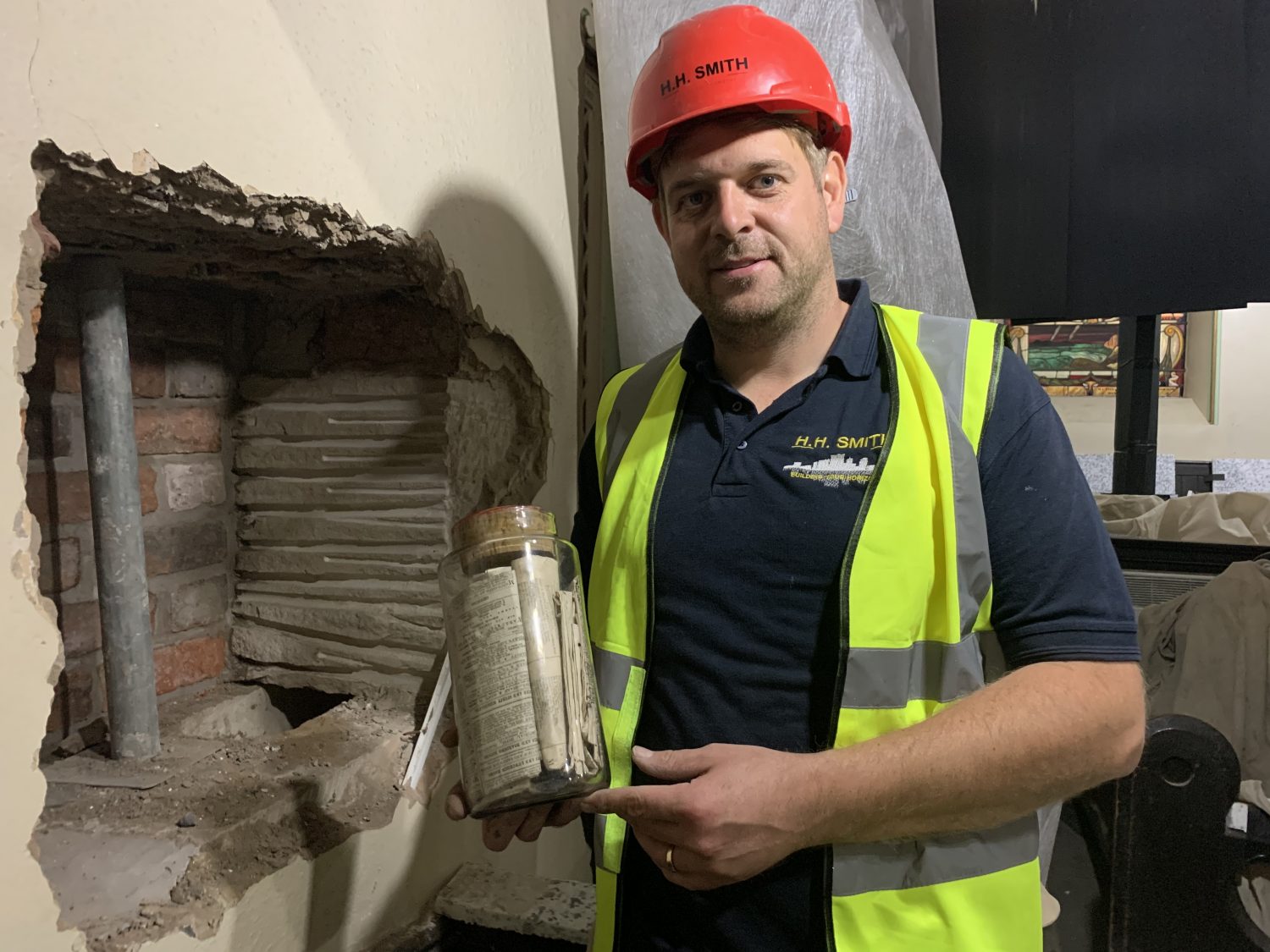 The discovery of the time capsule

The museum’s curator, Alex Cropper, said: “To discover such a perfectly preserved artefact whilst constructing our new building was something we could never have predicted.

“It gives us a glimpse in time of when our beautiful Spanish & Portuguese synagogue was founded, and of the community that founded it.

“I can’t wait to finally open it and discover more about the synagogue’s origins and preserve it as a vital part of Manchester’s Jewish history.”

The building is the oldest surviving synagogue building in Manchester, and was given a new lease of life as the Manchester Jewish Museum in 1984.

It became home to more than 30,000 objects, ranging from personal letters and photographs to Torah scrolls hidden from the Nazis during the War.

The museum reopened its doors on 2 July, after a £6 million major capital development supported by The National Lottery Heritage Fund.