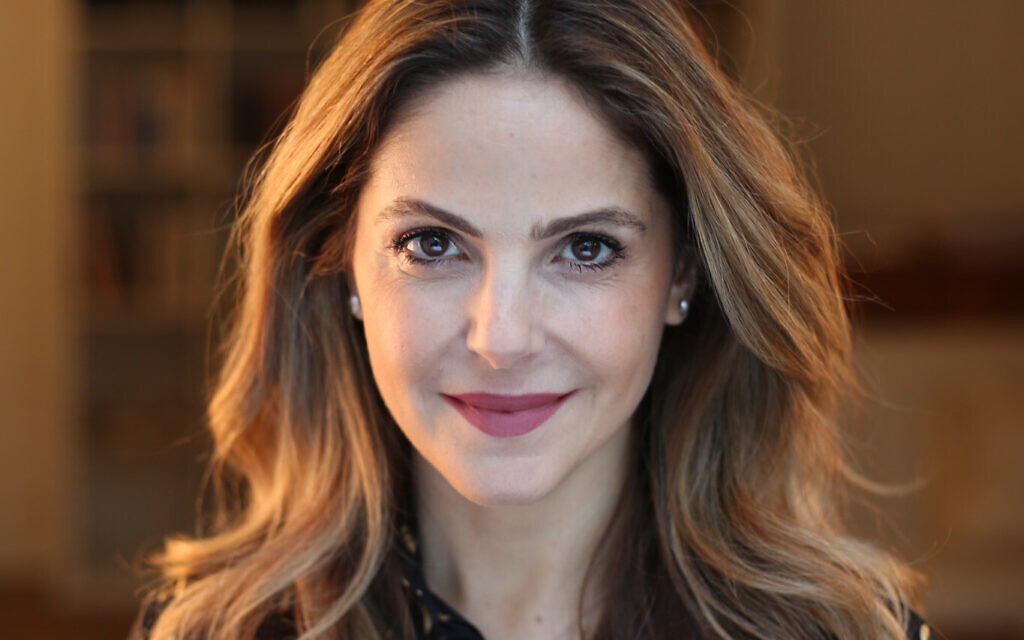 Michal Oshman's new book What Would You Do If You Weren’t Afraid? looks for meaning through Jewish wisdom

Michal Oshman’s CV is formidable. She’s head of company culture, diversity and inclusion at TikTok Europe, having been in charge of international leadership and team development at Facebook. She has held other impressive positions, trained hundreds of tech leaders and holds three degrees from prestigious universities.

So why, then, does Oshman, 45, describe herself as having been riddled with fear and anxiety?

The answer is revealed in her new book, What Would You Do If You Weren’t Afraid? Discover a life filled with Jewish purpose and joy through the secrets of Jewish wisdom, which is published today.

Elucidating Jewish spirituality for others is something she is extremely passionate about; in fact, she sees it as her duty to play a role in helping people find themselves.

“The book is about a discovery of an ancient wisdom that is not considered, at the moment, as a way to heal and help grow,” she explains. “And it’s my story that represents, I think, millions of other people … a story of dealing with something in your internal world and faking a different life in the external world. But it’s also a story of hope and solution.”

Oshman’s book is based on 10 key principles, the titles of which include “finding your flame (neshama)”, “cross your narrow bridge (gesher tzar me’od)”, “repair your company’s culture (tikkun)” and “guide your children by the soul (chinuch)”.

The Israeli-born author, who now lives in London, wants the reader to step outside their comfort zone and discover who they have the potential to be. She invites them to answer searching questions, reminding them that “If you change nothing, nothing will change”.

Within each chapter, and in a down-to-eath and honest way, Oshman shares her own experiences – such as a relationship break-up with the man she thought was ‘the one’, learning later in life that her subordinates had feared her in the army, considering her a “tough and unfeeling leader” and how her selfesteem suffered after not winning what she thought were deserved promotions at work. She then reveals how she has come to understand the learning opportunities from each episode.

She has absorbed the Chabad-Lubavitch teaching that, far from being perfect, life is actually full of struggle and that is okay; imperfection is a positive tool for growth.

The mother-of-four grew up in a loving family in Tel Aviv but underwent years of psychotherapy to unpick the reasons for her extreme anxiety and fear.

Growing up with parents who were highly accomplished, she was under the impression – wrongly – that their love for her was conditional on her success.

Her grandparents on both sides – to whom she was very close – were Holocaust survivors and the grandmother who lived next door would wake up screaming that the Nazis had returned.

Oshman’s parents were raised with a “survival mindset”. Additionally, through her father’s job as Israel’s top forensic pathologist, she was unwittingly exposed to bad things too early – she saw her first dead body in the morgue aged seven.

Her fear was all-pervasive; she always thought of the worse-case scenario. But she hid it, becoming a people-pleaser and never revealing to her parents her inner thoughts.

As an adult, she would fill in her children’s school trip permission slips thinking she was signing their death warrant. What if something bad were to happen, she would wonder.

Therapy helped her up to a point, but she was asked to rake over the past in what she felt was a negative way. It was only when she discovered Jewish wisdom seven years ago that things – slowly – started to fall into place. 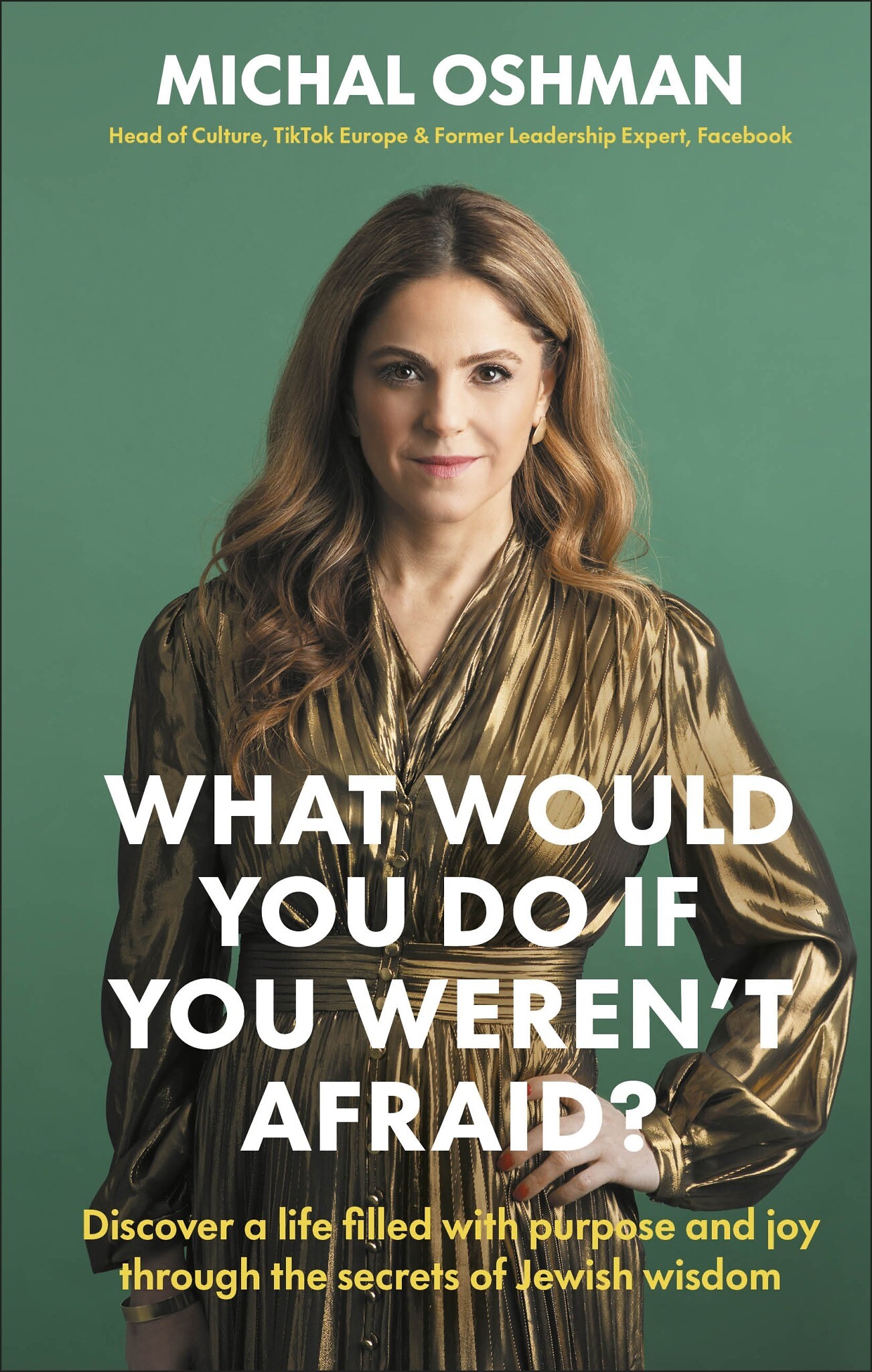 What Would You Do If You Weren’t Afraid? by Michal Oshman is published by DK, priced £12.99 (hardback). Available now

Having lived through the horrors of Auschwitz and other camps, Frankl discovered that the prisoners who showed more of a will to survive were those who had found meaning in their lives.

His work, coupled with Oshman’s fledgling interest in Chasidic teachings, made a profound impression on her.

Standing in reception on her first day at Facebook, she noticed a question on the wall: “What would you do if you weren’t afraid?” The words resonated loudly, as did the corporate’s motto of “fail harder”.

For a self-development book that discusses complex Jewish wisdom, it is extremely accessible and practical. She hopes it will strike a chord with non-Jews as well as Jews who see Judaism reduced to a set of rules.

“I care deeply about building bridges between communities,” she explains. “I think it’s a universal book. You don’t have to practice anything to experience these principles.”

Like the message of 18th century Rebbe Nachman of Breslov that people need to cross their personal or narrow bridges, this book is Oshman’s own bridge.

Having to put herself out there to promote the book is, she says, daunting, as is being so open about her personal life, including wearing her Jewishness on her sleeve. She now sees no contradiction between her professional and private lives, however, and cites as one of her inspirations Nicola Mendelsohn, Facebook’s European vice president.

But Oshman describes herself as someone who will always call out the elephant in the room.

“I do enjoy being in that uncomfortable, slightly raw place, and trying to navigate to something positive and productive,” she says.

She believes we must question the reasons behind our choices. “When I wake up, what gives me energy and what doesn’t?” she asks. “I also do things that I don’t feel like doing, but if I do them most of the week, I need to be curious about that.

“We have an opportunity to do something meaningful.”

What Would You Do If You Weren’t Afraid? by Michal Oshman is published by DK, priced £12.99 (hardback). Available now