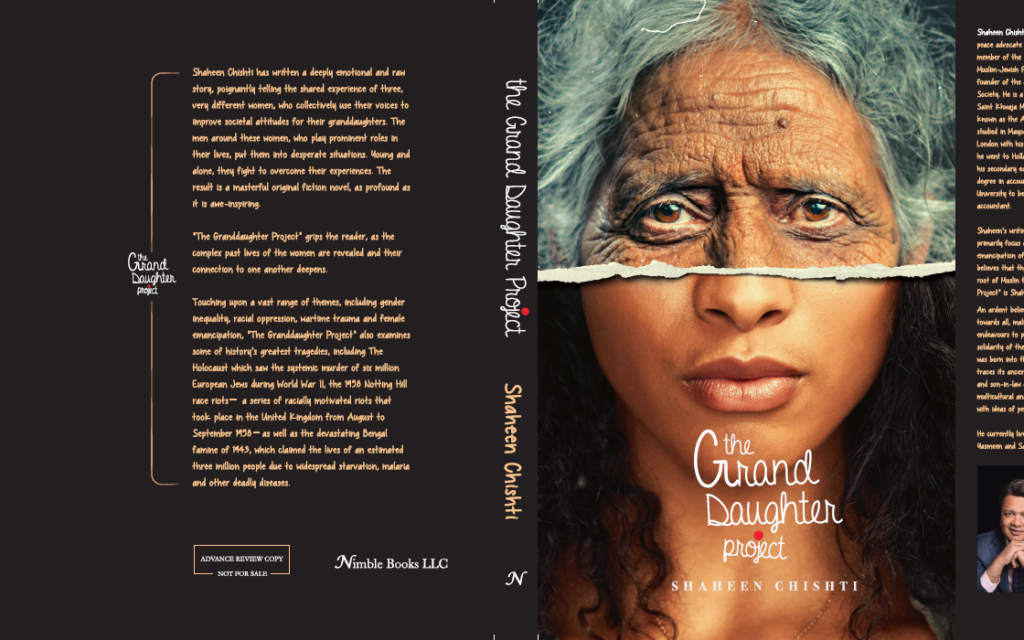 It would be a mistake to assume that The Granddaughter Project, Shaheen Chishti’s debut novel, is only a novel for it is so much more than that. Emphasis must be placed on the last word of the title first — “Project” and then shift back to the first noun — “Granddaughter.” Thus, the reader of The Granddaughter Project is invited to engage and work outside the narrative frame which Shaheen Chishti has created. He seeks the empowerment of women as a peace activist. He comes by this honestly through his deep Sufi roots which can be traced back to the Sufi Saint Khwaja Moinuddin Chishti and the Ajmer Sharif Dargah (shrine). Indeed, his lineage links back to the Noble Prophet Muhammad. The Sufis have a long-standing tradition of nurtured the spiritual within in order to reach out to others and to spread peace. Shaheen Chishti wants peace of mind for women and especially the Jewish community which has been poorly understood. Most people do not know Jews. Shaheen Chisht fortunately does.

This is at the heart of his brilliant Project which really focuses on communicating with others who are not necessarily like one’s self or to put it another way around to move out of our comfort zone. 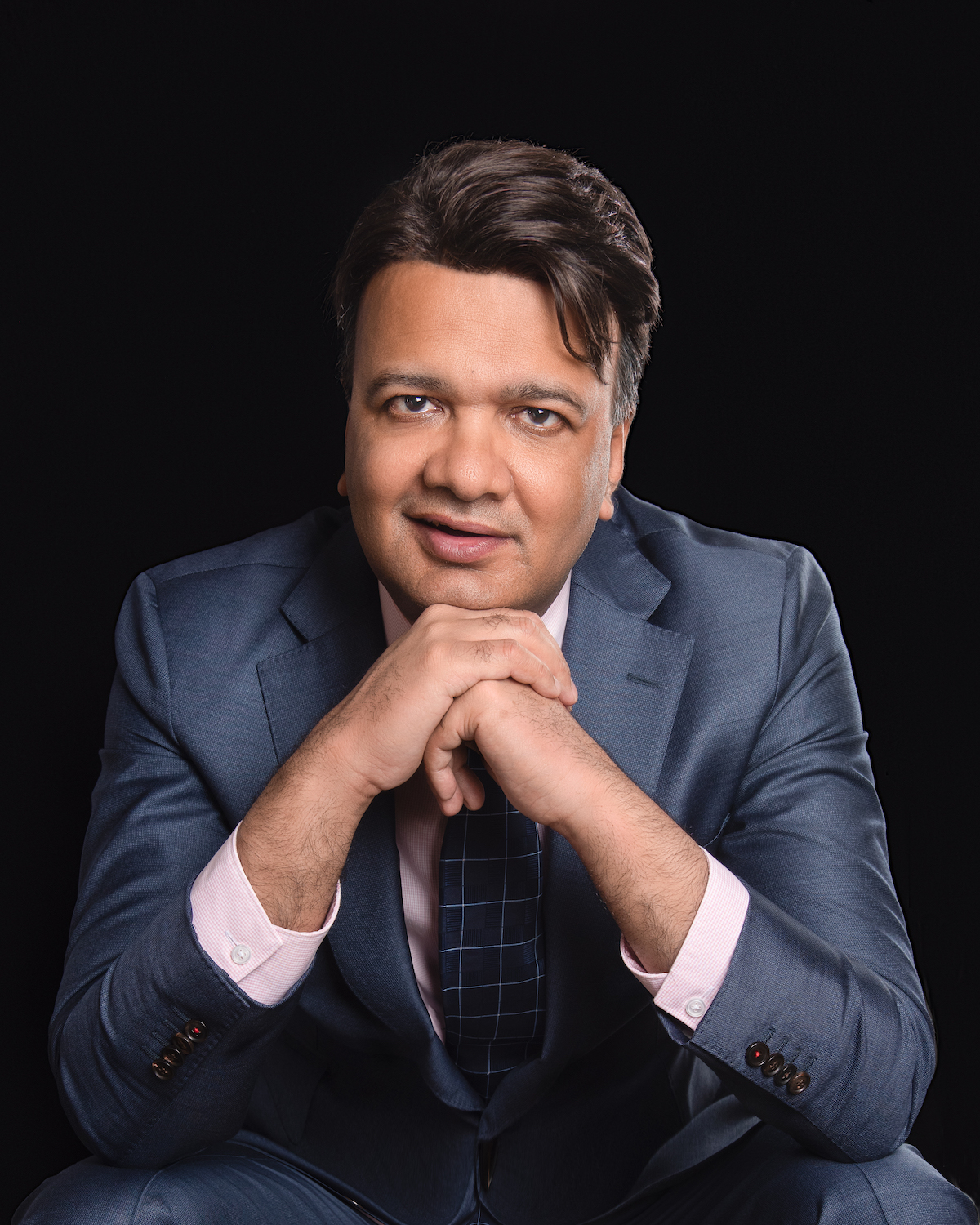 Shaheen Chishti is perhaps already known to some on account of The Jewish News interview of him concerning his efforts to educate Urdu speaking Muslims about the Shoah, the Jewish genocide of 6 million unarmed men, women and children during the Second World War.

Full disclosure: This prompted me to contact him because I have been working informally on normalization of relations between Israel and Pakistan. I was the first Israeli to be live streamed from Islamabad in August 2020. Subsequently, I had discovered that diaspora Jewry and Israel have not been able to do much hasbara, i.e. Hebr. educating, specially about the devastating Shoah for the Urdu speaking communities. I had already started exploring what materials existed in Urdu on the Shoah. I had even begun to dabble in Urdu myself as a lover of languages.

For example I found a few articles at the United States Holocaust Memorial Museum. I discovered that Stephen Spielberg’s Schindler’s List had been subtitled in Urdu. There are over 650 million Urdu speakers, this is a diverse community in and of itself about which we Jews should deeply care. Truly Shaheen Chishti foresaw this and intuitively knew that something needed to be done. He took initiative on his own and set up two websites in English and Urdu to educate about the Shoah as well as Israel. Then he came up with an even more brilliant idea – a modern day epistolary endeavor in order to spread peace and understanding through his  – The Granddaughter Project.

Shaheen Chishti has composed a well-crafted novel based on the lives of three traumatized grandmothers who have all lived through hell within their own cultural experiences. The three women are very different but share the horrendous experience of violence at the hands of patriarchy and war. 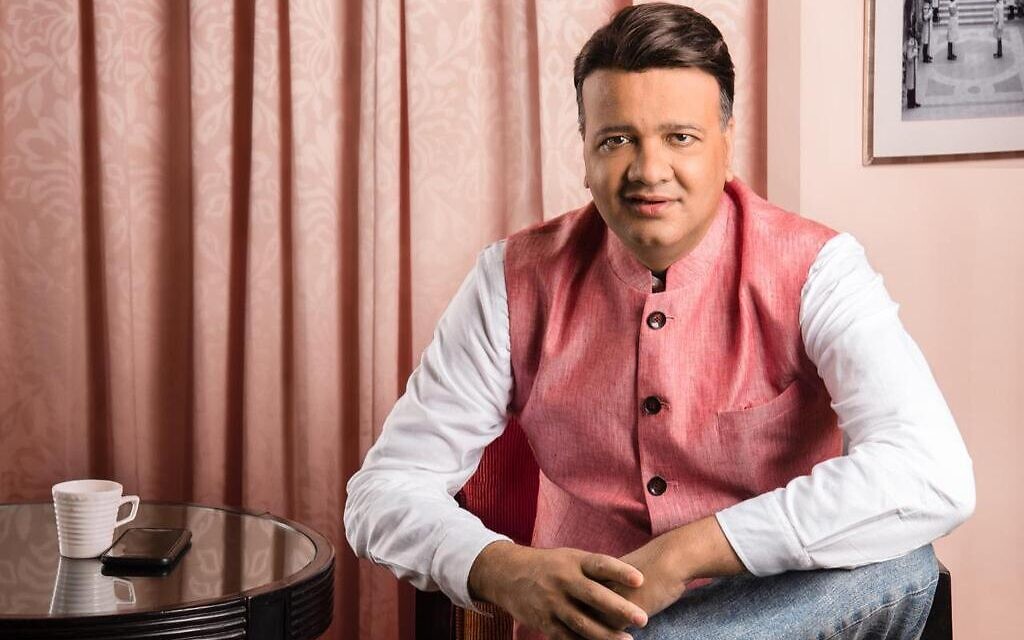 Three events loom in the background of the three grandmothers: Lynette’s the violent race riots of Notting Hill of 1958, Kamla’s sufferings during the Bengali famine of 1943 and Helga surviving Auschwitz. The three meet each other and they write letters which must be delivered to their granddaughters, thus creating a unique “social” network propelled by rare emotion and intellect.

Empathically skillful Shaheen Chishti gives voice to this special trio of grandmothers. Helga, our Holocaust survivor, left with no family manages to move forward in life all be it at great pains for the shadow of Auschwitz impacted on her daughter and granddaughter. Intergenerational transmission of trauma is something that Holocaust research gave to in the field of psychology. Second and third generation children of Holocaust parents and grandparents continue to search for meaning in life so heavily shaped by this devastation. So too is the case for Lynette and Kamla who survived the Notting Hill race riots and the Bengali Famine respectively.

As a psychoanalyst turned counter terrorism expert I can attest to the fact that the abuse of the female is at the eye of the storm for political terrorism, suicide bombing, beheadings etc. Whenever I get a chance to lecture I always emphasize the importance of early childhood development of the baby and the mother. I try to remind my audience that we are all more alike than we are different; violence is violence it doesn’t care how we label it; everybody has a mother and the mother (or primary care giver) is the first cultural interpreter for the baby. She is like the computer company Intel, making the brain of the baby during the most formative years. By extension the grandmother plays a equally important role precisely because she is THE “grand” – mother. From this strong and special bond Mr. Chishti has forged a page turning novel of raw emotion which becomes a clarion call to dedicate our lives to the empowerment of women. Reminiscent of Rabbi Tarfon’s saying “You are not obliged to complete the work, but neither are you free to desist from it.”

Changing hats for the moment I too am “savtah” (Hebr: grandmother) to seven of which two are little girls, I relished the title and fell in love with the “Project.” I imagine writing to my own granddaughters, letters to be delivered across cultures, languages, religions, races and creeds, whereby they will create a web of goodness and peace. At the same time I would wish to explain the contours, obstacles, passions and attempted deeds of my own life with a dose of grandmotherly advice, hopefully wisdom. As I stated at the start The Granddaughter Project is so more than a novel for it leaves us with this sense that we must rally and move forward to effect change. Shaheen Chishti’s personal motto is “Malice towards none; love to all.” Mine is: “Change will come through the women.” I must now revise my motto to – “Change will not only come through women, but it will also come about because of Shaheen Chishti’s genuine endeavor.” This is a Project that must be fully embraced. The abuse of women and girls must end and when this happens we will surely have peace.