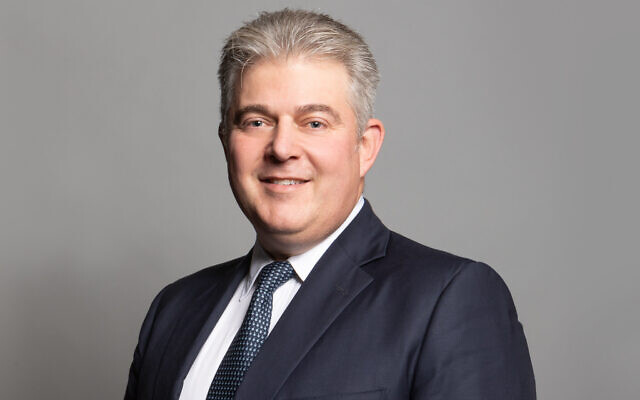 Brandon Lewis said the EU needed to “engage properly” with the UK’s position on trade to sort out “underlying problems” disrupting everyday life in the region.

Highlighting the risk that Belfast’s small Jewish community would be unable to import kosher food, Mr Lewis said: “To have the EU effectively saying to the Jewish community you can’t source your products in your own country is a pretty despicable place to be.

“And to not understand that an elderly, vulnerable community like that cannot travel 100 miles each way once a week to get their shopping, I think is pretty poor form. I find that disgraceful, to be frank.”

His comments came amid arguments about the post-Brexit Northern Ireland Protocol, a week after the UK unilaterally extended grace periods for importing chilled meats from Great Britain to Northern Ireland without checks. The EU “took note” of the move.

Mr Lewis said: “The practice of the implementation is not working for the people of Northern Ireland. It is disrupting everyday lives of people and their communities.

“You’ve probably seen the stories around the challenges that the Jewish community’s having. This is not about unionists versus nationalists, everybody is suffering, businesses are struggling to get goods over, it’s not respecting the internal market of the UK.

“In its current state it’s not sustainable.”

He added that he had spoken to DUP leader Sir Jeffrey Donaldson about his threats to collapse Stormont over the protocol, but said the real issue was solving cross-border trade.

Mr Lewis said: “This is not about trying to find odd solutions to odd problems, it’s about solving the underlying problems creating all of these symptoms.

“I think what Jeffrey’s outlined and others across the unionist parties – and actually, to be fair, the nationalist parties in Northern Ireland have said the protocol isn’t working – but issues do need to be resolved.”