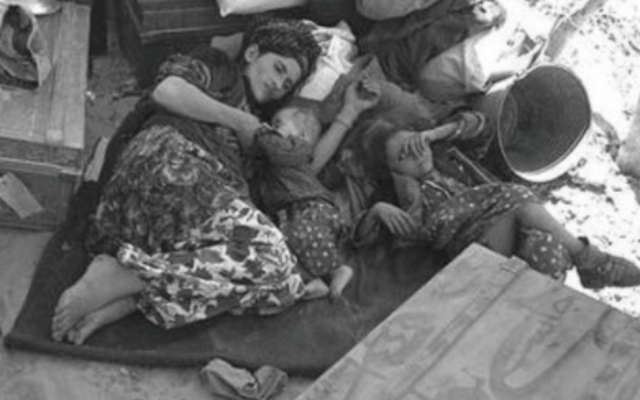 Many Jews chose to leave Iraq after the Farhud in 1941

Over 12,000 people have lit a virtual candle to remember the victims of the Farhud, an anti-Jewish pogrom in Iraq, on its 80th anniversary.

Nearly 200 people were killed and many hundreds injured during violent rioting and looting in Baghdad in 1941, just as Britain defeated a pro-Nazi government there in a campaign of the Second World War.

Synagogues and Jewish businesses were looted and Torah scrolls burned over two days before order could be restored.

The events contributed to the wholescale departure of Iraq’s entire Jewish population within a decade, uprooting one of the oldest communities in the world.

This week’s commemoration was the idea of David Dangoor, a businessman and philanthropist who grew up in the Jewish community of Baghdad but now lives in the UK.

On Tuesday morning, the anniversary of the Farhud, 12,585 people had registered to raise awareness by “lighting” a virtual candle and sharing the image online.

“The Farhud was a tragic event that sounded the death knell for the oldest Jewish Diaspora community, but sadly is not well known around the world,” Dangoor said.

“It is vital that the Jewish world and beyond commemorate the Farhud to understand better how to deal with hate, incitement and violence, and prevent such events from happening in the present and future.

“Even up to the very end, many Jews and Arabs in Iraq refused to be enemies and lived and worked side by side. Animosity was largely imported from outside and incitement used as a tool for political goals.

“Unfortunately, we see many similar worrying signs in the violence in Israel, the US and Europe in recent days.”