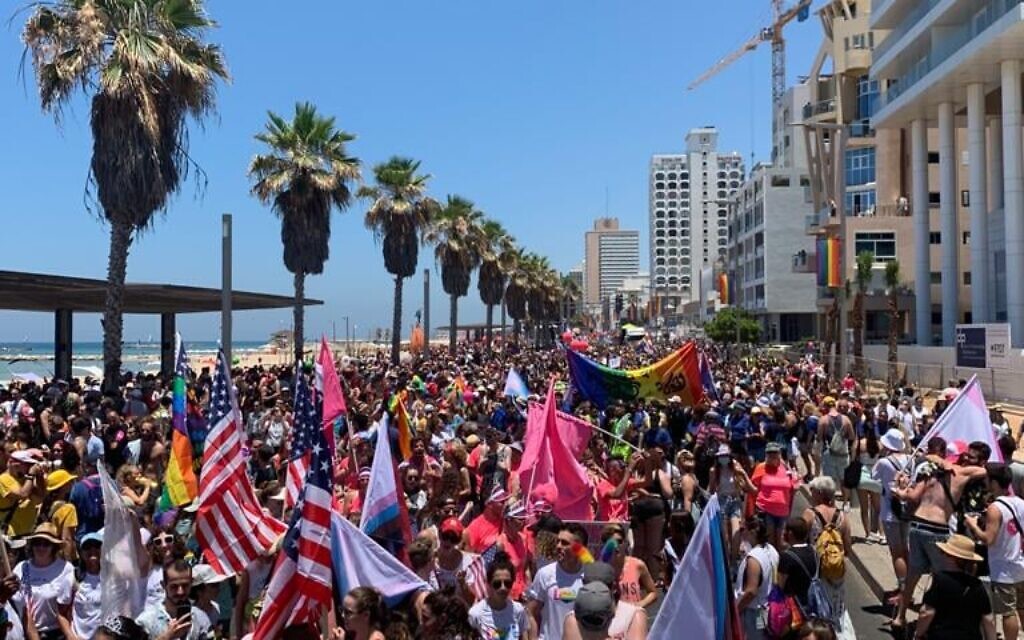 Thousands took to the streets of Tel Aviv to celebrate Pride (Image: UK in Israel)

Tens of thousands of people have flocked to Tel Aviv to take part in Pride – among the largest pride events held since the coronavirus outbreak.

The event, which began at noon in Israel (9 o’clock GMT), might be the largest parade in the world since coronavirus, said the Tel Aviv municipality.

Colourfully-dressed revellers took to the streets under rainbow banners, with the parade stretching from the city centre, along the beach and towards the port of Jaffa.

Tel Aviv Mayor, Ron Huldai, welcomed the return of the Pride, saying the city was a “warm home” for the LGBTQ community. The event had been cancelled last year over virus transmission fears.

“This year, more than ever, we will celebrate together, march together, and fight together for equality,” he said. 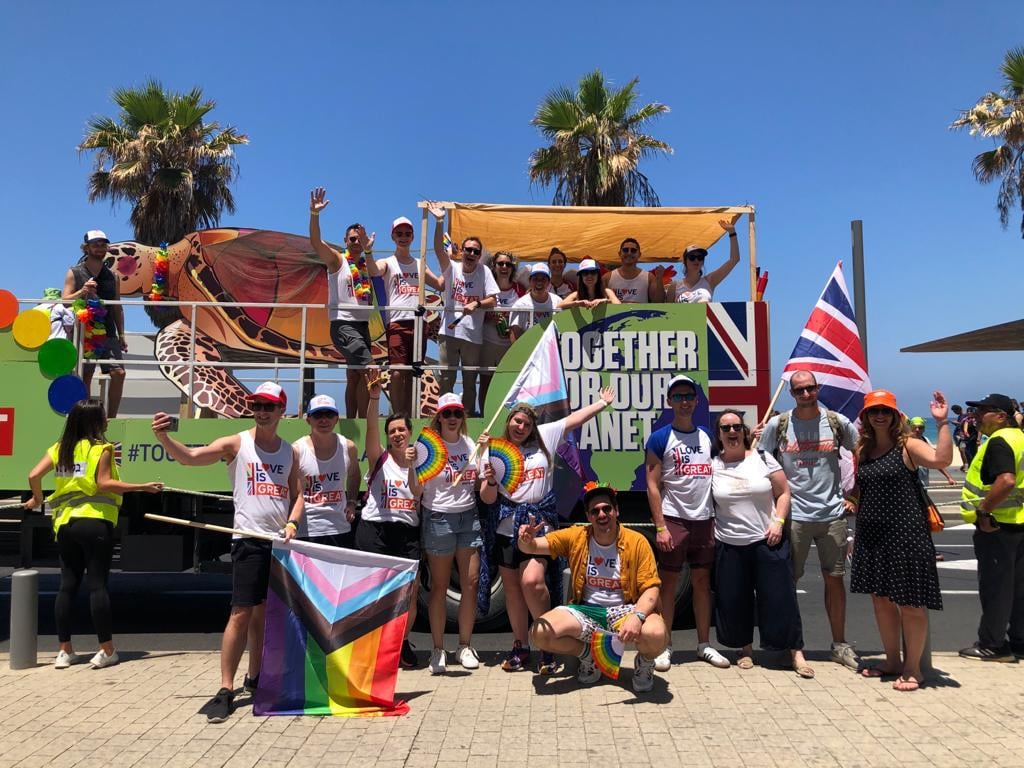 Staff of the UK embassy in Israel pose in front of their float (Image: UK in Israel)

Parade-goers were urged to celebrate safely, after Israel reimposed its indoor mask wearing rules amid a slight uptick in cases.

Police had also made a number of arrests in the hours leading up to the event, including a man from Tel Aviv who officers claimed was planning to harm participants.

He was allegedly caught with a taser, nunchucks and other items.

Among those attending the march was the UK ambassador to Israel, Neil Wigan, who led embassy staff on a recycled float.

“I’m delighted to march with everyone again this year, to support the LGBT+ community and for a fairer, more tolerant society,” he said.