Jewish men and women who fought and gave their lives for this country have been honoured at the 100th anniversary of the annual Association of Jewish Ex-Servicemen and Women (AJEX) parade at the Cenotaph, in Whitehall, central London.

Thousands attended Sunday’s event, which took place a century on from the laying of the first Star of David wreath in 1921 by a group of Jewish ex-soldiers from the Judeans – the 38th, 39th, and 40th battalions of the Royal Fusiliers.

AJEX chief executive, Fiona Palmer, said the organisation was “proud” of the “service, strength and resilience” of “the men and women of our community who fought to protect our country and stood up against antisemitism”.

Serving Jewish armed forces personnel from the Royal Navy, British Army and Royal Air Force were amongst those to parade with veterans and their families and friends at the moving ceremony.

AJEX’s chief exec added:”We are proud of their service, strength and resilience – which resonates after 18 months of the Covid Pandemic.”

AJEX National Chairman, Mike Bluestone said: “It is with immense pride that we came together at this event in such huge numbers to Remember. We will never forget the sacrifice made by so many and we could not enjoy the very freedom that we and our entire community enjoy today without their actions and dedication”. 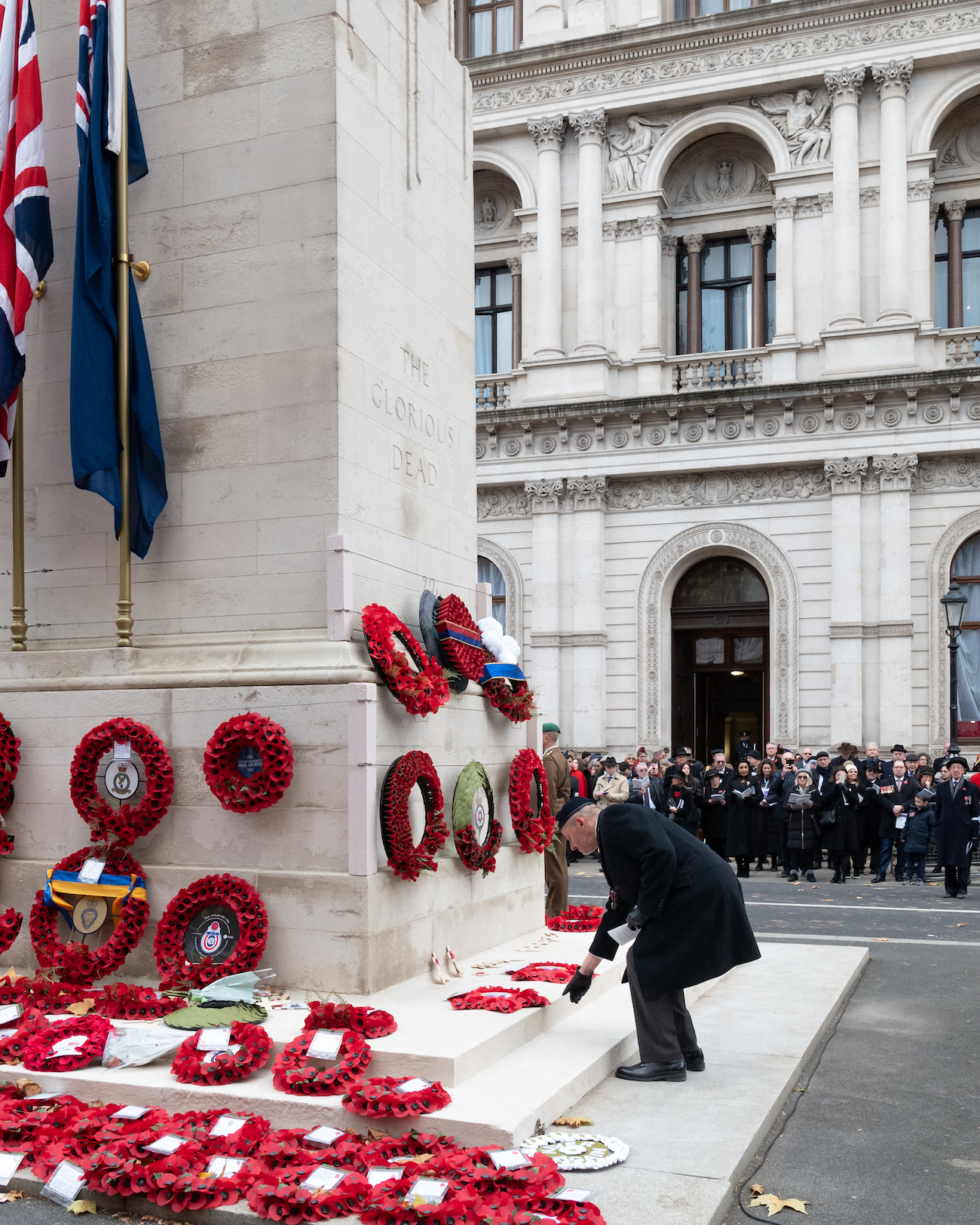 Mike Bluestone, AJEX National Chairman lays wreath in memory of all those in the Allied forces who died in the two world wars.. (Credit: David Lake)

The parade was commanded by Ron Shelley MBE, national vice-president of Ajex, and supported by Lieutenant Colonel Simon Soskin as his second in command.

Amongst those to take part in the parade was 99 year-old World War II veteran Arthur Lawson MBE, father of Everlyn Yedd, of the Scottish Council of Jewish Communities.

The communal youth organisation JLGB and the JFS Combined Cadet Force were also involved in the event along with contingents from other schools and youth groups.

The veterans had gathered at Horse Guards Parade before marching down Whitehall led by the Band of the Scots Guard.

Board of Deputies President Marie van Der Zyl was amongst those in attendance, with a wreath laid at the Cenotaph to honour all those members of the communal organisation who had served in both World Wars.

At the conclusion of the ceremony the Royal Marines Band performed Adon Olam. 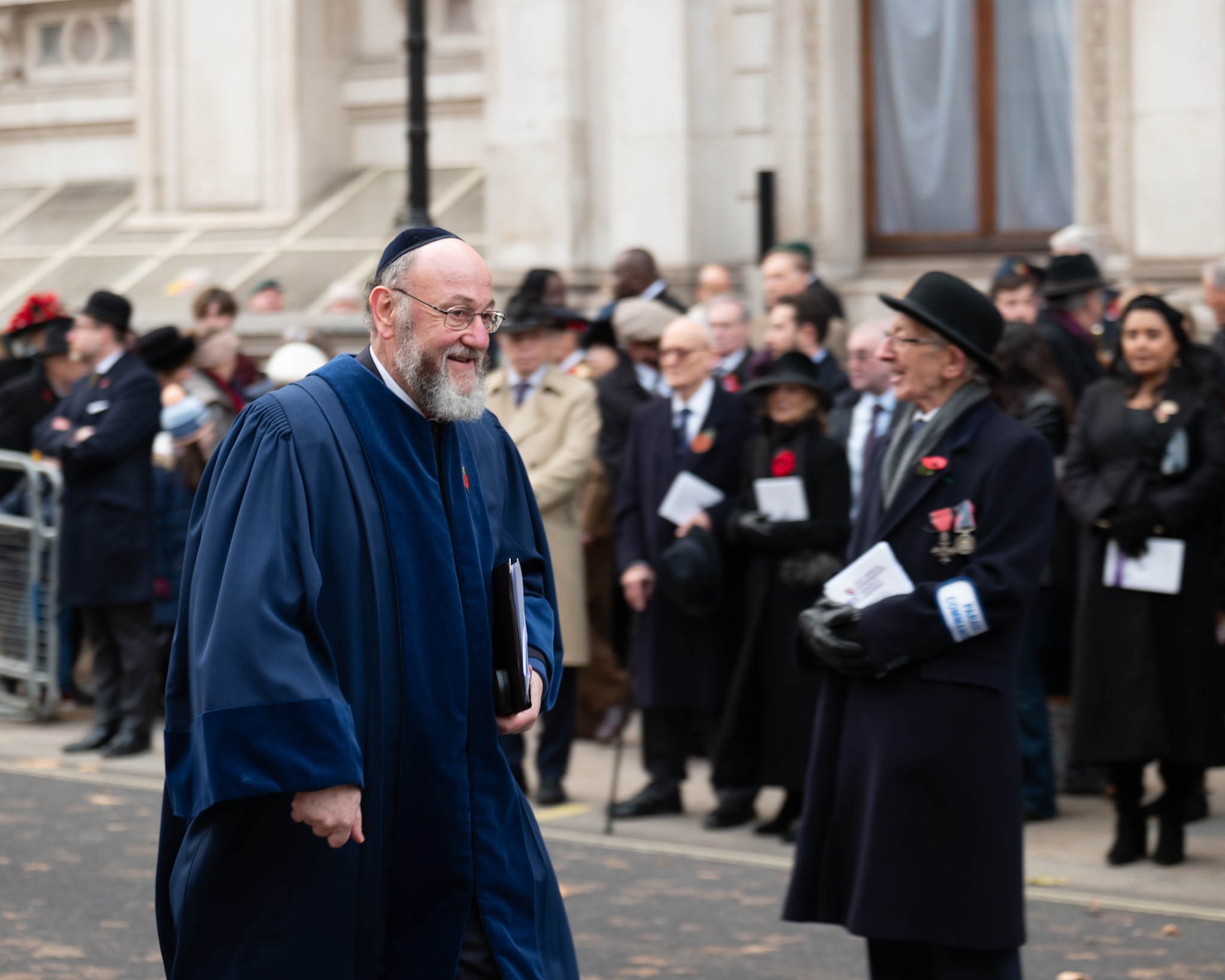 Mark Gardner, chief executive of the Community Security Trust, later tweeted:”Privileged to be there.”

Organised by the Association of Jewish ex-Servicemen and Women – The Jewish Military Association (AJEX-JMA), the event honoured those who fought in the military, many of who lost their lives, while promoting a message of education for future generations.

In a statement the Board said: “A moving tribute this afternoon, 100 years since the first Jewish veterans laid a wreath at the Cenotaph.

“Today we honour the thousands of Jewish servicemen and servicewomen who have fought and served our country.” 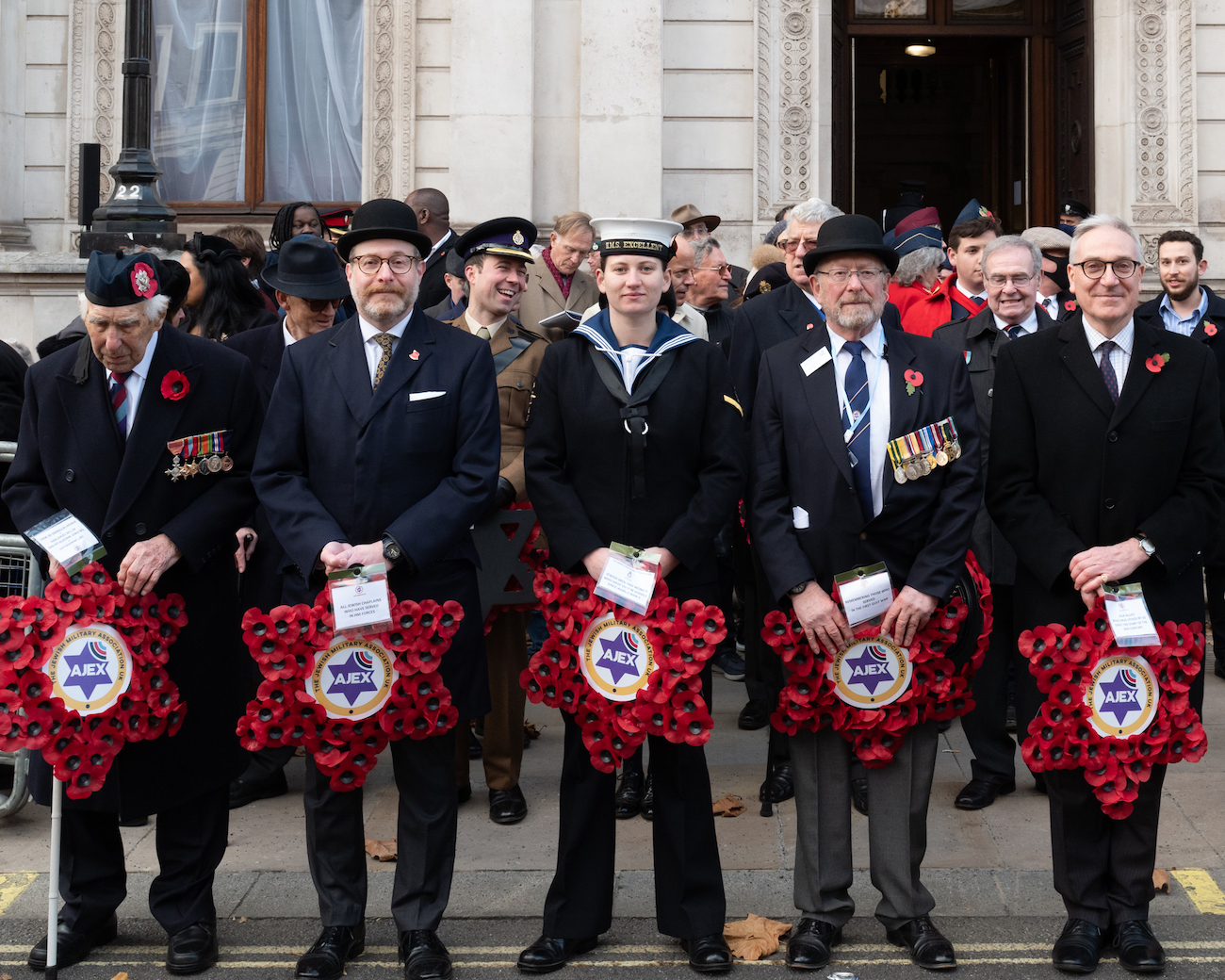