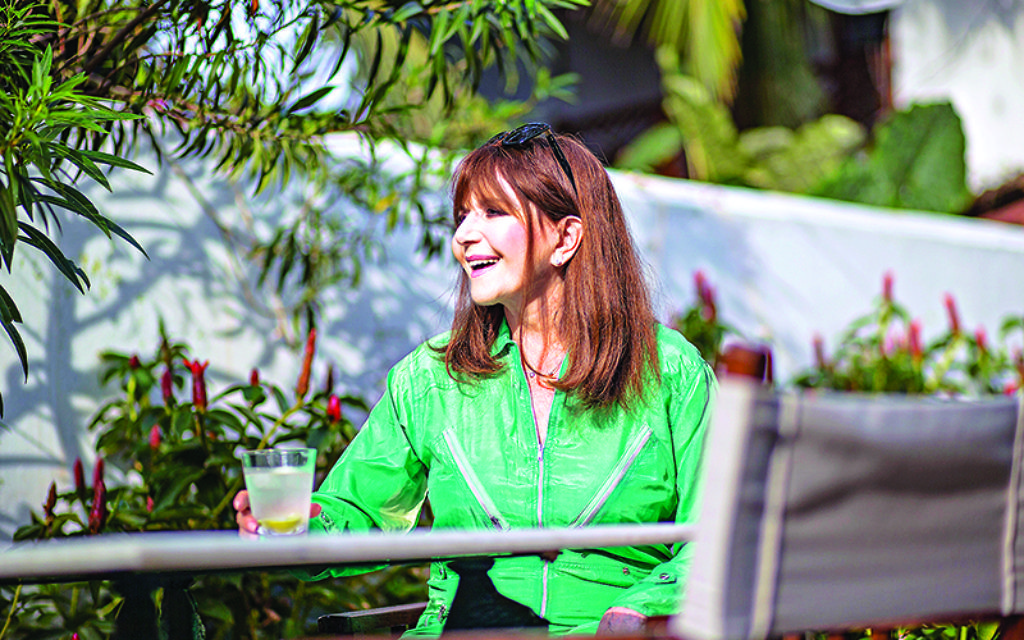 Dr Miriam Stoppard was one of eight celebrities who travelled to Kochi, India in The Real Marigold Hotel

When she decided to marry a non-Jewish man, Miriam Stoppard’s father sat shiva, covered up his photographs and told her she had never existed. It was, says the well-known agony aunt, the most painful betrayal that a parent could heap upon his child.

But over 50 years later, Stoppard found herself suddenly forgiving her father, Sidney, and in the most unlikely of places – inside a 12th century synagogue more than 8,000 miles from home.

The well-known author and columnist, formerly married to playwright Tom Stoppard and mum to actor Ed Stoppard, experienced her emotional epiphany while filming the new series of BBC1’s The Real Marigold Hotel.

Stoppard, 79, was one of eight celebrities, including fellow Jewish personality Lionel Blair, as well as Bill Oddie, Dennis Taylor and Amanda Barrie, who jetted off to Kochi, India for a month to experience what it would be like to retire there.

Born into an Orthodox Jewish family from Newcastle upon Tyne, the former television presenter says she stopped believing in Judaism aged 12 and describes herself now as an atheist, but still very much identifies with her background.

“My Jewishness runs through me like Brighton rock,” she reveals.

So when she was offered the chance to visit Jew Town, Stoppard embraced the opportunity to find out more about Kochi’s once flourishing population, but now numbering just a handful.

“The main street of Jew Town is actually very pretty,” she recalls. “And there are lots of shops and bazaars selling fabrics and carpets and ceramics. There were stores reminiscent of my Jewish childhood, an embroidery store where they sold Sabbath tablecloths and a book shop selling Jewish prayer books. As you walk down the street, you kind of imbibe the last traces of Jewishness.”

Stoppard even had the opportunity to meet 93-year-old Sarah Cohen, Kochi’s oldest Jew, who sits at her window, happily greets tourists and “reads her siddur all the time”.

But it was a 12th century synagogue tucked away on a side street that would leave a lasting emotional impact on Stoppard.

“Having been brought up in an orthodox Jewish way, with the women separated upstairs, I had never walked in the lower part of a synagogue,” she confesses. “I was walking through this synagogue, looking side to side, expecting at any minute to be told to go back upstairs! The caretaker asked if I would like to go up on the bimah and I hardly dared step on it. Then he asked if I would like to go up to the ark. I was awestricken.” 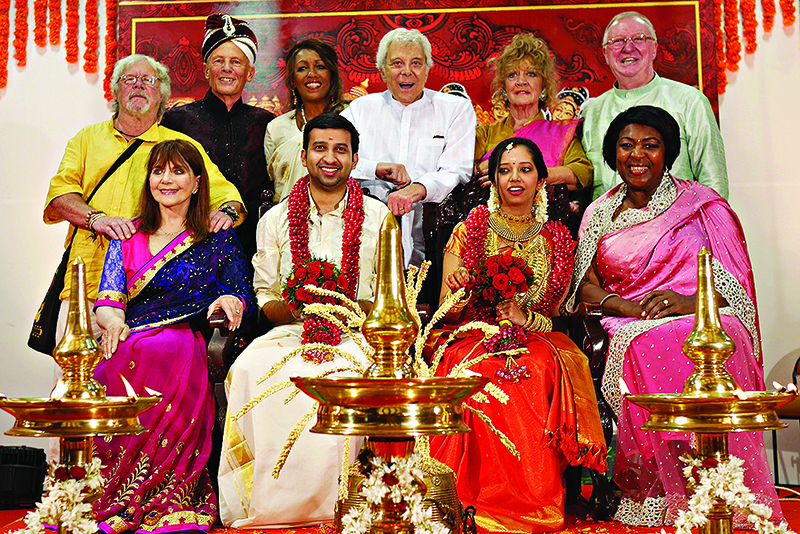 When the caretaker then asked if she wanted to touch the Torah scrolls, she recalls “raising my shaking hand to the silver ornaments”, before finally holding one and “seeing the whole of my life flash before my eyes.”

She continues: “It was very emotional. I did connect with all the Judaism I had known and had been such an integral part of my childhood, but which I hadn’t connected with since. And then I had to sit down because my emotions ambushed me.”

Stoppard remembers how her father had cut her off and considered her “dead” after she married her first husband, a Quaker, in her 20s. Her mother, Jenny, became “equally distant” and although their attitude softened over the passing of time, “it was never a really loving relationship because it had been so damaged”.

She continues: “That went on for years before there was a kind of rapprochement. I’d never been able to forgive my father for doing that. We did start to speak again, but it just seemed to me an unforgiveable act, that a parent should reject any child in that way, especially because of religion.”

With a wavering voice, Stoppard adds: “There I was, with all this rushing back of emotions to my childhood. When I sat down, I burst into tears and I finally forgave my father.

“That wouldn’t have happened if I hadn’t gone to India, visited this 12th Century synagogue and held a Torah scroll. But thank God I did, at the age of [nearly] 80.

“I won’t ever forget this experience. It was one of the biggest, one of the most overwhelming things that has ever happened to me, without a question.”

Reflecting on her time in India, which included being invited to a sumptuous wedding, learning about the arranged marriage system and meeting a couple affected by childlessness, Stoppard – who has published more than 80 books on conception, pregnancy and birth – says the trip had “an enormous effect” on her.

“There’s a great deal of peace and tranquillity in India. Everyone is in touch with spirituality, it’s ever present and deeply attractive. I found that very nourishing and comforting.”

“I won’t ever forget this experience. It was one of the biggest, one of the most overwhelming things that has ever happened to me, without a question.”

So would she consider moving to India and retiring there?

“Well, I have 11 grandchildren and another on the way,” laughs Stoppard, whose niece is Baroness Oona King. “But right at the end of the trip I discovered my little bit of paradise, a beautiful bungalow on the beach about an hour along the coast from Kochi.

“It fulfilled all my dreams. I couldn’t leave my grandchildren for 12 months, but I could maybe go back there for four.”

As for approaching her milestone 80th birthday in May, Stoppard is resolute in her desire to keep “travelling, working, gardening, walking and just enjoying life”, as well as fulfilling her “need to love”.

“It’s not necessary to be in love,” concludes Stoppard, now married to business executive Sir Christopher Hogg. “But it is important to love. I have always felt that is far more important. That is the kernel of real happiness.”

The Real Marigold Hotel series two is on Wednesdays, 9pm on BBC1