Where there’s a will there’s an Oy Vey!

Last FRIDAY was National Tequila Day. I only know this because of Robert Speker, a 41-year-old care worker from Newcastle who uses inconsequential anniversaries, as a means to entertain more than 40 residents at Sydmar Lodge in Edgware.

So, armed with shot glasses, he taught the residents to suck limes, lick salt and down tequila; it was very rock ‘n’ roll, but fitting for Sydmar, which sprang to fame three weeks ago, when the residents appeared on Facebook disguised as album cover stars.

Robert took the photos and, had he realised his post would lead to a media frenzy, he might have released them after his shift, as within hours he was  being hounded by the newspapers. Next came appearance requests from the BBC, Channel 5 and radio stations but, as he was busy playing  piano for the residents, I agreed to help field calls in the UK, while his sister dealt with requests from America’s ABC, CBS and CNN and then Australia. The interest was inevitable with so few happy stories around, and Robert’s pensioner project provided a ray of sunshine as poignant as the NHS rainbow.

Over 24 hours, I went from not knowing Robert to planning his interview schedule, only to realise I was working with a Supermensch intent on spreading joy.  At Pesach, when the Sydmar lounge was shut, Robert put Palwin and a seder plate on a trolley and took it to the rooms of residents to perform one-to-one mini services. That’s more than 40 “Baruch Atai Adonai” and he kept going with his Haggadah on wheels until everyone had charoset.

For Yom Ha’atzmaut, he brought banners, for VE Day there were flags and, when it came to the rarely celebrated Guinness World Records Day, Sydmar lodgers set records by keeping three balloons in the air. Robert seemingly breaks records in care every week by doing wonderful things such as taking residents for tea at The Ritz; sourcing pen pals at Jewish primaries and he had planned to hit a casino for some shpieling. 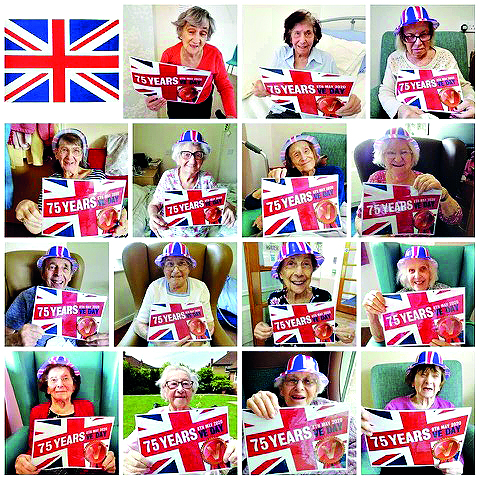 All this fun is reminiscent of the alien rejuvenation enjoyed by the elderly in Ron Howard’s 1985 sci-fi film Cocoon and Sheila Solomons, 94, would concur, as Robert disguised her as Elvis, and The Clash bassist, and took her to see Rag ‘n’ Bone Man in concert. Sheila also appears as the tattooed singer and TV crews gathered at the care home window to meet the hip nana nonagenarian.

Sadly, resident Marian Casher died before Robert’s big reveal, but her pose as Johnny Cash delighted her family. “Something to treasure,” Robert tells me, which is also true of his image of the carers as Queen. “Carers deserve to be acknowledged,” he argues – and none more so than him. 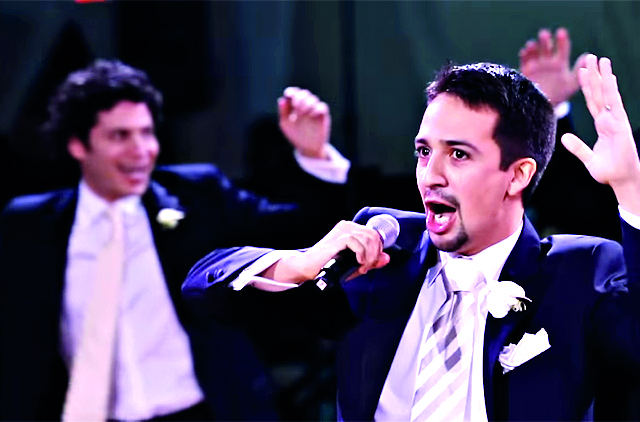 Hamilton as his To Life wedding

The chance to see Hamilton at home and avoid the painful ticket price was a gift to fans and, as an ‘Alexander’ advocate, I suggest you drop into the Disney channel to sample the brilliance. For those with a reluctance to embrace rap, here are the Jewish facts about Ham:

1. Lin-Manuel Miranda, the show’s creator, is not Jewish, but feels the vibe as he joined a Jewish a cappella group, the Mazel Tones, when he was at uni and also worked as a barmitzvah dancer for extra cash. After receiving an honorary degree from Yeshiva University, he tweeted:  “The day I became a Jewish doctor!” and at his wedding performed a surprise rendition of To Life! from Fiddler on the Roof to bride Vanessa Nadal. Best of all, in March, a Twitter debate about his best musical (Moana? In The Heights? Hammy?) resulted in his Hebrew response: “Hey hey hey what’s going on here?”

2. Alexander Hamilton, the main man grew up in the Caribbean, and some scholars believe his paternal grandmother was Jewish. He also studied at a Jewish day school and learnt Hebrew.

3. If Hamilton wasn’t Jewish, he did a good job standing up for us during debates, reportedly saying: “Why distrust the evidence of the Jews? Discredit them and you will destroy the Christian religion.” 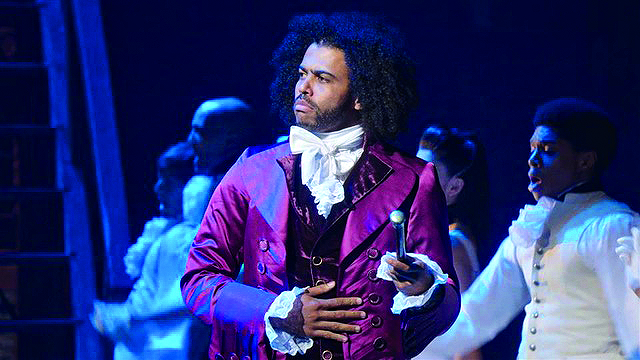 5. The Broadway production  of Hamilton is the work of Jewish director Thomas Kail, who is about to direct the remake of Fiddler, and the associate choreographer, Stephanie Crain Klemons, is also of the faith.

6. Broadway’s  Lafayette and Thomas Jefferson were played by Jewish and
African-American actor Daveed Diggs, who won a Tony Award for his performance. He was also one of many Jews who were part of the original production, so many in fact that they called themselves  the “Hamil-Jews”. 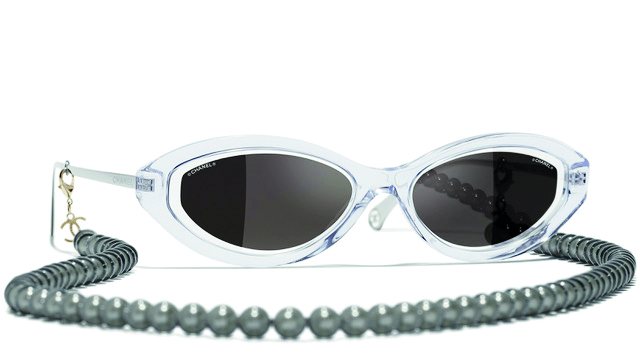 Now nail bars are open, ear-wigging is back in action. This week’s ‘overheard’ was about a woman who spent lockdown challishing for Chanel sunglasses. Apparently when the stores opened, her doting husband offered to drive her to Chanel, but she had second thoughts because of Mayor Khan’s congestion charge hike and was also not yet ready to shop in person. Turns out that for £12, a Chanel concierge will come to your home with a full range of sunglasses and so that’s what she arranged. Evidently it was worth saving £3 on the congestion charge to acquire a pair of £800 sunnies. I wonder if Primark offers the same service? 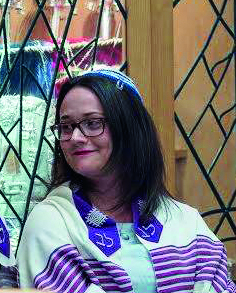 I should not really use this column for personal gain, but news this week that Rabbi Emily Reitsma-Jurman is leaving Edgware and Hendon Reform Synagogue to go to West London as the new Associate Rabbi made me sad.

All the rabbis at our shul are wonderful, but Rabbi Emily got my daughter through her virtual batty while I was going batty and gave us limitless support during lockdown, particularly when we lost Rabbi Kraft.

West London should rejoice for its new recruit, while I can only weep.