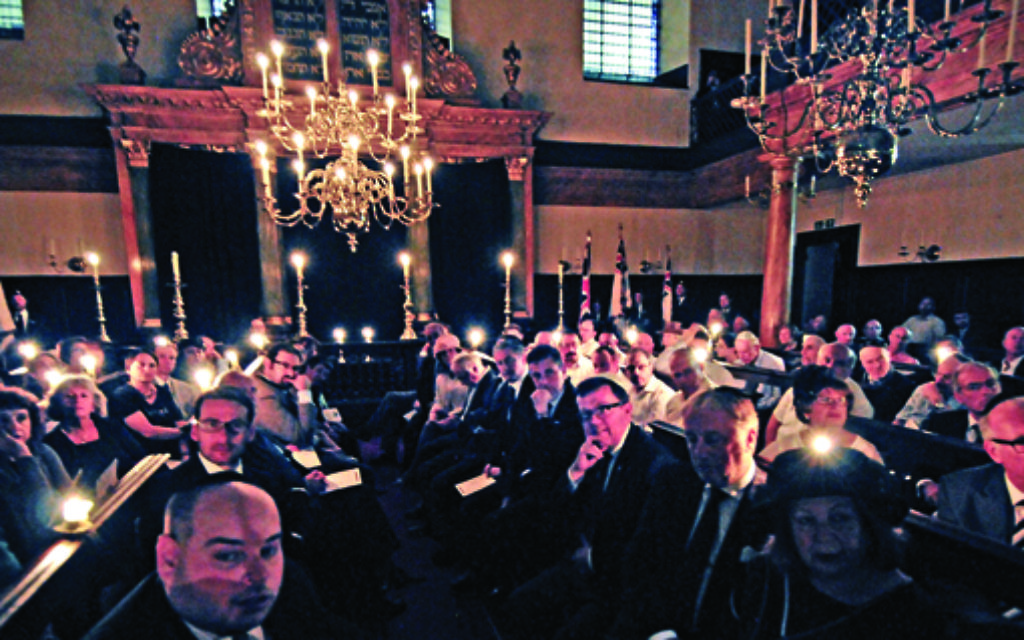 For 350 years, the Spanish and Portuguese Jews’ Congregation has cultivated a successful Jewish community and contributed to many important aspects of British society. Now, as we look to our future, the oldest Jewish community in England is charging itself for renewal.

England’s Sephardim approach Judaism in a way that is rooted in vibrant history and is one of the best modern options for a thriving and meaningful Jewish life. For approximately 700 years from the sixth to the 13th centuries, Muslim culture led civilisation in architecture, mathematics, technology, philosophy, art and poetry.

Significant parts of Spain were included in the Muslim world for much of this time. As a result, the Spanish Jews who lived in these territories maintained a broad world perspective. They spoke many languages, developed exquisite poetry and served in the highest offices of government. They delved deeply into philosophy and discussed Torah within rational and philosophical frameworks.

Life in Spain during these times periodically consisted of persecution and hardship, which reached its height in the 15th century. Jews who were not forcibly converted or murdered before 1492 were expelled by King Ferdinand and Queen Isabella and fled to many countries to find a safe haven. Many of these Jews fled to countries in North Africa and the Middle East and stayed there for many more centuries, mixing with the indigenous Jewish populations.

Today, the Jews who come from those countries (even the indigenous families) are most often referred to simply as the ‘Sephardim’ owing in no small part to the depth and prominence of the eminent Spanish traditions, culture and thought that influenced the society.

Some Sephardim fled to Portugal. There, they were converted and then terrorised by the Inquisition. Beyond all likelihood, they heroically maintained their Jewish identities in secret and upon escaping they passionately returned to their roots. In fact all of the Jewish communities of Western Europe and the New World were first established by these irrepressible Spanish and Portuguese Jews.

The Spanish and Portuguese Jews’ Congregation of England was established by members of this unique population. They shared the Western world and culture with their Ashkenazi brethren, but their minds and hearts had been wrought through a different history and they therefore dealt with the challenges of the West differently.

Today, along with our three synagogues, the congregation is comprised of the Sephardi Beth Din, the Sephardi Kashrut Authority, the Shaare Tikvah Hebrew classes and several welfare and charity boards. The most significant development since the Second World War is the inclusion of many immigrant families from countries such as Iraq, Iran, Egypt, Lebanon and Morocco, who have brought an eastern flare to the Western Sephardi culture and custom. The Spanish & Portuguese Jews’ Congregation is no longer just a congregation; it is a multifaceted and diverse community.

Given these developments, along with our aim to better engage with the greater Jewish community, the members and the board of the S&P have opted to adjust the official name to best express its mission. The Spanish and Portuguese Jews’ Congregation will now be called The S&P Sephardi Community.
Western Sephardi culture and philosophy has much to offer modern Judaism. Its legacy is to see the development of the modern world not as something that runs contrary to its Torah and tradition but as imbued with God’s will towards a perfected creation.

Rational and innovative thought has been the hallmark of Sephardi Jewry for centuries. Art, music, science, literature, technology, commerce and rhetoric were not elements that we felt had to be reconciled with Torah, rather they came alive with deeper meaning when seen within the framework of Torah.

The world that God created is not a challenging diversion to a strong Jewish life, but a matrix of endless possibilities for the ever unfolding development of the complex and creative covenant we hold with God. The differences are perhaps subtle, but the nuances have serious
impact on how we live as Jews.

The Sephardi milieu carries with it an unmistakable joie de vivre that draws from the exquisite diversity and soulful celebrations of its people. The Sephardim of England are unique in the world. They have been running three-and- a-half centuries strong and are poised for an exciting future that’s full of life.