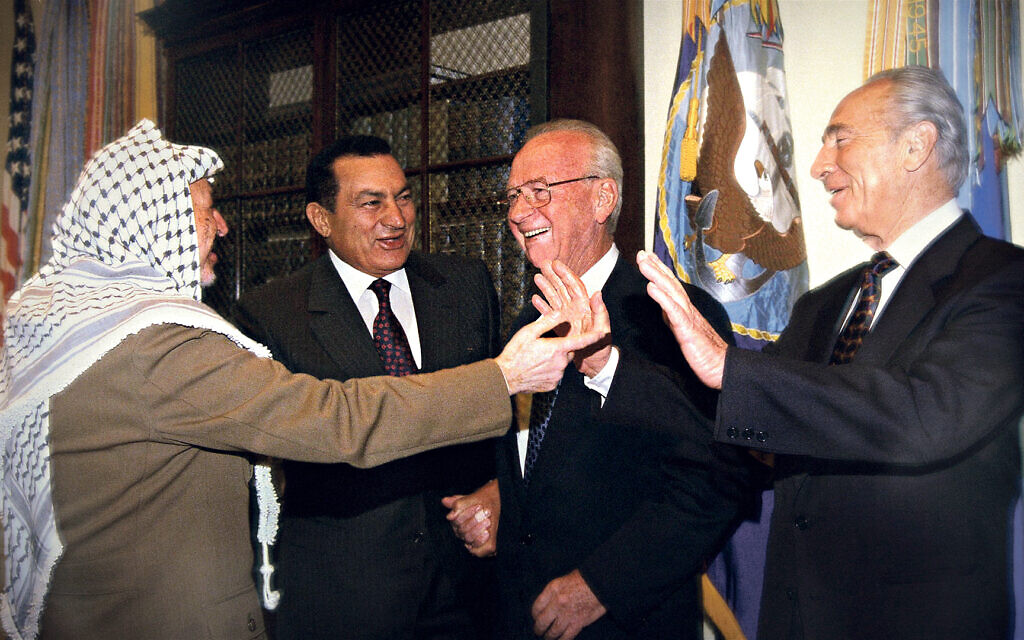 There is no peace process and there are no leaders, on the Israeli and the Palestinian sides, who can move anything towards any kind of peace,” Israeli filmmaker Dror Moreh tells me candidly.

Just a few days later, violence erupts in Jerusalem, leading to the worst escalation of the Israeli-Palestinian conflict since 2014. How did we get here? And why haven’t attempts to resolve the decades-old hostilities using diplomacy succeeded?

Moreh’s new feature documentary, The Human Factor, tries to find the answers. Where his Oscar-nominated documentary, The Gatekeepers, grippingly explored the work of the Shin Bet through interviews with some of its erstwhile heads, The Human Factor sits Moreh down with former American negotiators to uncover the inside story of the US-led Israeli-Palestinian peace process.

The film’s title emerged from a conversation between Moreh and his wife, Martina, in a Berlin restaurant, and refers to the role of empathy and the small gestures with big meanings they realised connected the anecdotes fascinatingly related by the director’s interviewees.

“The Human Factor shows, in a lot of ways, the importance of being able to put yourself in other people’s shoes,” Moreh tells me, “and trying to act from understanding their grievances and their way of looking at the world, trying to accommodate both and trying to reach some kind of solution.”

The human element is complex and can make or break a negotiation. In 2000, a “summit of summits”, at Camp David, optimistically brought together Ehud Barak and Yasser Arafat, under the aegis of President Bill Clinton, in the hope of finally wrestling into being an end-of-conflict agreement. 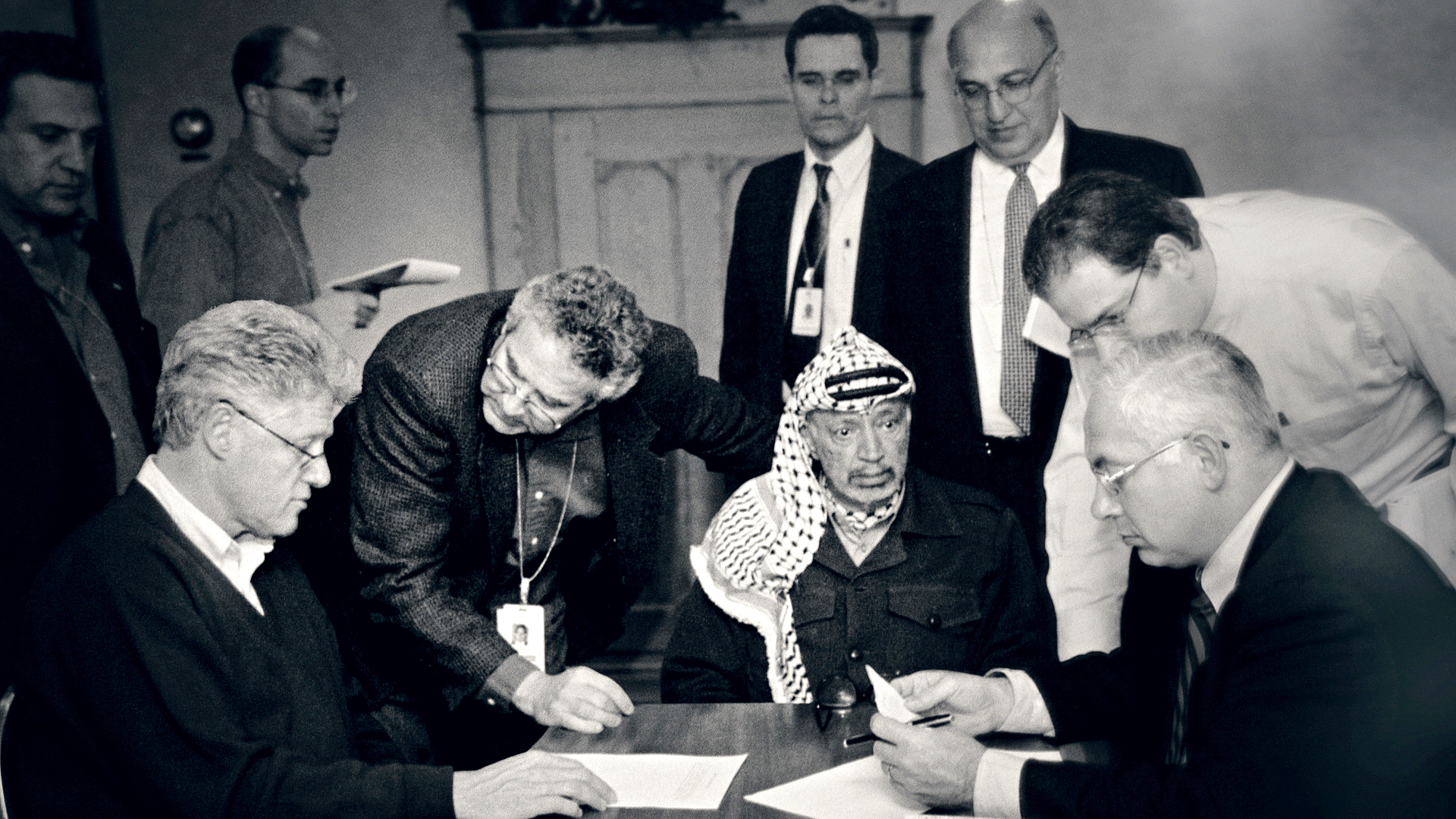 US President Bill Clinton with Yasser Arafat and Benjamin Netanyahu

Instead, it resulted in failure, creating a trauma in the Israeli-Palestinian relationship that has never healed, says former State Department Middle East analyst and negotiator Aaron Miller. Rather than understanding and bridge-building, the human factor had led to “a tragic ending”, says Moreh, “because of the people involved and their personalities and their way of treating their counterpart.”

Barak had pledged to finish the work started by Yitzhak Rabin, who had talked about a Palestinian state before he was assassinated in 1995. He gave Moreh hope because, like the film-maker, Barak was also from the Israeli peace camp.  “I was devastated when Rabin was assassinated. It was my birthday, fourth of November. So, all of a sudden, my representative comes and says, ‘I’m going for a peace.’”

But the talks failed. Moreh believed Barak and Clinton when they blamed Arafat. “The narrative was that we and the Americans gave him a generous offer, which he couldn’t dream of, and he said no.” 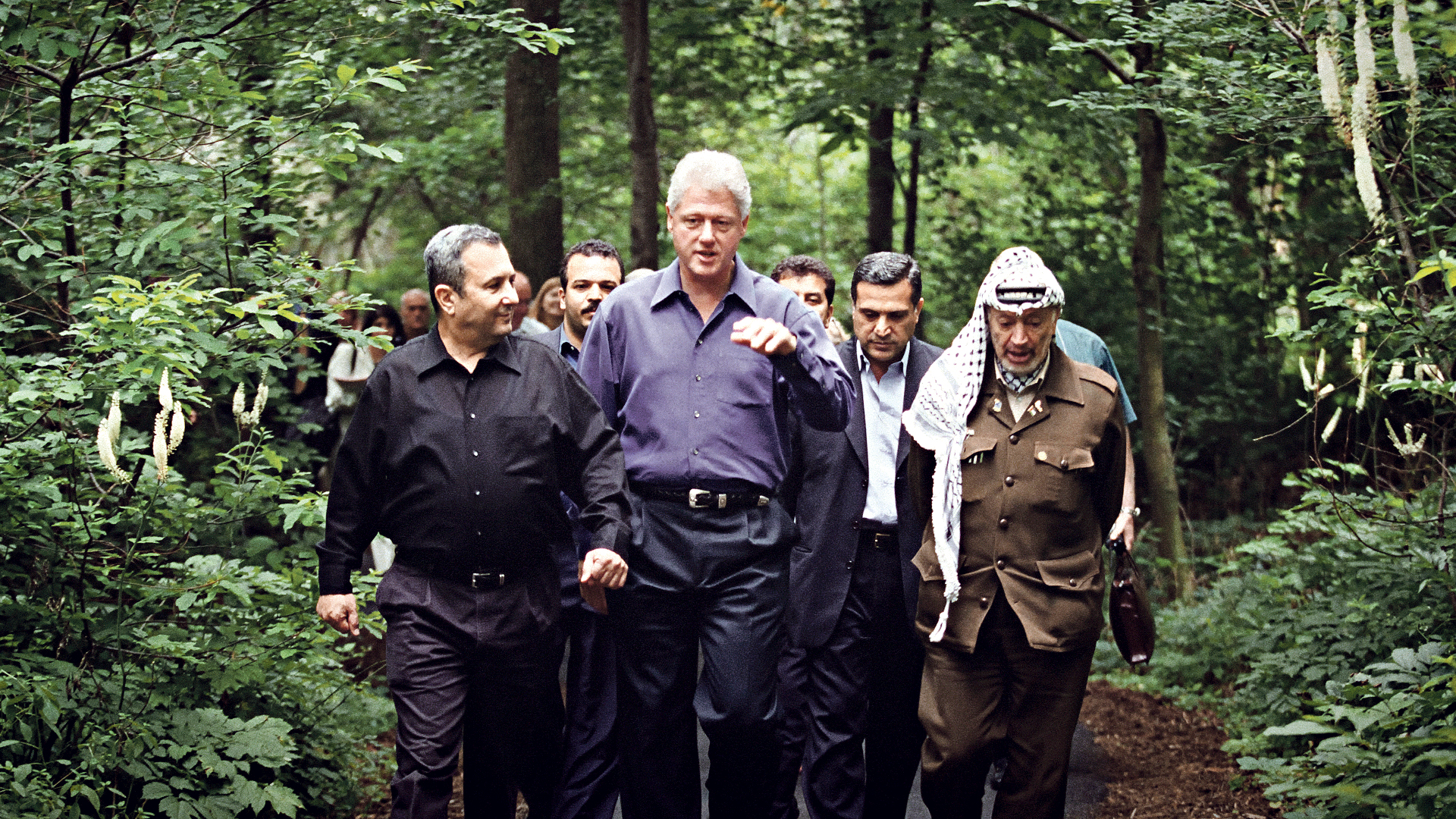 A few weeks later, the second intifada broke out. Thousands of Israelis and Palestinians died. “The peace camp was completely shattered and it never recovered.”

While making The Human Factor, the director discovered that the Camp David story was not exactly as it had been framed. Arafat did reject the deal on offer but, he says, “Nobody told us Barak humiliated Arafat for almost a year before that.”

At the summit itself, the Israeli prime minister, who saw himself as Churchill, often refused to talk to him. It was a complete change from the close relationship the PLO leader had developed with Rabin and pretty much doomed the process.

“You can be the most intelligent person in the world, have an IQ of 250, and yet fail miserably as a human being and as a politician,” explains Moreh.

“Barak is a very smart person, very intelligent, but a very poor statesman and a poor human factor guy. His emotional intelligence does not really exist. Arafat is a problematic character, always was. But I understand his motives much more now.”

Arafat believed he would be killed by other Muslims if he accepted what was on the table and Miller agrees. Rabin knew there were dangers in seeking peace and candidly told negotiator Dennis Ross he was glad he had the support of the military because what he was going to do could lead Israel into all-out civil war. The jaw-dropping revelation makes Moreh gasp off-camera in the documentary.

“That’s the difference between a leader and a politician,” he says. “A leader sees where he thinks his people should be and knows he’s going to pay a dear price, but he’s willing to pay [it]. That was Rabin. Leaders [today], especially in this region, don’t have this kind of capacity. Most of what we have here is politicians. Small, petty politicians.”

The Human Factor feels at once timely and nostalgic. Its clever use of contemporaneous photographs from inside the White House, Camp David and elsewhere, to illustrate and corroborate the negotiators’ oral testimony, captures the humanity amid the politics, underscoring the power of touch and its centrality to our relationships and interactions, whether it be a handshake, a hug or a hand warmly placed on the back of an enemy-turned-partner-in-peace. The effect is surprisingly moving.

“It’s all about the human factor,” says Moreh. “We respond to human emotions, human feelings, all of that. This is what we stand for.”

The Human Factor (15) is on release now in select cinemas and streamed from, 21 May, www.humanfactorfilm.co.uk