Even from a distance, the beaming smiles spread across 21 faces, four generations and ages spanning from a few months to 91 years shine out in this beautifully captured portrait of Zigi Shipper’s family.

But look closer and the picture evokes even more meaning when one considers nonagenarian Zigi was just a child when he endured the Holocaust – and none of these individuals would be here today had he not survived.

The image, taken by Arthur Edwards, is one of 13 new works by contemporary photographers featuring in a new exhibition at the Imperial War Museum (IWM), which opens next week.

Generations: Portraits of Holocaust Survivors – which includes two images taken by the Duchess of Cambridge – presents moving individual and family portraits of survivors who made the UK their home after experiencing unimaginable loss and trauma.

The exhibition has been organised by the IWM in partnership with Jewish News, the Royal Photographic Society, the Holocaust Memorial Day Trust and Dangoor Education.

It is the culmination of a project initiated by Jewish News with the Duchess of Cambridge last year. 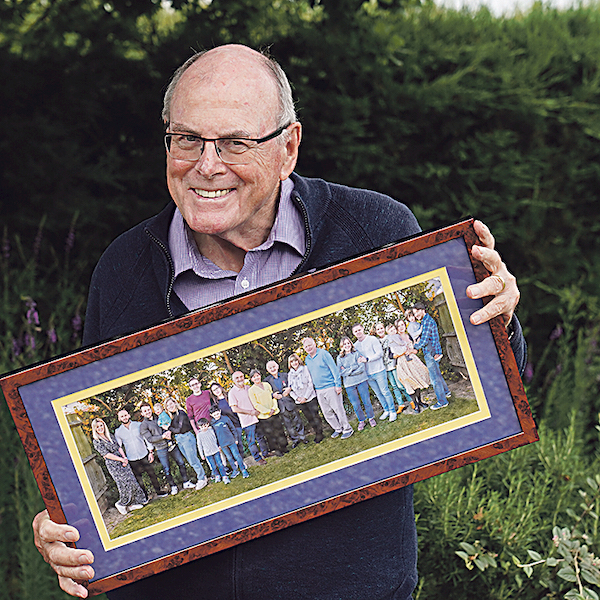 Photographer Arthur Edwards with his portrait of Zigi Shipper’s family

Speaking about the exhibition, Arthur – who has spent nearly 50 years as The Sun’s royal photographer – says he was aware of the poignancy of the task, especially when he heard about Zigi’s experiences during the Second World War.

Born in 1930, Zigi was 12 when he was forced to move into Lodz Ghetto and 14 when he was put onto a cattle truck to Auschwitz-Birkenau, before being transported weeks later to Stutthof concentration camp near Danzig.

In the final months of the war, Zigi was sent on a death march, arriving in Neustadt, Germany, before finally being liberated by British troops on 3 May 1945. 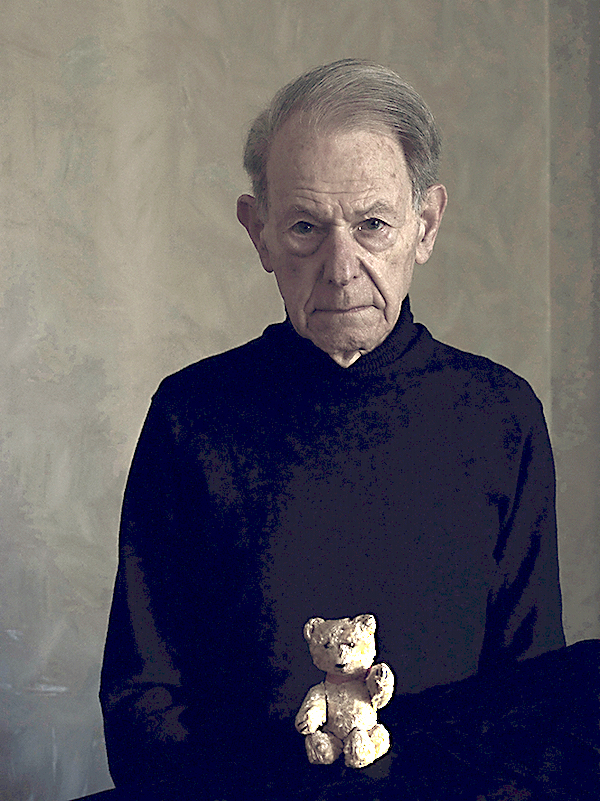 John Hajdu with the teddy bear that journeyed out of Hungary with him as a refugee to the UK. Credit: Jillian Edelstein

Two years later, he arrived in the UK, where he married Jeannette and raised a family. The couple were married for 66 years until Jeannette’s death last July.

“Taking the photograph of Zigi really made me think about the Holocaust,” says Arthur, who accompanied the Duke and Duchess of Cambridge on their trip to Stutthof in 2017. “To be aged 14 and going on a death march – can you imagine? Surviving just that alone would have been enough.” 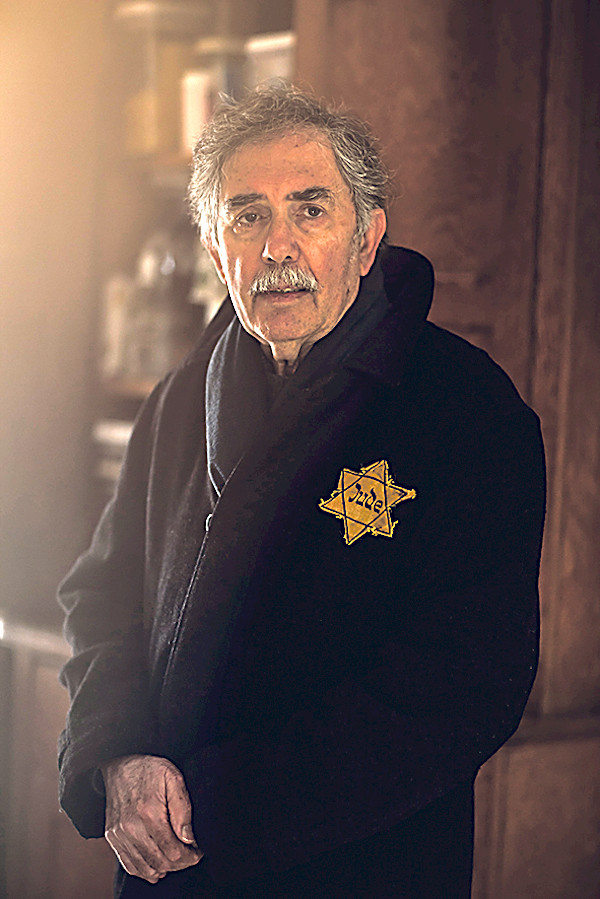 Uri Winterstein wears the yellow star his father was forced to wear during the Second World War. Credit: Jillian Edelstein

Zigi wanted not only his survival, but also his love for life as the main focus of the image, prompting Arthur, 80, to ask the family to wear colourful clothes.

“I wanted that summer feeling in the picture,” he explains. “He’s a happy, joyful man, smiling all the time. A man who had a terrible, terrible childhood, but has a wonderful life in England and a family who loves him.”

Bringing the whole family together presented issues for Arthur: Covid restrictions meant each family had to arrive at 20-minute intervals, so he had
to keep reconfiguring the lighting and background over a two-hour period. 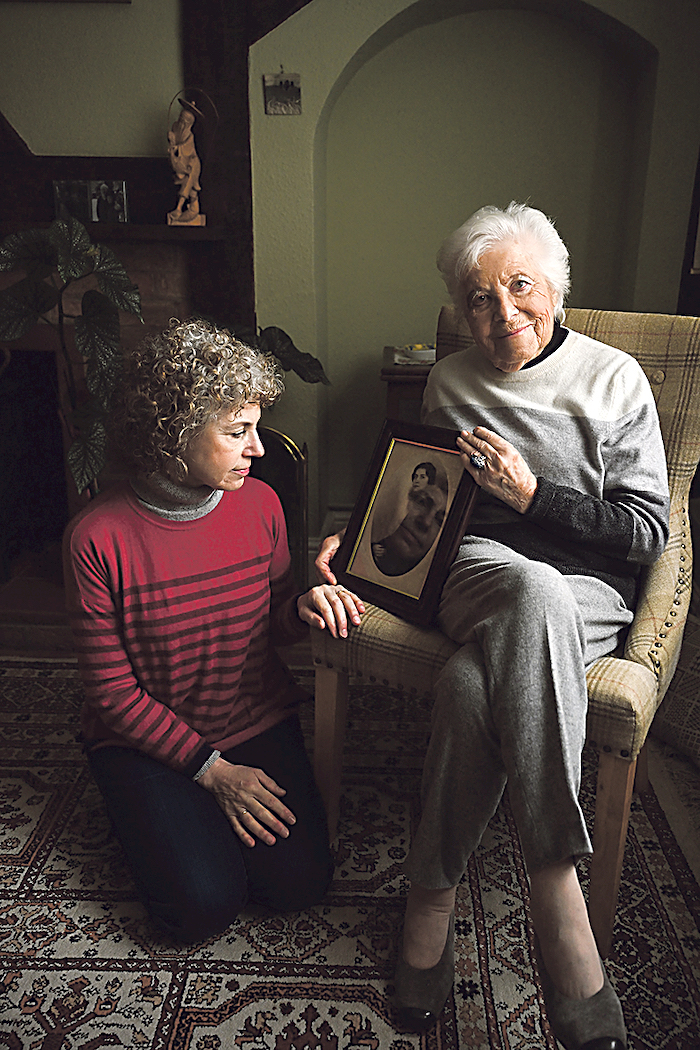 Rosl Schatzberger, 96, with her daughter Lesley, holds a portrait of her mother- in-law Ida Schatzberger, who was killed in Auschwitz. Credit: Carolyn Mendelsohn

A graphic artist then pieced together the individual photographs Arthur took and also included a contributed photo from one of Zigi’s granddaughters who lives in Spain.

“I was so pleased with how it turned out,” reflects Arthur. “I got a huge print, framed it and presented it to Zigi, along with around 100 pictures for the family as a keepsake. It was a joyful job to do, a real labour of love.”

Generations: Portraits of Holocaust Survivors runs from 6 August to 7 January, 2022 at the Imperial War Museum London