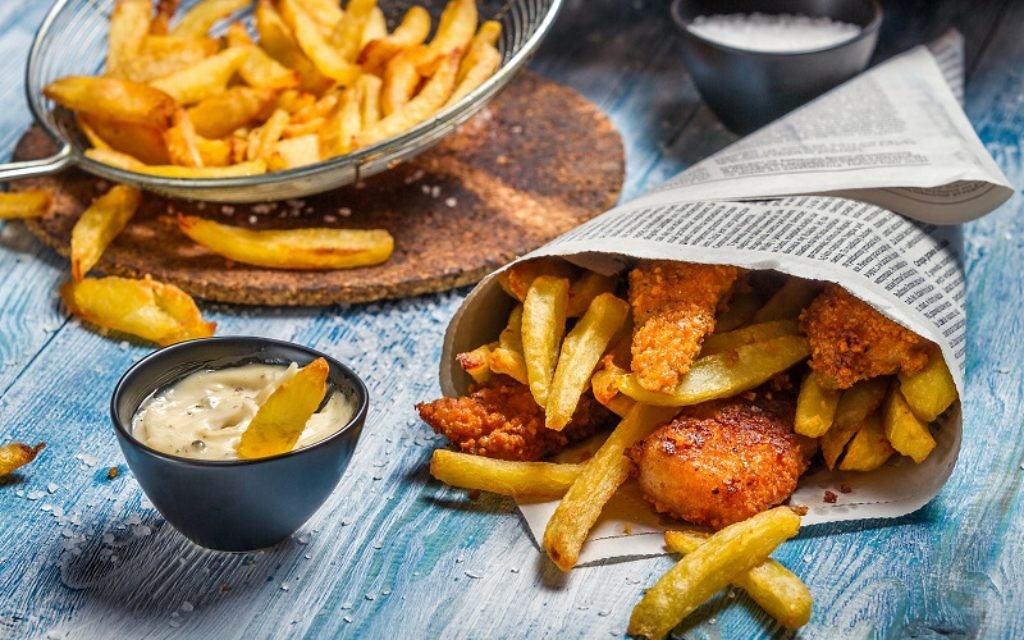 Lady Gaga loves hers smothered in vinegar, Kate Winslet famously served it on her wedding day, and Michelle Obama treated her daughters with it on a trip to London.

Considered the nation’s favourite fast food, Brits have long enjoyed a gastronomical love affair with fish and chips, a dish deemed so important that supplies were protected from rationing during both world wars.

But what is today seen as quintessentially British actually began life in the Jewish-owned, fried fish warehouses of the East End.

Now the humble Jewish roots of one of the nation’s favourite dishes are explored in the first episode of a new BBC2 series, The Best of British Takeaways, which begins next Tuesday.

Fronted by Cherry Healey and Michelin-starred chef Tom Kerridge, the series celebrates the top three favourites familiar to the British appetite – fish and chips, Indian and Chinese – and explores the history
behind them. 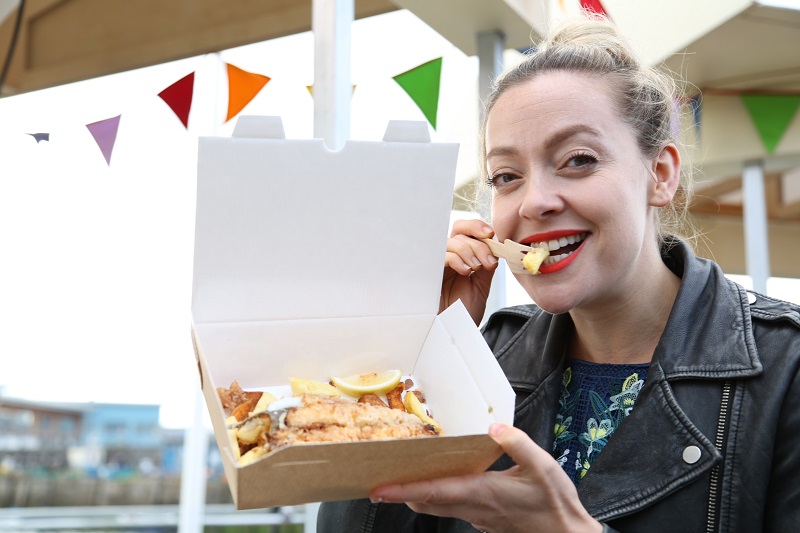 Jewish News cookery writer, Denise Phillips, explains on the programme: “They had just come over from Russia and wanted to bring food with them that they were familiar with: Picked cucumbers, beetroots, herrings, smoked salmon and, obviously, fried fish.”

This was however traditionally served cold on Friday night and covered in breadcrumbs, rather than today’s more familiar batter coating.

As the British appetite rose for this traditional Jewish dish, stores selling fried fish began to spring up along the narrow lanes of the East End and even received a mention in Charles Dickens’ Oliver Twist, first published in 1837.

Dickens wrote of the London landscape: “In its filthy shops are exposed for sale huge  bunches of second-hand silk handkerchiefs, of all sizes and patterns…Confined as the limits of Field Lane are, it has its barber, its coffee-shop, its beer shop and its fried fish warehouse”. 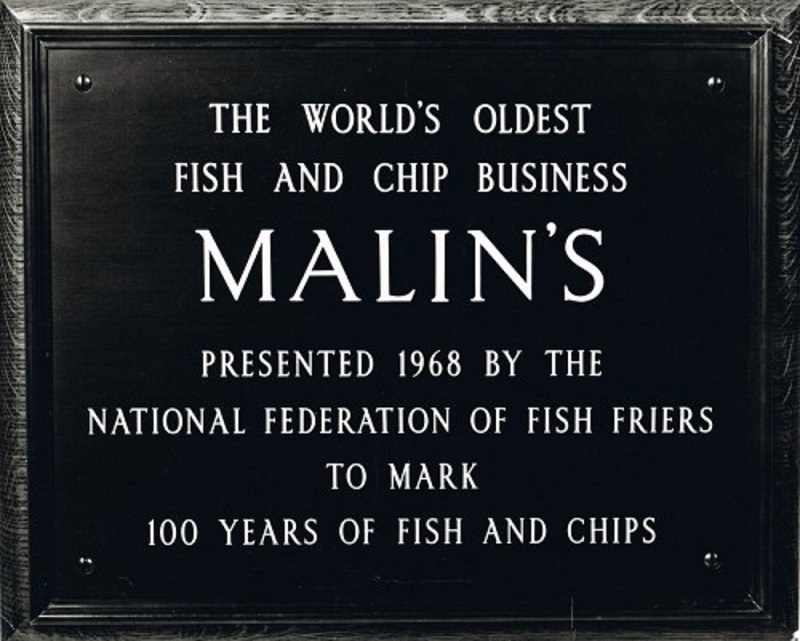 Malin’s, opened by a Romanian-Jewish immigrant in 1868, is considered the world’s first fish and chip shop

At the same time that fried fish was becoming a familiar fixture in the British diet, so, too, was the population becoming more reliant on the humble potato.

Historically, bread and oats were the mainstay of people’s daily consumption, but potatoes took on a whole new significance during the industrial revolution, when workers were expected to complete gruelling 14-hour days, six days a week.

Social historian Polly Russell explains that the daily calorie intake for men and women during this time was between 3,000 and 5,000 calories – almost double that of today’s recommended amount. In 1881, the average consumption of potatoes per week, per person, was a staggering 6kg, largely because the humble vegetable was “bulk full of calories”, as well as being inexpensive.

By the late 1800s, the first frying machines were being invented, causing a proliferation of street stalls selling chips.

But who brought fish and chips together? That was the brainchild of a Jewish immigrant named Joseph Malin, who owned a fried fish shop on Old Ford Road.

According to Pat Newland, 72, a restaurateur who learnt the trade while growing up in Hackney, recalls: “I believe there was a shortage of fish and so Malin began selling chips as well in the shop. When the fish became plentiful again, the people came back, but this time they wanted fish with the chips.”

Thus was born Malin’s, the world’s first fish and chip shop, in 1860. Others quickly followed suit, including Samuel Isaacs, who in 1896 opened a fish restaurant offering an upmarket dining experience, complete with carpets, table service, tablecloths, flowers, china and cutlery. Diners could enjoy fish and chips, bread and butter and tea, all for the princely sum of nine pence.