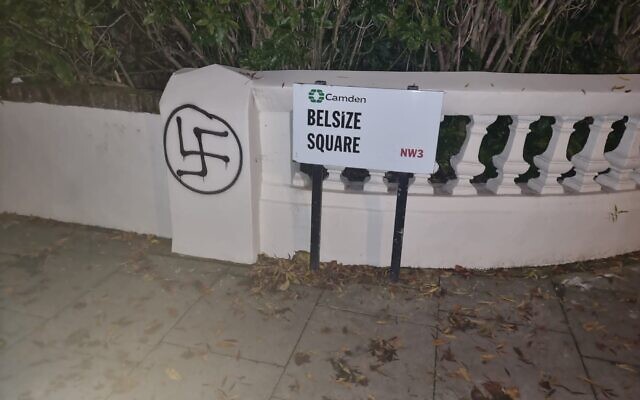 A teenager has been arrested after walls near a synagogue in Camden were defaced with swastikas.

Police were alerted to reports of a male spraying swastikas on walls in the vicinity of a synagogue in Belsize Square at 8.40 pm on Saturday night.

It is understood that that Community Security Trust received several reports of the incident.

Officers attended and began a search for the suspect.

Shortly after 20:00hrs, they located a 16-year-old male nearby who was arrested on suspicion of religiously aggravated criminal damage.

He has been taken into custody.

Further enquiries have established that other swastikas have been sprayed on walls elsewhere in the surrounding area.

An investigation is under way to determine if the same person is responsible.

Anyone who witnessed the offences taking place or who has other information and has not yet spoken to police should call 101, giving the reference 6604/30OCT.

Information can also be provided to Crimestoppers, anonymously, on 0800 555 111. 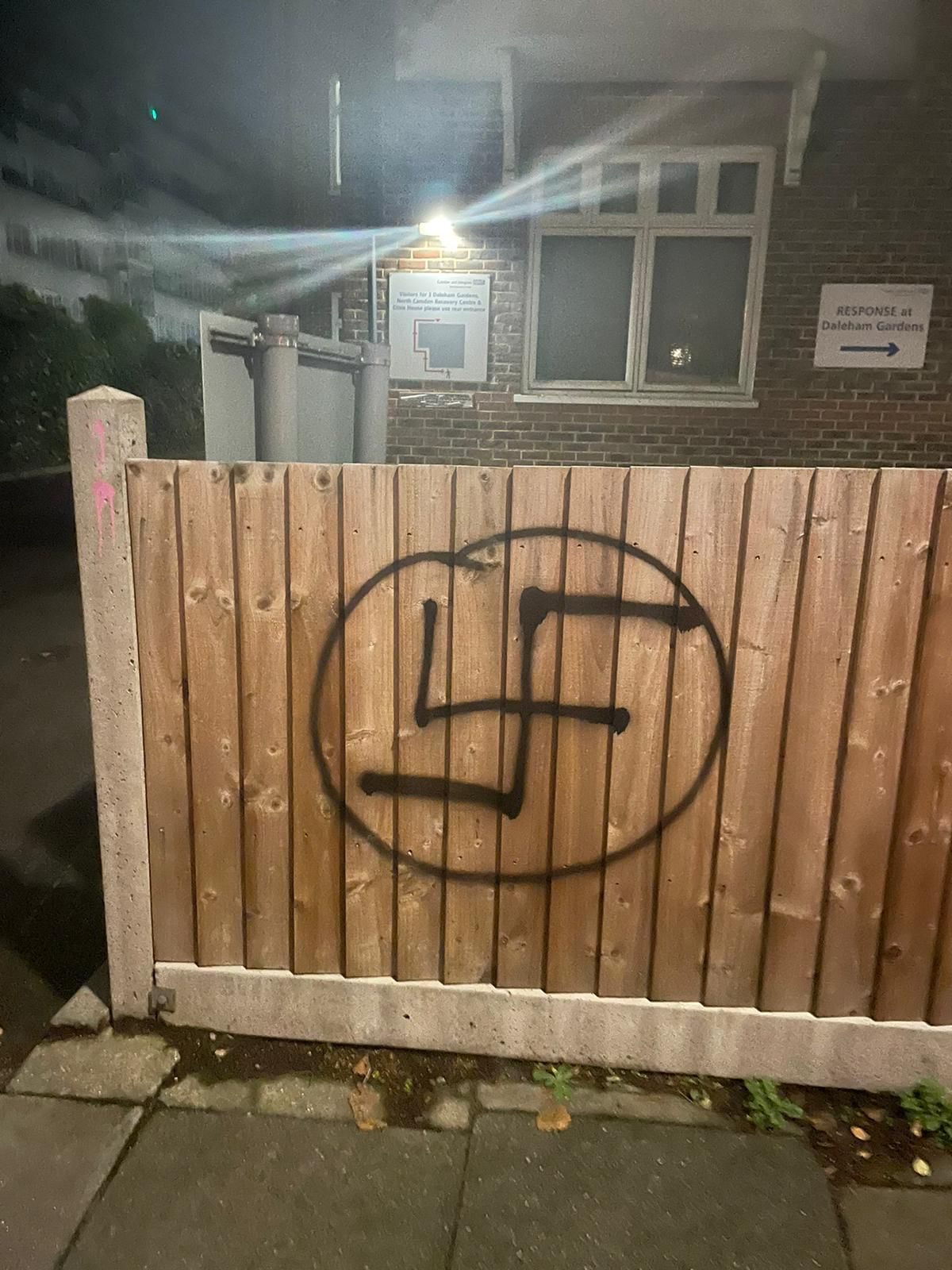 In a tweet CST said:” Thank you to @metpoliceuk for swift action in arresting a suspect in connection with swastika graffiti across Swiss Cottage & Belsize Park today. CST received several reports, if anyone has any information please contact police & CST.”

The Board of Deputies added: “Tonight we’ve worked with local Jewish communities, @CST_UK @JewishLondon & @CamdenCouncil to coordinate actions by police & Camden in response to this antisemitic graffiti. We welcome swift action by all concerned, including an arrest & start of clean up.” 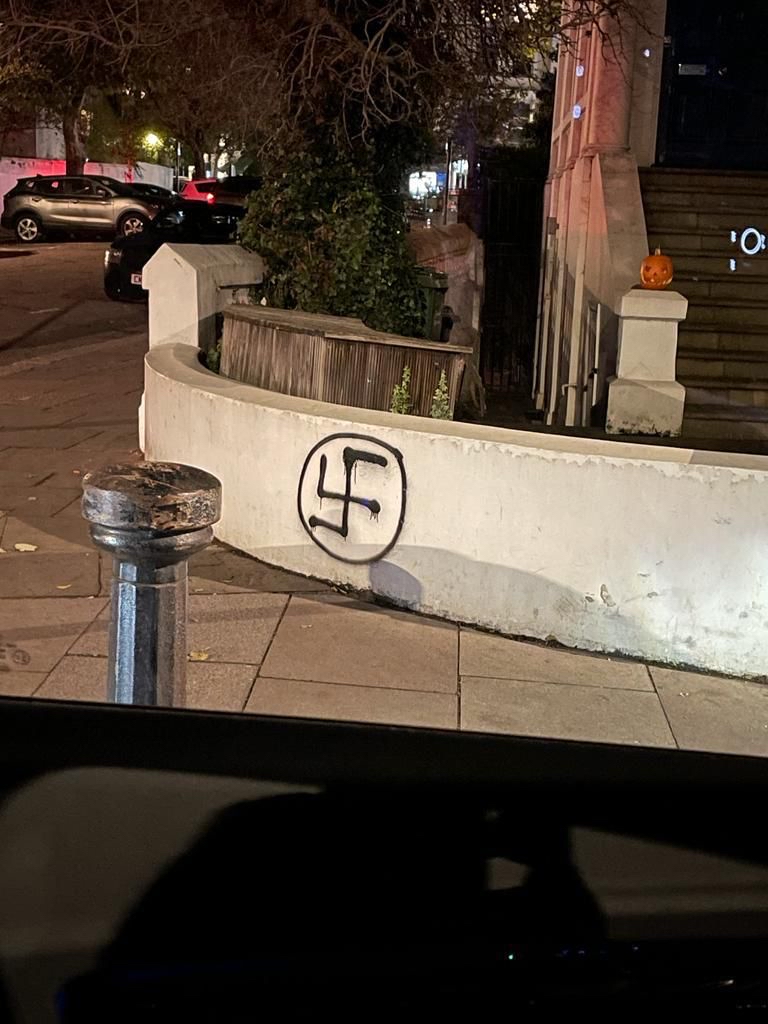 “As soon as police have finished their work, this will be removed.

“We are disgusted by this act & in Camden we will always stand united against antisemitism .”

Cllr Abdul Hai and Phil Rosenberg, Co Chairs of the Camden Faith Leaders’ Forum, said: “As Co-Chairs of the Camden Faith Leaders’ Forum, we were made aware of swastikas graffitied around Belsize Park on Saturday night. We immediately started working with the local Jewish community and Camden Cabinet Members who saw to a quick response which led to an arrest and rapid clean up operation. We pay tribute to all involved. As faith communities we stand together against all bigotry in our Borough.” –