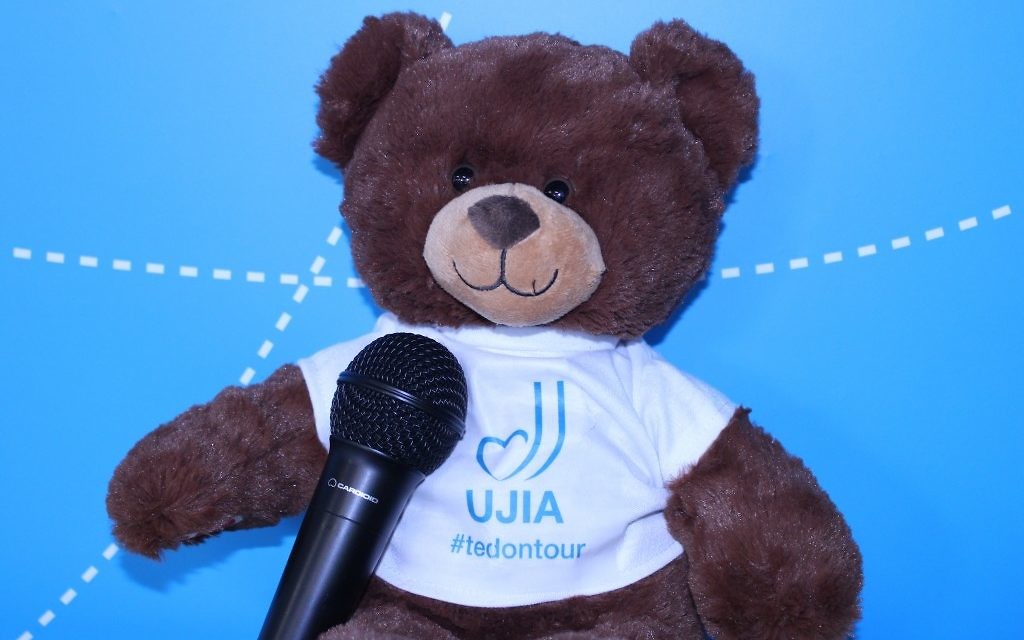 You can still vote for winner of the 2015 #Tedontour competition by voting now!

You can still vote for winner of the 2015 #Tedontour competition by voting now!

It’s hard to believe it but UJIA Israel Experience Summer Tours are nearly over! Six weeks on, 28 out of 30 groups are now back in the UK, with the remaining 2 due home in the coming days.

I’ve spent the last week back in the south, shadowing Ezra Girls, Ezra Boys, Sinai and Bnei Akiva, who have been busy hiking, spending shabbat with host Israeli families, enjoying Bedouin hospitality and much more!

Down in the Negev I chatted to Alexander Heller, from Hendon, who has been to Israel before but is finding tour with Ezra Boys a totally different experience: “Everyone has gelled so well and there’s so much togetherness.”

He couldn’t decide on the best part of tour but enjoyed the Bedouin experience as he got to see another side of Israel. He also felt conscious of feeling more comfortable expressing his religion in Israel, saying, “At home sometimes I’m afraid to wear my kippa but I don’t feel like that in Israel.”

Ezra boys in the Negev Desert.

Tamar Rietti, on tour with Ezra Girls, has been involved with her movement for years but confided to me that “I think it was a thousand times better to experience Israel with my friends and my madrichot (leaders).” She loved watching the sunset on Masada as a group and found tour in general was pretty impactful: “It was important for my enrichment and my Jewish life.”

I asked Tamar why she thinks it’s important for Jewish young people to spend time in Israel. She said, “I think that it’s a big part of Judaism to literally relive the footsteps of our ancestors, visit the graves, and at the same time have a blast and enjoy being in our homeland.”

L-R: Yael Kraus, Tamar Rietti, Yael Schreiber, Esti Schochet and Aviva Rosenthal. Also me, being held a bit too sideways for my liking.

Next, I joined Bnei Akiva in Ein Akev, where I met Tzvi Kanterovitz from Borehamwood (Tour 5) and Lucy Summerfield from Hampstead Garden Suburb (Tour 1).

Tzvi told me about the home hospitality element of tour, where participants stayed with host Israeli families over Shabbat:

“I stayed with one of my friends called Hershey. It was pretty fun to be honest, they had seven kids and it was really nice. They were all just really cute. We thought it was going to be really awkward and we didn’t know what to do, but in the end it flowed really well and they spoke to us, and it didn’t really make a difference that we didn’t know them at all.

“On Shabbat it was a bit different because they don’t really dress the same, they’re more casual. In England everyone wears suits and in Israel, everyone’s wearing shorts and a shirt. And also, everyone’s like a family there and everyone’s enjoying it and it has atmosphere.”

Me mixing with the higher echelons of Israeli society. Ashkenazi Chief Rabbi Lau told me what an honour it was, of course…

When I asked him what he would take away from tour, he was quick to answer, “Having fun with your friends and learning about all the different important parts of Israel. And you get to understand how much Israel helps the Jewish people and without Israel we wouldn’t be the same as a people.”

Lucy might have been in the Negev when I chatted to her but her heart was very much still up in the north of Israel:

“My highlight of tour has been travelling the north because I’ve always loved the north of Israel, I think it’s beautiful. There are waterfalls and I love water hikes. Yesterday we did an incredible water hike in the Jilaboun and we were all swimming in the water. It was the most beautiful place I’ve ever been to and everyone was singing and it was stunning. It was like it was the happiest moment of our lives.”

My last stop was Machtesh Ramon – where I started this awesome journey – and I heard from Benji Shebson who was two days away from the end of Israel tour with Sinai. He was in no doubt that the programme has made a difference to him: “Israel tour has changed me as a British Jew as now I feel a much stronger connection to the State of Israel.”

Benji Shebson on Sinai Tour in the Negev.

He also told me a really nice anecdote about something from tour that he’ll keep with him forever:

“During the programme we met a Druze girl who really changed the way I think about my life. Whether you are a religious or secular Druze one still keeps all the laws of the religion and has a huge respect for one another, religious or not. Some families even have one parent religious and one secular but still all treat each other equally, which really left an impression on me and made me think about the fact that everyone should feel respected no matter what way of life they choose.”

It’s been a fantastic 6 weeks as your Israel Tour correspondent. I’ve travelled north, south, east and west, met over a thousand British Jewish 16 year-olds and had the chance to see what it means to Jewish 16 year-olds in 2015. Crucially, I can now face my cousins who all went last year, attached to different groups, and STILL haven’t stopped yapping on about it (they lack my journalistic credentials though).

So, for the final time, this is your Ted correspondent checking out.