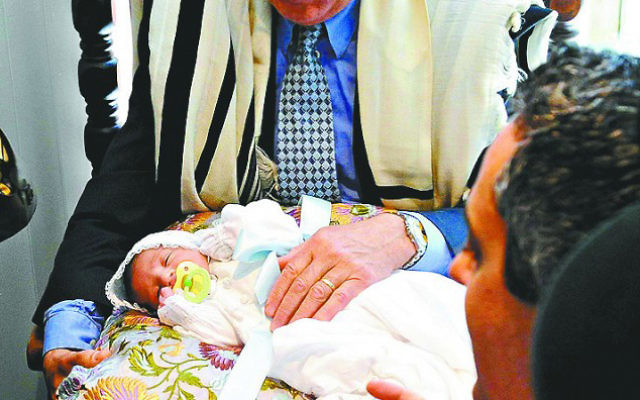 Sweden’s largest church is supporting a parent’s right to have nonmedical circumcision performed on boys for religious reasons.

The Swedish Church in a document titled “view on male circumcision” asserted that the practice, which is performed by Jews, Muslims and some Christians, “does not in itself contravene the UN Convention on the Rights of the Child” and “is a significant identity creation act from a religious, ethnic and cultural perspective” enshrined by religious freedoms.

The subject of nonmedical circumcision of boys, or milah, is controversial in Europe, and especially in Scandinavia, where it is under attack both by liberals citing children’s welfare issues and anti-immigration activists who oppose it as a foreign import.

A similar debate is being conducted about the Jewish and Muslim ways of slaughtering animals for food. Across Europe, Christian organisations have backed Muslim and Jewish advocacy of those practices.

Against this background, a prominent rabbi, Moshe David HaCohen of Malmo, called the church’s position paper from December “an extremely important statement.”

“It is very good to see that they [the Swedish Church] understand how beyond religious freedom, not allowing this would be subtracting from a child’s identity both in Judaism and Islam,” he wrote Tuesday on Facebook.

Kosher and halal slaughter is not allowed in most of Belgium and Norway, as well as parts of Austria and Switzerland, among other places.

Nonmedical circumcision is legal across Europe.