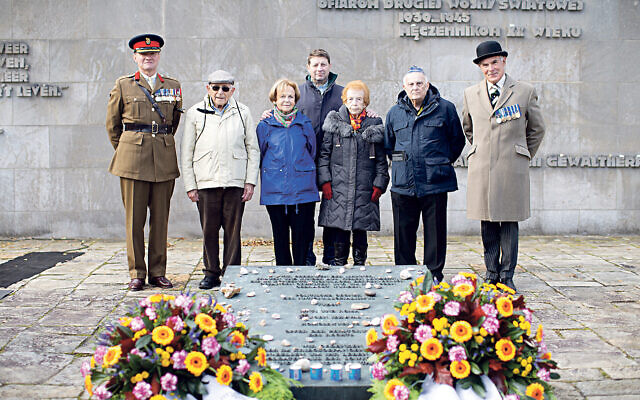 British Holocaust survivors were this week able to thank the British Army for its liberation and life-saving administration of Bergen-Belsen
76 years ago in a moving ceremony at the site of the former camp in Germany.

“It’s hard to imagine what the British forces would have stumbled upon in April 1945,” said Scott Saunders, founder and chairman of March of the Living UK (MOTL), addressing 80 participants at the culmination of the organisation’s inaugural four-day Germany trip, as two senior British officers stood in attendance.

The four British survivors to attend the ceremony on Monday were Alfred Garwood, Eve Kugler, Harry (Chaim) Olmer and Mala Tribich, with Alfred and Mala having been through the camp and survived it.

Present at the invitation of MOTL were Lt. Col. Simon Ledger, late of the Light Dragoons, who was a Bergen-Belsen visitor guide in 1976, and Col. Dickie Winchester, late of the Royal Artillery (RA), representing the serving British Army and its association with the liberation of the camp, in particular its 64 Anti-Tank Regiment, which was the first to enter.

“The trip we wanted to do in 2020, to commemorate the 75-year anniversary of the liberation, was curtailed because of Covid, but we took the opportunity to come this week, and it’s been very moving,” said Saunders.

Describing Bergen-Belsen as “not a death camp, but a camp of death”, educators explained how decontaminating the area of typhus and typhoid meant the camp was burned to the ground by British soldiers after thousands of survivors were relocated to hospital beds away from the barracks, to be nursed back to health where possible. 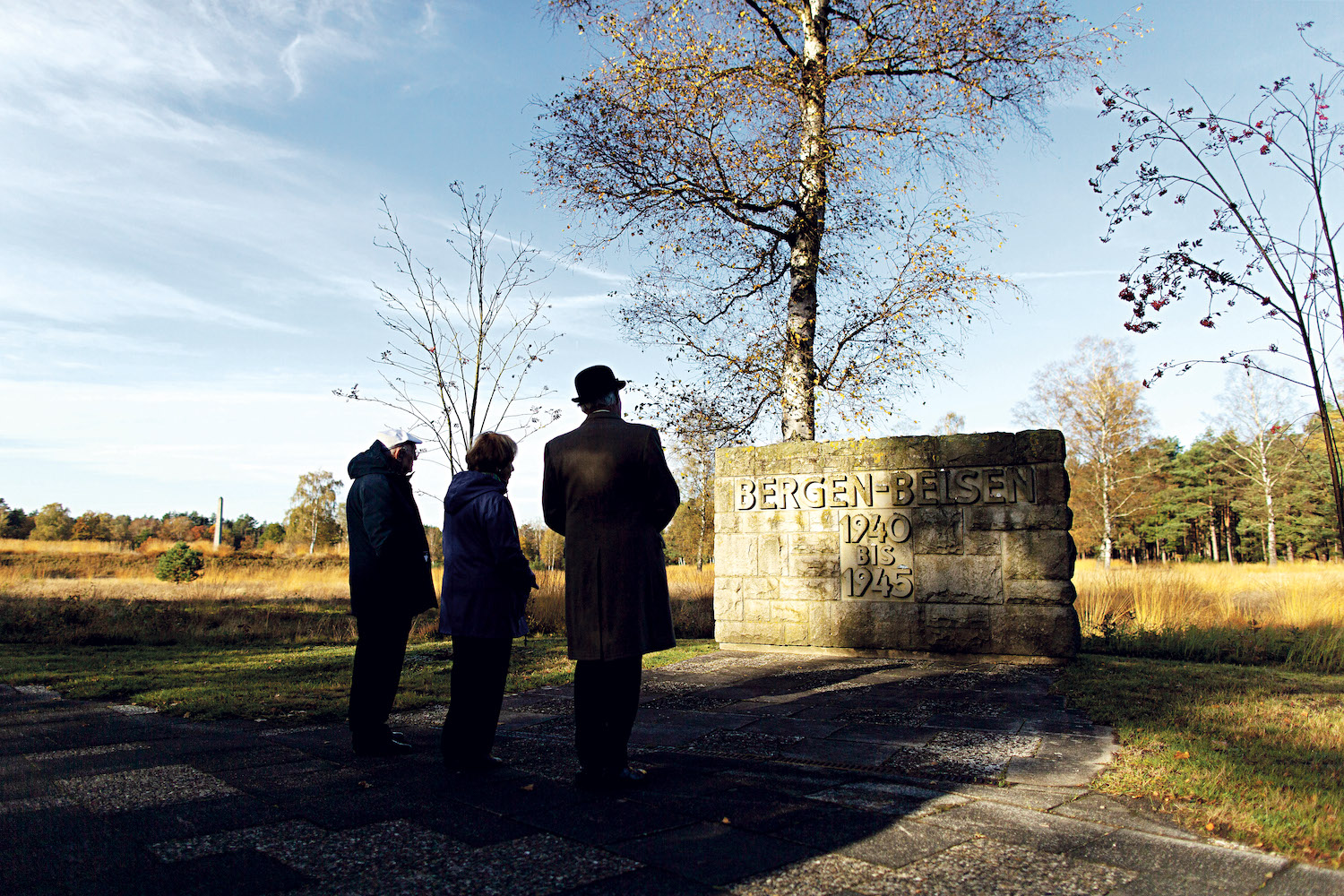 Mala Tribich, in the middle, remembers those who died at Belsen (Sam Churchill Photography)

Many – including Mala – were “brought back to life”, but extreme starvation meant that, even with care, a staggering 14,000 people died after liberation. Today, the site comprises mainly monuments, fields and woodland.

A NATO military range, established after the war, remains in use, with live fire during the MOTL visit. Speeches were given to the eerie backdrop of shelling, drones, and machine gun fire. “It is strange to hear that in the
background,” said Saunders.