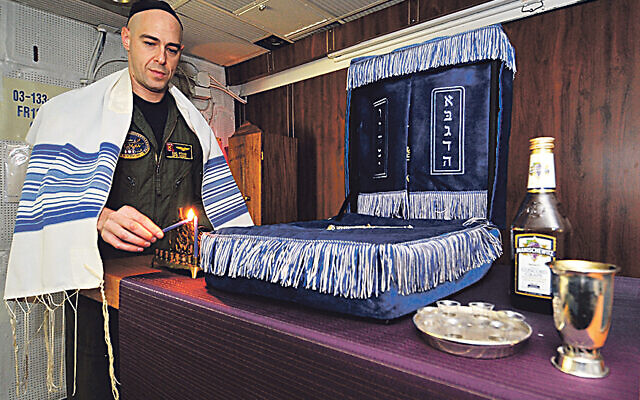 A new report has shown how American Jews are polarising around the question of religion, with an increased likelihood that they identify as “Orthodox” or “atheist”.

The reflection came last week from the nationwide survey conducted by the Pew Research Center, which flagged up that rates of intermarriage had increased significantly over the past decade.

Four in 10 young Jewish adults aged 29 or under no longer describe themselves as ‘Jewish’ when it comes to religion, while 17 percent now say ‘Orthodox’, compared to just three percent of those aged 65 or over.

“Two sharply divergent expressions of Jewishness appear to be gaining ground,” Pew reported last week, “one involving religion deeply enmeshed in every aspect of life and the other involving little or no religion at all.”

The report’s authors added that “the youngest US Jews count among their ranks both a relatively large share of traditionally observant, Orthodox Jews and an even larger group of people who see themselves as Jewish for cultural, ethnic or family reasons but do not identify with Judaism – as a religion – at all”.

While both got involved in cultural activities, such as cooking traditional foods, visiting Jewish historical sites, or listening to Jewish or Israeli music, the two groups “feel they have not much or nothing at all in common” with each other.

Divergence stretches into politics, the survey found, with 75 percent of non-religious Jews voting for the Democrats and 86 percent of Orthodox Jews voting Republican.

The report also highlighted the rapid rise in intermarriage. Before 1980, only 18 percent of Jews married non-Jews, but in the past decade, that percentage is now between 61 and 72 percent, equating to roughly two in every three marriages.

For the first time, less than half of all young American adults aged 18 to 29 said they do not feel “attached to Israel”, as did two thirds of their parents’ generation.