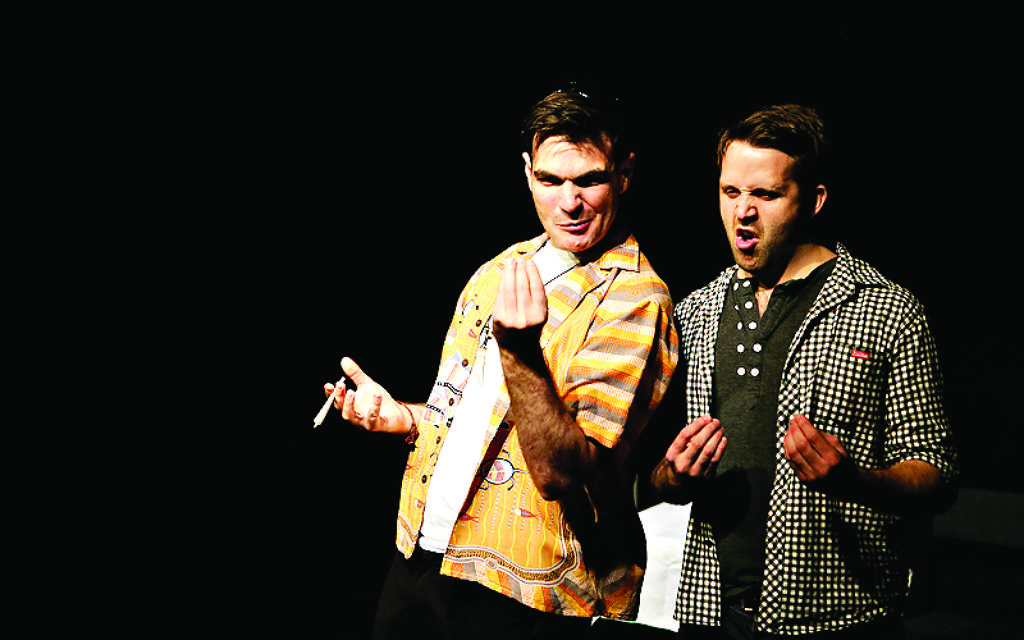 When you’ve had a bit too much to drink, you probably rest your eyes, order a fried meal or pull some silly dance moves. But when Israeli playwright Gur Koren got drunk a few years ago, he imagined his late grandfather talking to him through a nearby cat – and his play 5 Kilo Sugar was born.

The play, which will be performed at this year’s Edinburgh Fringe Festival, follows the story of Gur, whose grandfather appears to him through various people, eventually sending him on a mission that begins with sugar smuggling during the Second World War (hence the play’s name) and ends in the bed of a lecturer in Eastern European history.

5 Kilo Sugar has been brought to the UK by Tikshoret, an Israeli theatre company founded in 2005 by the play’s director Ariella Eshed, which aims to give a platform to Israeli and Jewish theatre and encourages collaborations through cultural exchange.

In the mockumentary-style play, Gur’s grandfather asks his grandson to change a fact in a book written about him. It’s all about myth, history, and rewriting facts.

These are universal human dilemmas that are not specific to Israelis or Jews – and this is why Eshed – ­and all of Tikshoret – are so passionate about bringing these cultural moments to audiences outside Israel.

“The idea of Tikshoret is to not just bring the political aspects of Israeli culture to the stage,” she says, “but to highlight the wide range of cultural aspects in Israeli theatre.”

Yet this is an Israeli play with a twist – though it ran in Tel Aviv for five years, in its UK reincarnation, it will see Israeli and British actors, both Jewish and non-Jewish, taking on typically Israeli roles. For those of us who have ever sat in the back of a speeding Tel Aviv taxi, we can understand how this could be quite a challenge.

“It’s a really interesting cultural exchange, with a variety of voices and different connections,” says Eshed. “It makes the process of recreating work very interesting.”

Eshed says having Israeli productions at the Edinburgh Fringe Festival is incredibly important because “the role of culture is to bridge the gaps and not widen them.” Despite the well-publicised boycotts of Israeli plays in recent years, Eshed believes that the cultural value of theatre transcends the political.

“This is not about political views,” she says. “It’s about culture and bringing people closer together; holding up a mirror for society from within the community that you wouldn’t know about otherwise.”