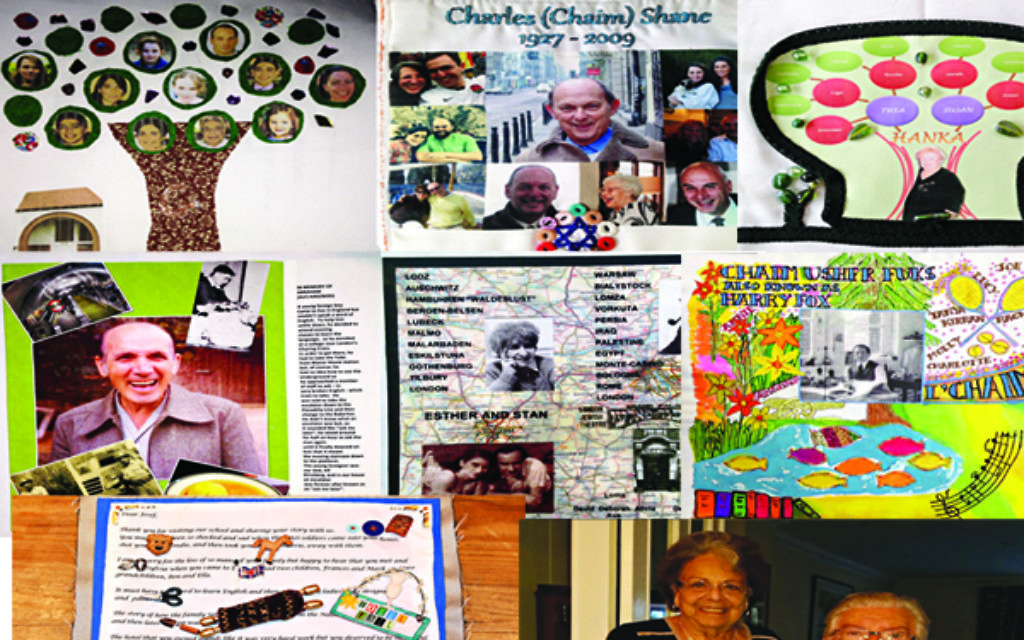 The families of Shoah survivors are creating a ‘memory quilt’ to mark next year’s 70th anniversary of liberation.

Of the 1.5 million children who suffered the horrors of the Holocaust, only a tiny number survived.

Of that tiny number, Britain took in only a fraction after the war.

Mainly based up in the Lake District, this group of 732 children, who became known as “The Boys”, were resettled from orphanages in Eastern Europe.

About 80 of them were girls, and they formed a tight-knit group of friends, bonded by a terrible shared experience almost beyond imagination.

They formed the ‘45 Aid Society to provide support for each other and to campaign for other charitable causes.

Their harrowing story – of ghettos, concentration camps, death marches and hiding – has since been retold, by historian Sir Martin Gilbert, among others, in his book The Boys.

Now, to mark next year’s 70th anniversary of the liberation of the Nazi death camps, the survivors’ descendants have launched an ambitious project to create a memory quilt, for every one of the 732 children, as an act of commemoration.

“Our parents have deputed to us the responsibility of guarding their testimony, bearing vicarious witness to their life stories and of remembering the lives that were destroyed,” said the Second Generation Group in a statement.

“To keep alive the memories of events from the Holocaust, people must be reminded of the facts.”

“Harry Fox” created by his wife, Annie. “My beloved husband never changed his name in any official sense, and still used Chaim Fuks. The words L’Chaim, ‘To life’ are there because he never ceased to choose life. No matter what setbacks he encountered, he never gave up.”

The team, including a newly-formed group of volunteers, are reaching out to the survivors and their descendants around the world, gathering together contributions and planning the display of the finished piece.

The memory quilt group has held workshops at Jewish Care’s Holocaust Survivors’ Centre in Hendon, where they meet to discuss ideas and the creative process with members of the second and third generation, who are making squares for their parents and grandparents.. “This is an important project to commemorate the lives of the survivors,” said Second Generation member Julia Burton.

“We are delighted to have recruited a team of volunteers, though Jewish Care, who have a passion for needlework and are able to help with some of the quilt squares.”

‘Esther and Stan’, made by their daughter, Lorna Brunstein. “My square lists the stopping points of each of their journeys and features a photo of the Grand Palais Yiddish Theatre, a place of great significance to both of them, as it was where they first met”.

‘Abraham (ALF) Kirszberg’, made by his daughter, Elaine Blatt. The words and accompanying photos tell a lovely story.

Since the project launch and a series of creative workshops, untold stories have been coming in from survivors and their families.

Organisers say these are “stories of miraculous survival through one of the darkest periods of human history, stories of bravery in overcoming hardships to rebuild lives and create strong families anew”.

Left: Jan Goldberger made by his daughter, Cilla. Family members are represented as leaves on a tree, “illustrating how the family has grown and blossomed with our parents at the centre.” Right: Made by Holocaust survivor Hanka Ziegler Smith and her daughter, Thea Giardina. Center: Charles Shane made by his wife, Anita, who he married in 1950.

The survivors’ children hope that, by recounting their parents’ testimonies, lessons will be learned to benefit future generations.

“The memory quilt is going to be a powerful legacy for generations to come,” adds Julia.

The whole family met to develop the concept for a square to celebrate
the life of Josef Perl and Mandy, his daughter-
in-law, then brought the concept of ‘a survivor’s story’ to life in words
and symbols.

• For details, or to help with the quilt creation, email second generation@45aid.com or visit www.45aidsociety.co.uk