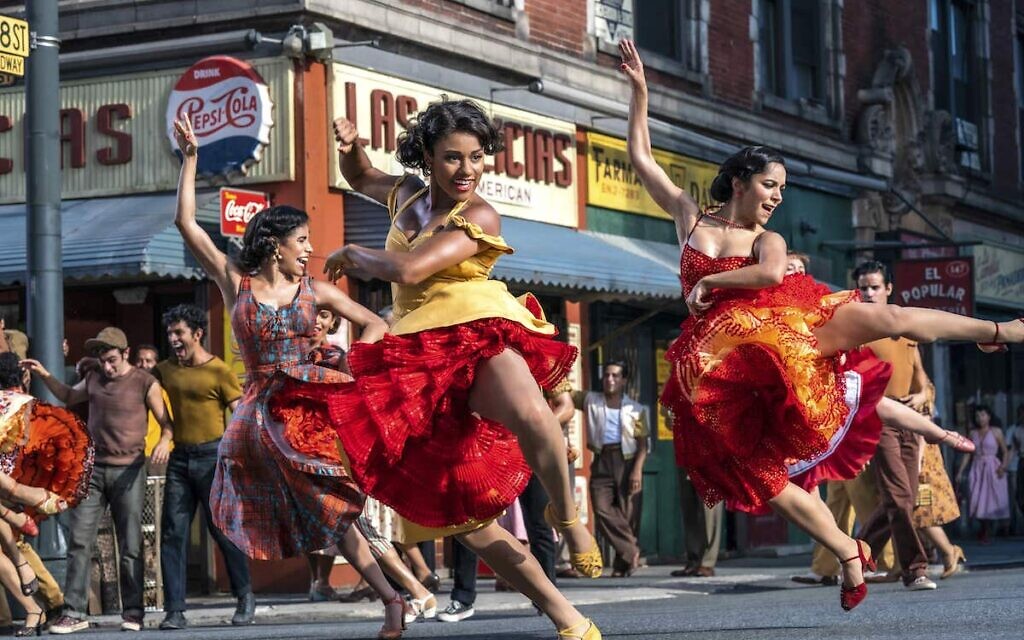 The first-look trailer for Steven Spielberg’s much-anticipated adaptation of Broadway hit West Side Story has been unveiled.

Acclaimed playwright and screenwriter Tony Kushner (Munich, Lincoln) is at the helm of the adaptation and aligns closely with the original 1957 stage production rather than the 1961 film, which scooped up 10 Academy Awards.

The cast features Baby Driver actor Ansel Elgort, who is Jewish on his paternal side, and Rachel Zegler as tragic lovers Tony and Maria who, despite having affiliations with rival street gangs, the Jets and Sharks, end up falling in love.

Joining them are Ariana DeBose, David Alvarez, Mike Faist, Corey Stoll and Brian d’Arcy James. Rita Moreno, who won an Oscar as Anita in the 1961 film, appears in a supporting role as new character Valentina.

The film, which features the sweeping score of Leonard Bernstein and lyrics by Stephen Sondheim, is set for release on 10 December.

Elsewhere, Spielberg’s Oscar-winning documentary about the experience of Hungarian Jews during the Holocaust will be released on Netflix next month.

The Last Days will be remastered from the original 35 mm film before its streaming release on 19 May.

The documentary, which won the Academy Award for best documentary feature in 1998, tells the stories of five Hungarian Jews who survived the Holocaust. One was Tom Lantos, who would go on to become a congressman from California from 1981 to 2008.

The film follows survivors after the war as they return to their hometowns, as well as visit the ghettos and concentration camps where they were imprisoned.

Spielberg was an executive producer together with the USC Shoah Foundation, which he founded after directing the critically-acclaimed Schindler’s List in 1993, about the life of German industrialist Oskar Schindler and the Jews he saved during the Holocaust.