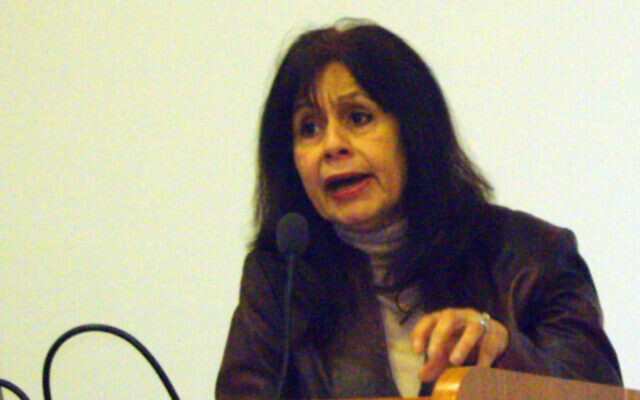 A meeting of Hackney North Labour Party turned toxic on Thursday night after the main speaker accused Keir Starmer and his allies of “perpetuating this tragedy” against the Palestinians by using the “label of antisemitism as a weapon.”

In an astonishing rant, which was halted by the chair of General Committee meeting, former University of Exeter fellow and lecturer Ghada Karmi accused the Labour leadership of “using this antisemitism smear accusation” as a “weapon” to expel and suspend party members.

At one stage Karmi stated that “the party, the leadership today, is one that supports Israel over the rights the Palestinians… I’m sorry to be so blunt.

“We should tell the truth about this. I’m not nervous about speaking about what has happened.”

Karmi said it was “quite absurd to talk about antisemitism” when some of those being sanctioned in the Labour Party were Jewish themselves.

She then suggested it was “not moral … to support the oppressor against the oppressed… that is not what the Labour Party traditionally stood for.”

The chair of the meeting, Sue Millman, decided to cut short the 82-year-old writer’s explosive talk, saying: “We have many, many Jewish members of all persuasions.

“Specifically, because it wasn’t the sort of talk we were expecting we need to draw it to a conclusion now…. I really feel we can’t continue.”

Karmi begun her talk by accusing Israel of using “classic apartheid techniques” to undermine the lives of Palestinians.

But she then told members of the north London CLP that rather than give a historical analysis of the conflict the “subject for tonight” of her talk would be the “role of this country and in particular the Labour Party under Keir Starmer that is perpetuating this tragedy”. 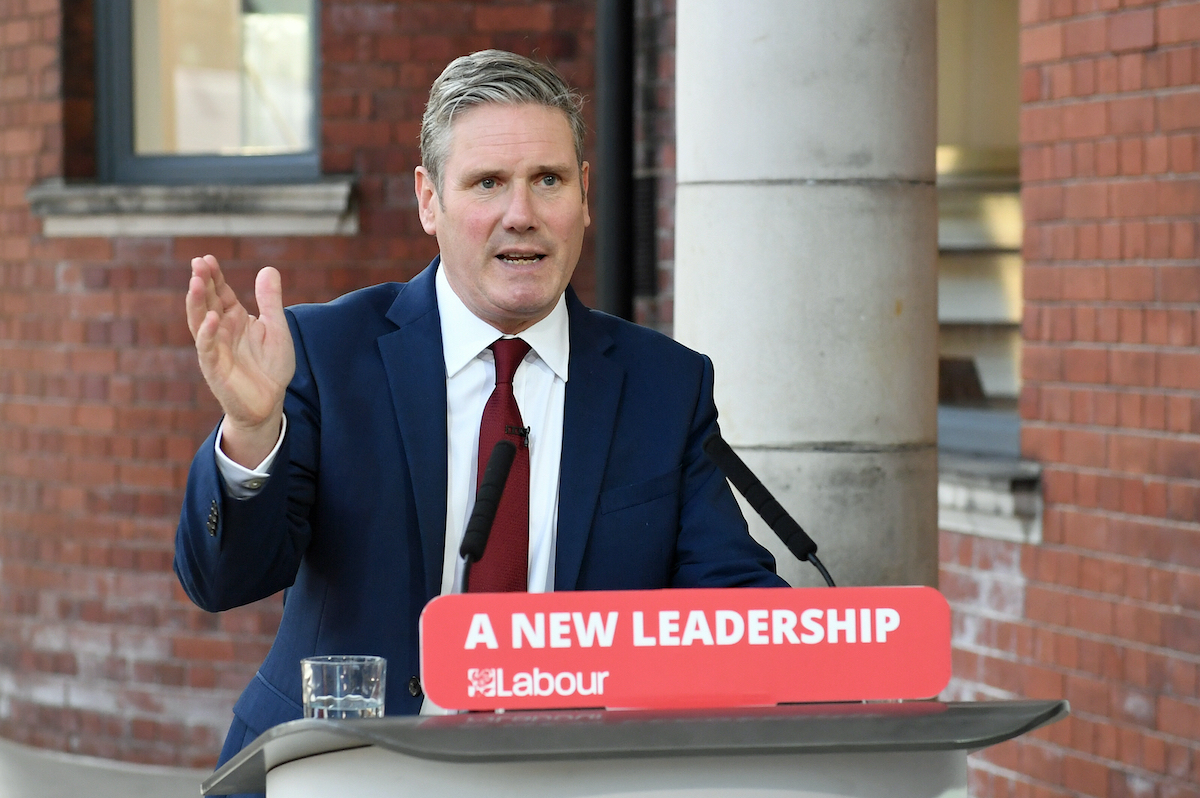 A former associate fellow at the Royal Institute of International Affairs and ex-visiting professor at London Metropolitan University, Karmi said she was not insinuating Starmer “and the leadership” were going out to Israel or Palestine to oppress the Palestinians themselves.

But she then claimed that the “number of suspensions, expulsions of members of the party who accused of antisemitism” was proof that “the waters have muddled for the simple reason – the definition of antisemitism.”

Karmi, who was born in Jerusalem to a Palestinian father and Syrian mother, claimed the definition of antisemitism now used by Labour was “one that equates criticism of Israel with Jew-hatred”.

She continued: “Because of using this antisemitism smear accusation as a weapon… what’s happened is the discourse, the political debate about Palestine and the rights of the Palestinians is gradually muted, and in fact silenced.”

She added: “It is not moral, it not correct, it not even on the right side of history to support the oppressor against the oppressed. That is not what the Labour Party has usually stood for.”

Karmi said that “an anti-racist party that has a proud record, particularly under Jeremy Corbyn of espousing support for the cause of the underdog, is slowly becoming a party that support the oppressor against the oppressed.”

She added: “The issue for us is: what do we want to do about this?”

Karmi then insisted those who criticised Israel became “the victims of what I can only call a witch-hunt”. 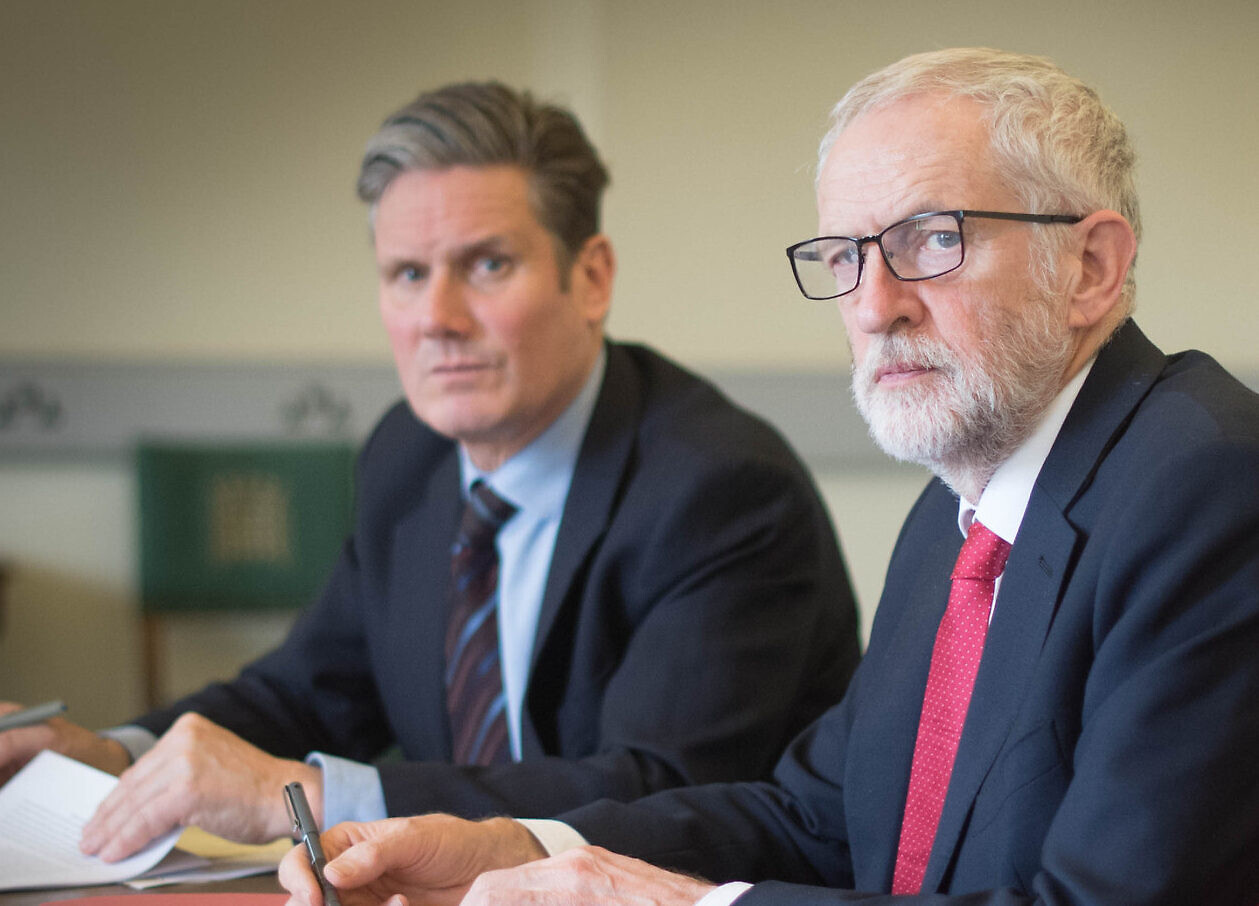 But as she continued to speak the chair of the meeting interrupted to state: “Ghada, I am going to have to intervene here because I’m afraid this is not quite the talk we were expecting.”

Millman continued: “I know and respect your academic credentials, but as you know there are many sensitive issues within the Labour Party at this time. Some of your remarks have been extremely controversial.

“We have been very careful within this party, that we don’t allow ourselves to become riven over this matter.

“We have many, many Jewish members of all persuasions. Specifically, because it wasn’t the sort of talk we were expecting we need to draw it to a conclusion now. I really feel we can’t continue.”

Karmi then said she “recognised what I said was controversial”, adding she would have welcomed “some questions and then we could have had a debate”.

The chair then said to the meeting it was “far more important we preserve our unity at this point. We have some big issues coming up locally.”

It is understood that several Jewish members who attended the meeting were left uncomfortable by Karmi’s comments.

Jewish News has contacted the Labour Party and Diane Abbott, the local MP, for comment on the meeting.