Tottenham Hotspur has defended asking a fan to take down an Israel flag, days after the Football Association (FA) said players and supporters can display Palestinian flags.

In video footage which surfaced online, a steward told a supporter it was “not the time or the place for you to be using that flag”.

He gave the fan, Gabriel [surname withheld upon request], an ultimatum, saying: “You’ve got two options. You either put that flag away and it doesn’t come out again. The second options, is you’ll be asked to leave the stadium”.

The stadium official said “this is from the FA, I’m talking to the FA now”, and that a “safety officer” asked him to request the flag’s removal.

The FA told Jewish News this week it would not penalise Hamza Choudhury and Wesley Fofana of Leicester City, in addition to Paul Pogba and Amad Diallo of Manchester United, after they brandished Palestinian flags after fixtures this week. 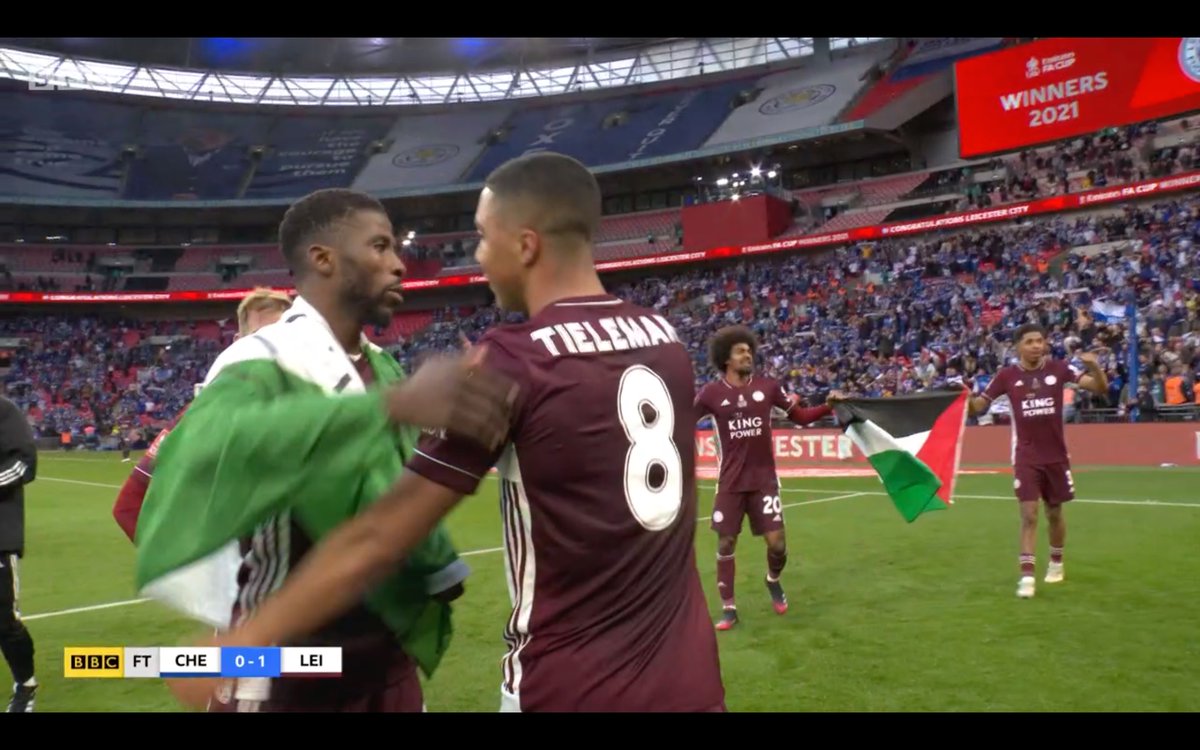 It confirmed that it was not a breach of its rules for players or fans to display internationally recognised flags in the stadium – as they aren’t viewed as discriminatory, political, or religious.

The FA denied having been in contact with the steward at Spurs during the incident. It took place during a home fixture against Aston Villa.

Tottenham Hotspur FC told Jewish News: “The Club has always considered that a football match is a time to show allegiance to a football team first and foremost.

“A football match is not an appropriate arena to display flags of any political or religious affiliation or anything that could possibly be considered inflammatory – this can include national flags during times of political conflicts, campaigns or issues.”

Tottenham says it is investigating the incident internally.

Speaking to Jewish News, Gabriel, a Nottingham Trent student who attends Edgware District Reform Synagogue, said he felt “harassed by the number of stewards who confronted me and my family. Many of the fans around us were very supportive telling the stewards to leave us alone”.

Tottenham Hotspur has a historical link to London’s Jewish community, which led to some supporters calling themselves ‘Yids’. Fans say they are reclaiming the term and using it in a positive way.