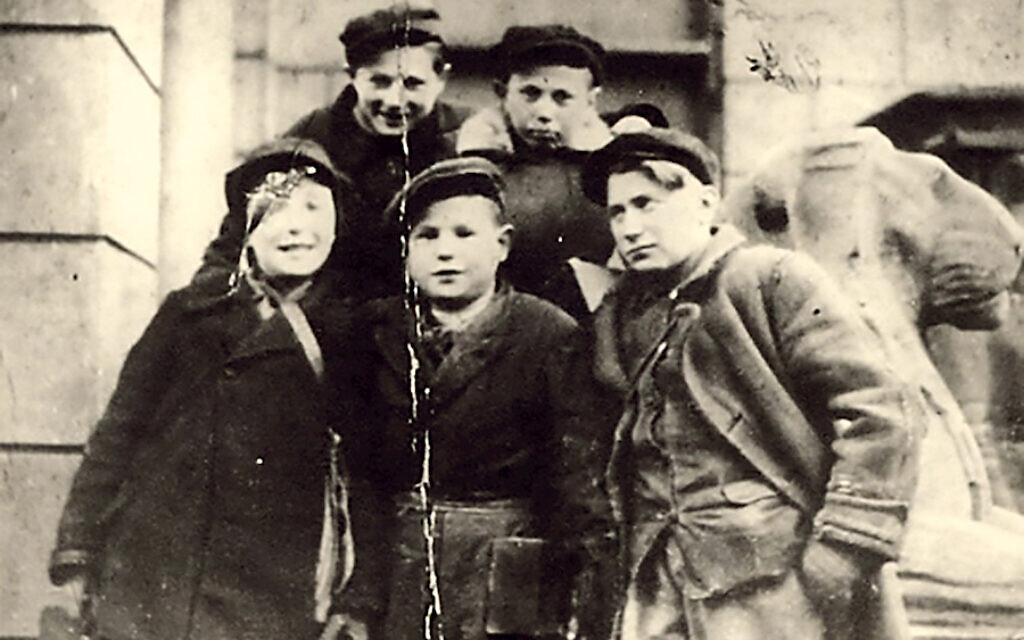 Hiding in plain sight, many of the Jewish refugee children selling cigarettes to Gestapo officers in Aryan-only Warsaw in 1942 ultimately got one over on their clients by using their wits to dodge both detection and death.

Their remarkable story was committed to print after the war by Józef Ziemian, a member of the Jewish Underground who, aged 21, met and helped the cigarette sellers of Three Crosses Square during the Nazi occupation of the city.

The unmasking of these children as Jews who had earlier survived the liquidation of the Warsaw Ghetto would have led to their death, and several were indeed caught and killed. But, against all the odds most survived and lived to an old age, often in Israel.

Last week, senior figures in the Polish capital backed a fundraising campaign to raise around £6,500 for a commemorative plaque for these “little heroes” who, as young as six, sold smokes and newspapers to the
SS and gendarmes in Plac Trzech Krzyży at the height of the war.

A small group of about 20 Jewish children up to the age of 16, they were orphans and refugees who had managed to escape the squalor and death of the ghetto, and who now sold their wares in the centre of the German district.

“Their courage and determination gave them both an income and an alibi,” Elżbieta Magenheim, a board member of the Jewish Community of Warsaw, told Jewish News. “The Germans didn’t know they were Jews.”

At night, the youngsters slept rough – including in bushes, ruins, empty cellars, under staircases and in the bowels of a nearby hospital – and their existence was largely one of hunger and cold. But kindness came in the form of several elderly Polish women who gave them food and shelter. 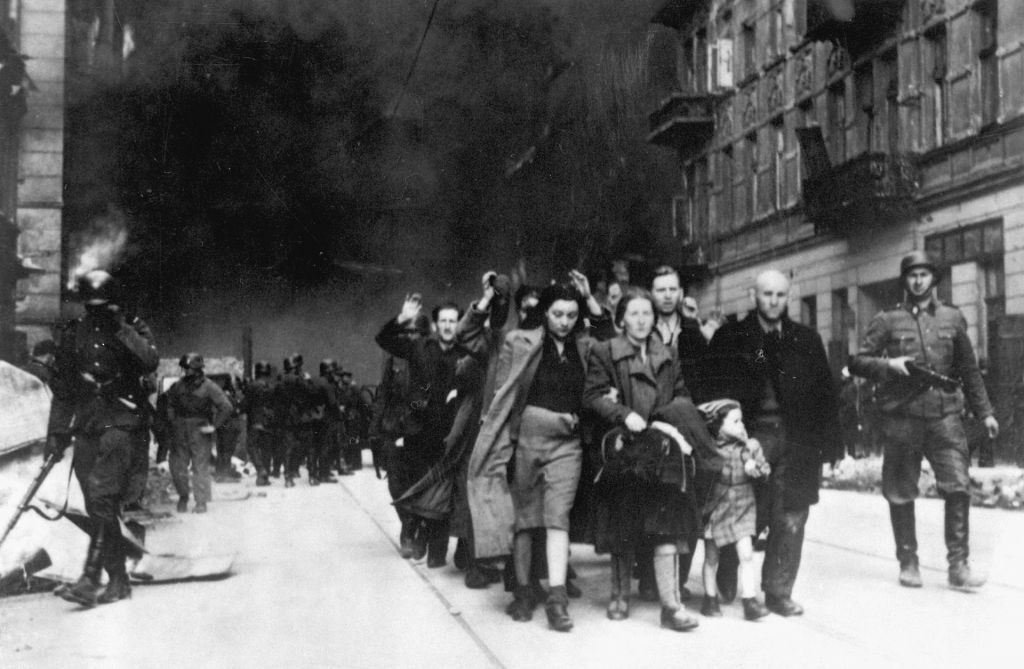 Captured Jews in the Warsaw Ghetto are led by German troops to the assembly point for deportation.

In October 1943, Ziemian (real name Zysman), who had also escaped from the ghetto, made his first contact with the children and took them under his care on behalf of the Jewish National Committee, handing
them fake ID cards that gave them Polish nationality.

Gradually, so as not to arouse suspicion, he also gave them money and clothes, while the committee quietly found places for them in Polish homes in a city that had housed around 400,000 Jews just four years earlier.

After the outbreak of the Warsaw Uprising in 1944, the children remained in Warsaw and many took part in the fighting; the girls became nurses and messengers and the boys joined combat units.

Their heroism was recorded in underground insurgent newspapers. 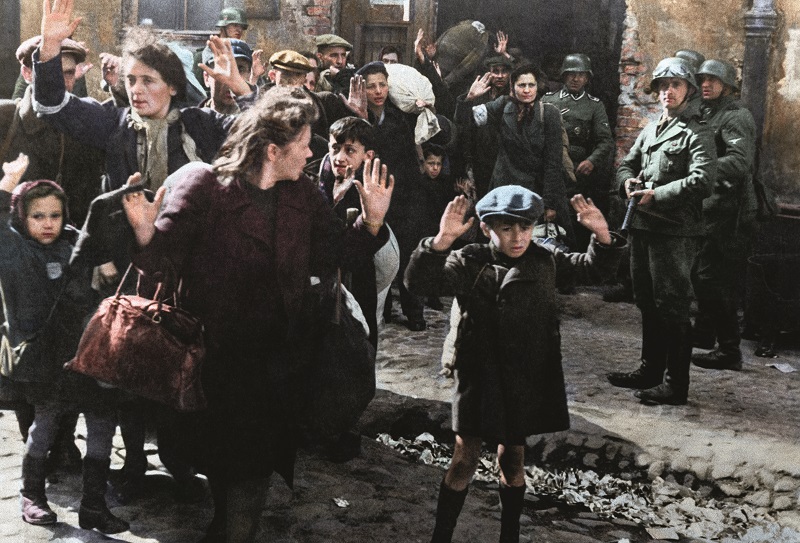 After the uprising, the children were sent to German internment camps, and after the war most left for Israel, as did Ziemian, whose first account of the cigarette sellers was published in Lodz newspaper Nowy Dzień in 1948.

The full version came in his book, published in Hebrew in Israel in 1963 and translated into English in 1970 but, outside Israel and Poland, the children’s story is now largely forgotten.

Their courage and determination gave them both an income and an alibi. The Germans didn’t know they were Jews

In 2017, Warsaw Council published the memoirs of Peretz Hochman, one of the cigarette sellers. Then president Lech Kaczyński awarded Hochman the Knight’s Cross of the Order of Merit of the Republic of Poland.

“Their story is the only example of such a large group of Jewish children who survived after escaping the ghetto, thanks to their courage, creativity and solidarity,” said Magenheim.

She is one of the leading voices behind the campaign for a commemorative plaque, and says she firmly believes the fate of the cigarette sellers “deserves to be remembered” by both residents and visitors to Warsaw. 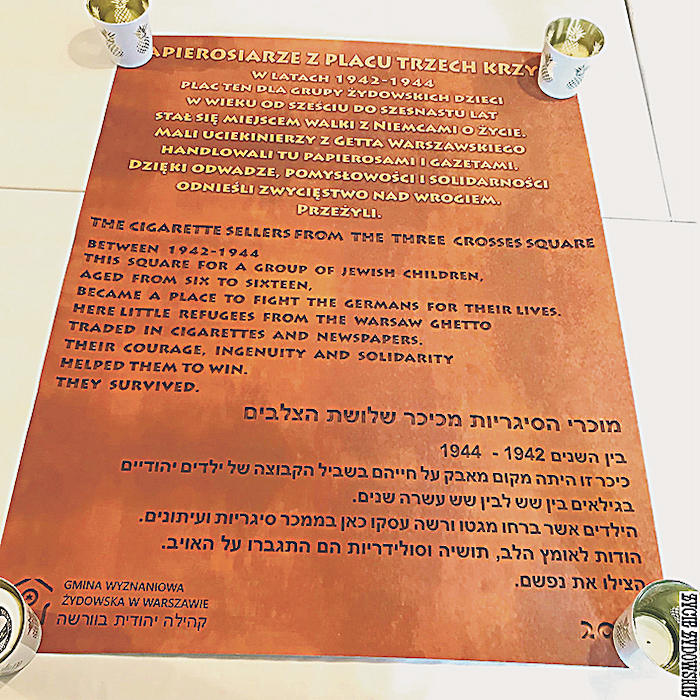 The plaque would commemorate the cigarette sellers of Three Crosses Square

Warsaw’s mayor, Rafał Trzaskowski, and the Israeli Embassy has assumed honorary patronage over the project, and Warsaw Council has given its approval.

Their story is the only example of such a large group of Jewish children who survived after escaping the ghetto, thanks to their courage, creativity and solidarity

Placed on the wall of an historic building housing the Institute for Deaf Children, founded by Jakub Falkowski in the 19th century, the plaque would tell of the sellers’ lives in Polish, English and Hebrew.

Having already been designed by professor Antoni Grabowski, it would include a QR code for people to learn more about the children, including their fate, as well as some information on the brave Poles who helped them.

“The fundraising will pay for carving and casting the brass plaque, installing it, and launching the multilingual website,” said Magenheim. “We hope people help. They deserve to be remembered.”

Warsaw had been the largest Jewish community in Europe in the 1930s. Centred in the northern district, it ran its own schools and enjoyed a full cultural life (in Polish, Yiddish  and Hebrew), producing writers, artists, philosophers and journalists.

The Jewish Council, an autonomous organisation, looked after the welfare of every Jew in Warsaw, from birth to burial. It ran two Jewish hospitals, a social service department, religious institutions and political and youth organisations.

There were Jewish representatives in the Polish Sejm and Senat, whose main task had been combatting antisemitism and fighting for civil and religious freedoms but, as their influential German neighbour grew in strength, the mood darkened. 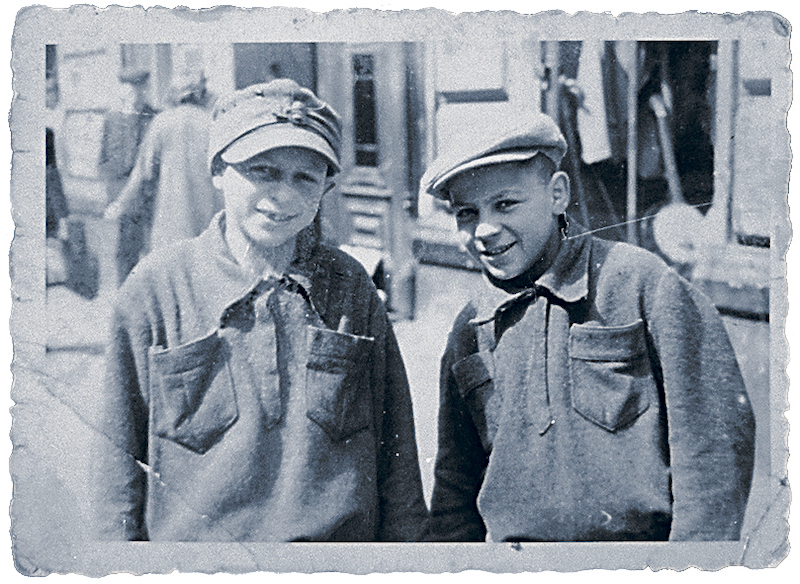 Restrictions were imposed, rights withdrawn and, before long, Poles and Jews were fighting together on the barricades, against overwhelming odds.

Occupation brought indignity before death. Beards were cut, shops
plundered and a ghetto established. Jewish families were relocated, with
several crammed into each apartment.

High walls, barbed wire, and security checkpoints split Warsaw in two: the Jewish section, and the Polish or Aryan one.

As families fought starvation and disease, children risked their life to sneak out, begging for bread or tinned fish to bring back home.

When the ghetto was finally liquidated, a precious few got out – and met at Three Crosses Square.