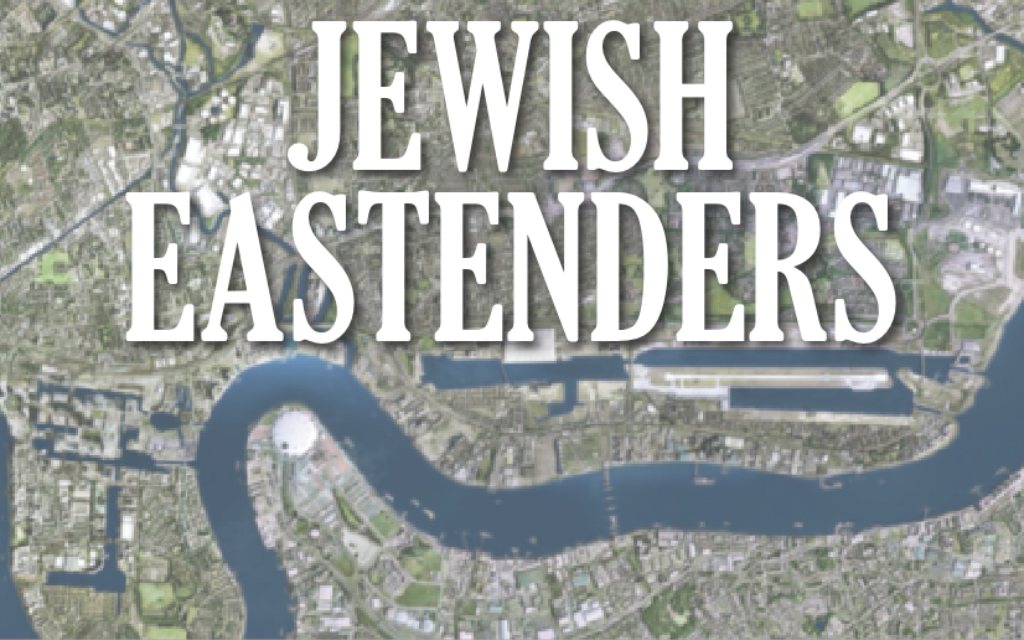 Today’s East End Jewish community is very small and ever decreasing – but that could be about to change. Artists, writers and all-round hipsters have been gravitating towards the area in recent years – among them are a new generation of creative Jewish talent, writes Lianne Kolirin

Long gone are the kosher butchers, the yeshivas and the once thriving shmatte trade.

Once the home of London’s burgeoning Jewish community, the East End has little to show for its Yiddishe past. All that remains is the odd bagel bakery, a couple of synagogues and a few commemorative plaques.

Around 150,000 Jewish immigrants flocked to Britain to escape poverty and persecution between the late 19th and early 20th centuries. The majority settled in the East End, which offered low rents and a tight-knit community. But as their poverty turned to prosperity in the post-war period, so began the mass exodus to London’s leafier suburbs.

Today’s East End Jewish community is very small and ever decreasing – but that could be about to change. Long regarded as a starting point for immigration in London, the East End has undergone a radical transformation in recent years. The majority of immigrants there are now Muslim – hailing mainly from Bangladesh and Somalia – but changes are afoot.

Artists, writers and all-round hipsters have been gravitating towards the area in recent years – and among them are new Jewish Eastenders. “I wouldn’t want to blow it up and say there are masses, but there are definitely young Jewish people living in the East End,” says Maurice Bitton, general manager of Bevis Marks Synagogue in Aldgate.

Britain’s oldest synagogue has been welcoming new congregants of late. Although a very long way from filling its 500-strong capacity, the synagogue regularly welcomes around 40 worshippers on a Friday night. With no resident rabbi, services are generally conducted by lay members. Barmitzvahs are rare, but weddings are becoming more popular at Bevis Marks.

“There is some sense that younger people are coming back to the East End,” says Bitton. “It’s very hip and trendy to live here, so some young Jewish people are beginning to move into Spitalfields, Shoreditch and places like that. There are very few families and they are mostly under 40. There are the young trendies, but there are also quite a few French professionals.”

During its heyday, the East End was dominated by Yiddish signs, newspapers and theatres. Small synagogues abounded, as did kosher butchers and grocers.

Jewish residents tend to be drawn by the vibe, as opposed to the salt beef on rye.

Rachel says she has fallen in love with Hackney life

Author and artist Rachel Lichtenstein has written extensively about the Jewish East End and is currently working on an oral history and local community project at Sandys Row Synagogue in Spitalfields. “There’s an increased interest in the cultural history of the Jewish East End and there are definitely people moving back into the area,” she says. “Synagogues like Sandys Row, which looked likely to close down are starting to see more young people joining the congregation,” says Lichtenstein, who organises walking tours of the Jewish East End.  “Like many artists, I was forced out of the area by increasing property prices,” she adds. “I moved to the area in the early 1990s to walk the streets my grandparents walked, to learn more about the Jewish East End.”

She is not alone, according to Harvey Rifkind, president of Sandys Row. Besides the people who are moving into the area, there is also considerable interest from those whose ancestors were once members there. He says: “We have people who come and visit all the time, saying ‘my grandparents got married here’ and asking if we have records – which we do.”

The synagogue regularly runs tours, as well as a range of cultural and traditional events. Weddings and barmitzvahs are also coming back to the shul. “The youngsters who are moving come and look around. A lot will come on Yom Tov only and there’s no pressure to become members,” says Rifkind. “It’s a house of prayer and we want it to remain that way.”

Shula Spital, 25, recently moved to Hoxton from Pinner in Middlesex. The marketing and communications officer lives in shared accommodation with a Jewish friend, also from north-west London.

Spital says: “It was always going to be east, because that’s where I’d go to in my free time. Neither of us wanted to stay in north London because we had both grown up there. Central is ridiculously expensive and I’m not ready for south of the river yet! “East London has a great atmosphere. There’s the flower market and the food market and there are so many different cultures. It’s so different from being in Pinner or Edgware, where there doesn’t seem to be much going on.”

Spital’s parents reacted with surprise when she announced her plans – particularly as her father had previously moved away from there.

She says: “When I told my mum, she said: ‘Why are you moving there?’ But once they came to visit, they started to love it. My mum thinks it’s so vibrant. “I took my father up to Church Street in Stoke Newington and he said that the area has changed so much. He said that it was not where you aspired to be, but now it’s beautiful.” Spital’s connection to Jewish life in the area is limited, although she believes more of her Jewish peers will soon be following in her footsteps. “A couple of my friends are in long-term relationships and are beginning to think about looking around here. It’s very up and coming,” she explains.

Rachel Hart, born and bred in north London, has upped sticks and bought a flat in Hackney

Moving to this once affordable corner of the capital is easier said than done, however, as prices are skyrocketing. This is something Rachel Hart, 31, is well aware of.

Born and bred in north London, she took the bold step of buying a flat in Hackney in 2009. “When I told my parents, they couldn’t believe it,” says Hart, who is training to be a social worker. “My mum had grown up in Stamford Hill and Hackney in those days had been a place with extremely high levels of crime and deprivation.” The area has changed significantly, particularly since Hart moved in. “When I bought my flat, it was an affordable place to buy. However, now it seems you are looking at a minimum of £800,000 for a two-up, two-down, which just seems insane.”

She adds: “When I first moved in, it was starting to become a place where young professionals were gravitating to, but where I lived there was still a massive drug and prostitution problem. “A year or two after I moved in, this started to dissipate and more and more individual bars, restaurants and coffee shops started to open. “The diversity in the borough is incredible,” says Hart. “I don’t think I’ve ever loved anywhere as much as I love living in Hackney.”

Danny Somekh lives with his wife and three children in Palmers Green, but runs his branding, design and digital firm, Huddle Creative, from a studio in Shoreditch. “My parents settled around Commercial Street in the 1950s. They got married in Bevis Marks and worked really hard to fulfil their big dream of moving out to the suburbs. It was seen as a sign of success,” he says. “The East End was where you started, but it definitely wasn’t somewhere to stay.”

Last year, Somekh was offered the chance to move his business into the heart of his parents’ former stomping ground. “It wasn’t a conscious decision – more about an opportunity that came up. But now I’m in the area, I absolutely love it,” he says. “If we didn’t have kids, I would love to live around here. And from a creative business point of view, it’s the right place to be.

“You can see why young people want to be here, although it’s phenomenally expensive and you don’t get a lot for your money. It’s an incredible vibe and that’s evident on almost any night of the week.”