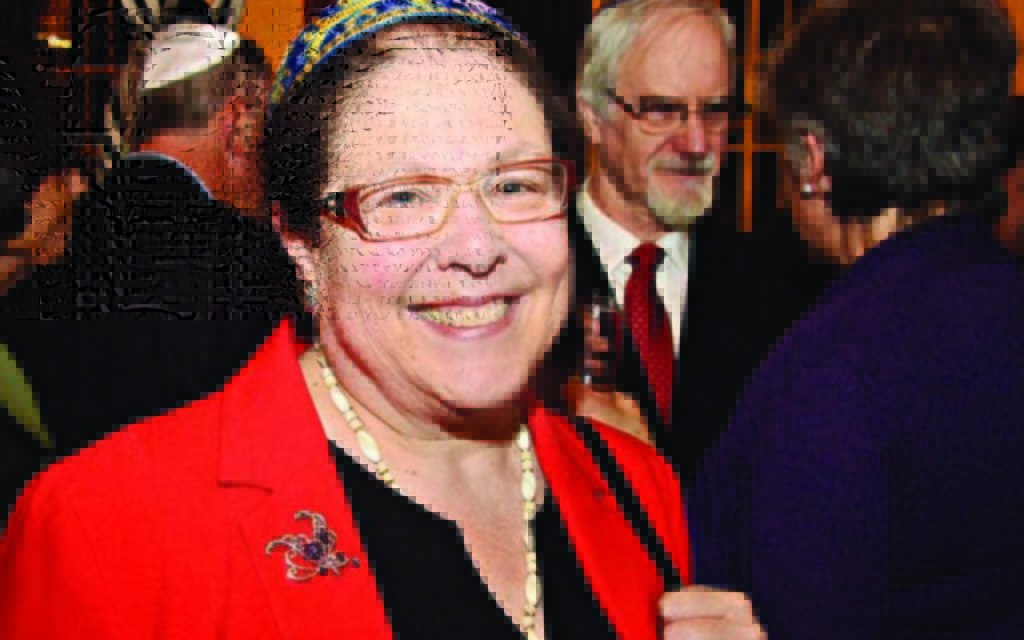 Jackie Tabick, the first woman to be ordained as a rabbi in the UK, speaks to Deborah Cicurel about glass ceilings, her achievements and what spurs her on…

A highly influential figure in British Jewish life is set to celebrate a landmark anniversary. Rabbi Jackie Tabick, the first woman to become a rabbi in this country, was ordained 40 years ago – and has paved the way for thousands of women to pursue their dream careers.

Rabbi Tabick, 66, a champion of many causes, has her hands full: she is a patron of the Jewish Council for Racial Equality, on the executive of The Inter Faith Network, chair of the World Congress of Faiths, and, since 2012, Convenor of the Reform Movement’s Beth Din. But despite all her success and achievements, she feels there is still a long way to go for women to feel equal in the workplace.

“So many of the many top jobs in all sorts of industries are being carried out by women, but we are still being asked the same questions, such as: ‘What are you going to wear?’ or ‘How will your husband cope?’” she says. “You’d never dream of asking a man any of these questions.”

She worries that patterns in top FTSE companies will be reflected in the Jewish community. “There was an article in the newspaper recently suggesting that when women get top jobs, they stop their female counterparts climbing up the ladder behind them,” she says. “But it’s not that at all. It’s to do with the people providing the jobs, who make sure a top job doesn’t go from women to women, whereas it can go from man to man without a problem.”

“It seems to be happening in the top FTSE companies and I worry it will happen with us too,” she adds. “It is true that in many synagogues, while they won’t bat an eyelid to three men in a row given aliyot, they won’t accept three women in a row, even in some Reform synagogues.”

However, while the landscape for female empowerment is still challenging, Dublin-born Rabbi Tabick acknowledges that it is miles better than when she first got smicha [ordination] in 1975.

“When I just started as a rabbi, some people didn’t want me to take their loved ones’ funerals,” she remembers. “That would never happen now.”

She says she had “lots of difficulties” over people’s initial resistance to a female rabbi. “There were people who thought I couldn’t hold the Torah because it would be too big or heavy, there was the gentleman who always took out a big broadsheet to read whenever I went up onto the bimah, or another gentleman who used to put his fingers in his ears whenever I went to sing,” she recalls.

“At various points I feel I touched glass ceilings along the way, but in general it has been an amazing experience and a wonderful honour to serve as I have done over the past 40 years.”

One of the facets of rabbinic life that Rabbi Tabick enjoys most is teaching everyone from infants to adults, having once toyed with the idea of becoming a teacher or social worker. “Being a rabbi, you get to do both,” she reasons. Her husband is also a rabbi, with their children having to learn what this entailed. “We had flexible working hours, we could get to school concerts and things, but our children also experienced the fact we worked incredibly long hours, and they had to learn early on that what they heard in the house was confidential.”

Of the couple’s three children, one was ordained a month ago, while the other is doing an MA in Talmud. Clearly, the rabbinic life led at home was an inspiring one – but it is not only the Jewish religion that Rabbi Tabick holds close to her heart, with her interfaith work an important part of her life.

“It gives me a deeper understanding of what religion is generally, and it gives me the opportunity to relook at my own faith,” she says. “And I hope we can help to develop a greater understanding and acceptance of difference in the world.”

She is also passionate about helping interfaith couples, knowing that relationship dynamics, especially about religion, can be tricky. “We know from sociological research that children who are brought up in households where Judaism is important are more likely to be involved in Judaism as they grow up, but how do you keep the cycle going?” she asks.

It would seem, however, that perhaps her greatest achievement, would be helping young women to break the mould and achieve what they want.

When asked what advice she would offer those hoping to follow in her footsteps, she says: “No matter what you want to do, be enthusiastic about your own learning. When all the minutiae of the job, and the challenges and arguments tend to become overwhelming, remember who your ultimate employer really is. And support each other. Always, always support each other. That’s the most important thing.”