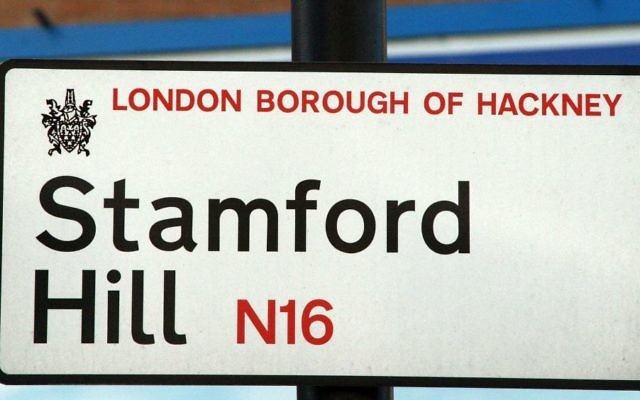 There has been a spate of alleged antisemitic attacks in Stamford Hill in the past week, with reports of bricks thrown in the windows of Jewish homes and a family subjected to abuse on Shabbat.

The Met Police received reports a man was allegedly punched by one of four women who apprehended him and shouted antisemitic abuse at around 11.40am last Saturday.

According to the neighbourhood watch group Stamford Hill Shomrim, the man was leaving Shul with his family when he was allegedly punched and called a “germ on society”.

However, the Met Police said they closed the case after the victim failed to attend an appointment.

The victim, who did not wish to be named, told Jewish News: “My family witnessed it, and they are still in shock.

“My son woke up last night crying about it and was all traumatised.

“I was trying to calm him down as best as possible and trying my best to speak to him about it. It’s not an easy thing to explain.”

The father said he did not attend the meeting because of a lack of faith in the system. “The punishment is always minor when it comes to antisemitism,” he added.

On Wednesday, a man walked into a clothing shop in Clapton Common at around 1.30pm and shouted antisemitic abuse at a shop assistant.

The Met Police said the incident took place after the man asked whether the shop assistant wanted the windows cleaned and disputed the price they had agreed on.

Shomrim added the suspect had allegedly shouted: “Hitler should have called all the Jews”.

The Met Police have no made any arrests but enquiries into this incident are ongoing.

Also last week, Jewish homes in the Lea Bridge area were targeted, with reports of racist remarks and bricks thrown in the windows of Jewish homes, according to the group.

However, a Met Police spokesperson was unable to confirm this incident, adding: “I don’t believe this was recorded as a crime.”

Chaim Hochhauser, from Stamford Hill Shomrim, said the number of attacks each week has increased over the past several months, now averaging about 10 a week.

He said: “It keeps on happening. They are upset about it but they’ve got used to it. It’s happening all the time so you get used to it.

“We are trying out best. We are in contact with the police, local authorities. We have got extra patrols  so we are doing our best.

“The attacks are coming from a lot of young kids, teenagers.”

The Mayor of Hackney Philip Glanville, tweeted: “It’s incredibly important that such incidents are reported to both @MPSHackney & @hackneycouncil.

“There’s no place for antisemitism or hate in Hackney, even worse to see on eve of Shabbat.

“Intervened before, if you can email me addresses I will see what we can do to support.”