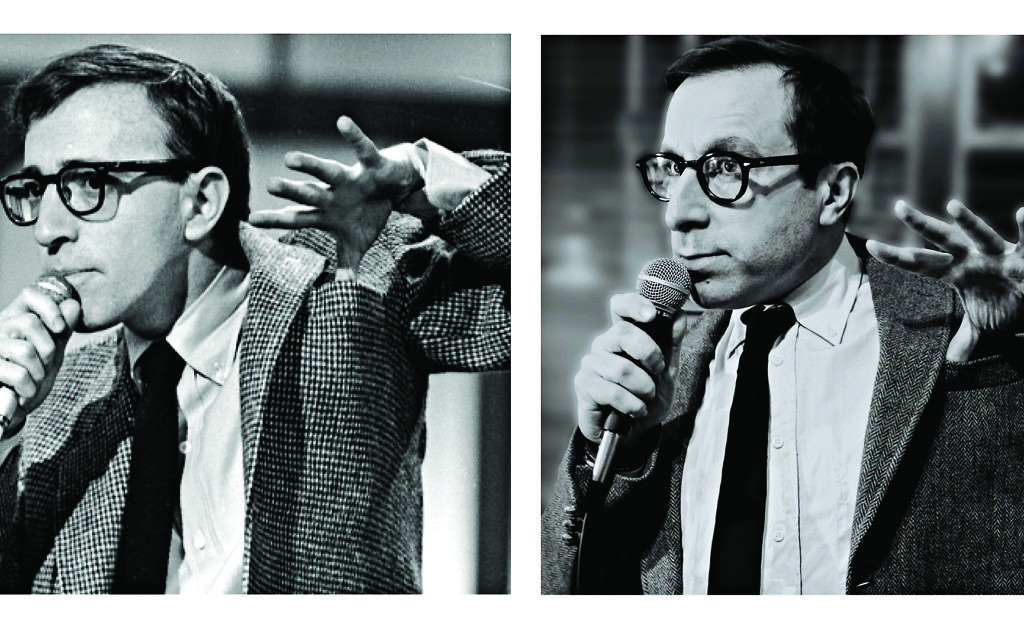 Spot the difference: Simon Schatzberger in character as Woody Allen

Simon Schaztberger chats to Rebecca Wallersteiner about being Woody Allen… and the only Jew in school!

Spot the difference: Simon Schatzberger in character as Woody Allen

Simon Schatzberger is not only a successful TV, film, theatre and radio actor, but also a comedy writer and voice-over artist, with a string of successful roles, including Band of Brothers (directed by Tom Hanks), Black Books and The Cottage.

Last month, Schatzberger – who began acting professionally aged 16 after he was chosen from hundreds by author Sue Townsend to play the original Adrian in the West End musical The Secret Diary of Adrian Mole aged 13 3/4 – brilliantly transformed himself into Woody Allen for one night to recreate the star’s iconic 1960s stand-up routines at the Albany Theatre, London. His performance received rapturous applause.

Does Schatzberger identify with Woody Allen? “Well, apart from being the same height, humour helped me survive as a child in a tough Northern school, where nearly everyone was bigger than me,” he says. “My brother and I were the only Jewish kids in our school. At the time, Nottingham had a reasonable size Jewish community and a couple of synagogues, but no Hebrew schools. Clowning around in class helped me to survive and also gave me a taste for performing.”

As a teenager, he watched Allen’s classic films, including Annie Hall and Manhattan, and became drawn to their beautifully written scripts and visually stunning imagery of New York.

However, Allen’s succinct, self-mocking humour was different to the comedy Schatzberger – who has also appeared in two episodes of EastEnders as a rabbi – had grown up with on television. “My brother gave me a couple of cassettes of Allen’s early stand-up routines, which were funny and witty. I already loved his films, but it was a revelation to hear his live comedy,” he said.

Despite Allen’s seemingly fidgety and awkward persona, he quickly developed into a confident stand-up comic.

For his recent tribute, Schatzberger transformed himself into Allen, copying his hair, clothes, voice and mannerisms. “This is likely to be the closest that most of Allen’s fans will ­­come to seeing him perform live,” said Schatzberger.

Perhaps it is the unpredictability of stand-up and the comedian’s talent for improvisation that make it particularly exciting. There is currently a movement to bring old material to new audiences and Kerry Shale’s production of 2,000 Year Old Man recently proved popular with the JW3 audience.

“People like familiarity and enjoy seeing new interpretations of their favourite material live and others will be discovering it for the first time.”