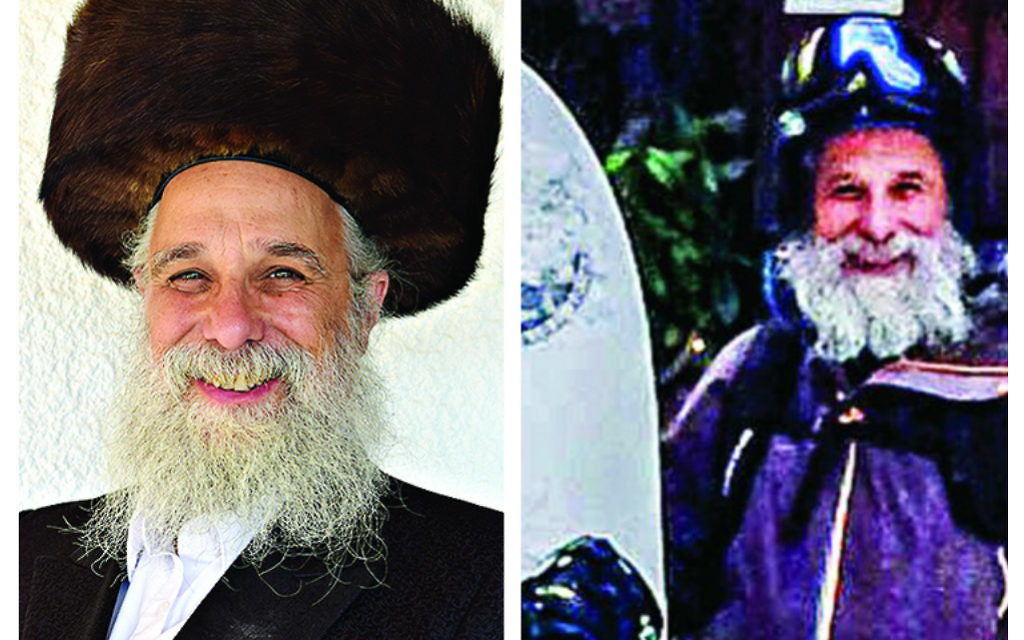 In his silks and flowing beard, a very proper rav stood before me, looking like a Victorian child’s idea of the Almighty. Except that instead of sitting on a cloud, the Almighty was about to adjust his bindings in the boot room. I goggled. Hashem was not a skier, but a snowboarder.

It’s not every day you come across these types or, for that matter, a kosher hotel in the Alps. For here, in the chocolate-box village of Canazei in the middle of the Dolomites, is MyKosherHotel – doing exactly what it says on the din.

The Dolomites are a very special part of the Alps. Part of a UNESCO World Heritage site, the vast limestone outcrops tower over the 1,200km of skiable terrain, interconnected by the fastest and most efficient ski infrastructures in the world.

People come here just for the beauty of the enrosadira: the way the sunset or sunrise falls upon rock, turning it rose-pink by sunset and violet at dawn.

But what they don’t come for is the kosher food, with which no resort in the Alps is exactly awash. 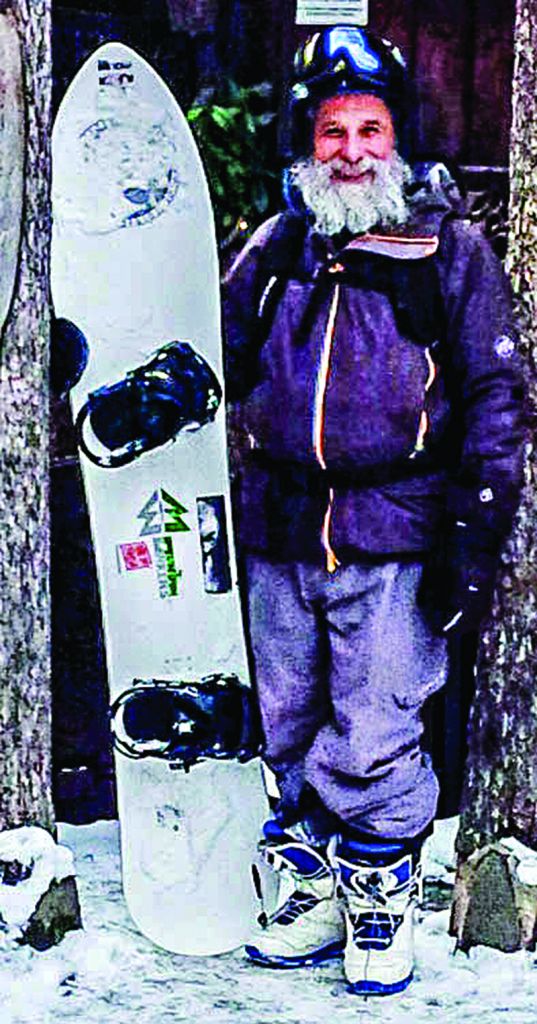 So for those of us who ski around Pesach-time with the contents of a box of Rakusen’s reduced to medium-grade matzo meal, having been stuck at the bottom of a rucksack underneath the avalanche shovel, the implications of discovering MyKosherHotel are nothing short of life-changing.

Pristine-clean and devoid of ostentation, it’s a bit like an upmarket ulpan, with a strong Sephardi bias to the cuisine – exotic courgette flower fritters and artichoke dishes next to classic hummus and tahini on the buffet.

Cheese is flown in from Rome, meat from Vienna.  Talented patissier Luciano from Eritrea makes pasta, and shmura matzo at Passover.

A varied wine cellar yields some rather good Rothschild Pomerol vintages (of course). If it’s okay for the Beth Din – represented among the guests from time to time – it’s probably okay for me.

MyKosherHotel houses its own shul, its walls hung with pictures of Italy’s ancient synagogues and memories of summer weddings at the hotel’s terrace, where the chuppah, garlanded with trails of Alpine flowers, is set against a backdrop of meadows. On Shabbat, everything is covered in a graceful white.

For six months of the year, Rabbi Avraham Novick of Long Island is mashgiach in residence at MyKosherHotel. 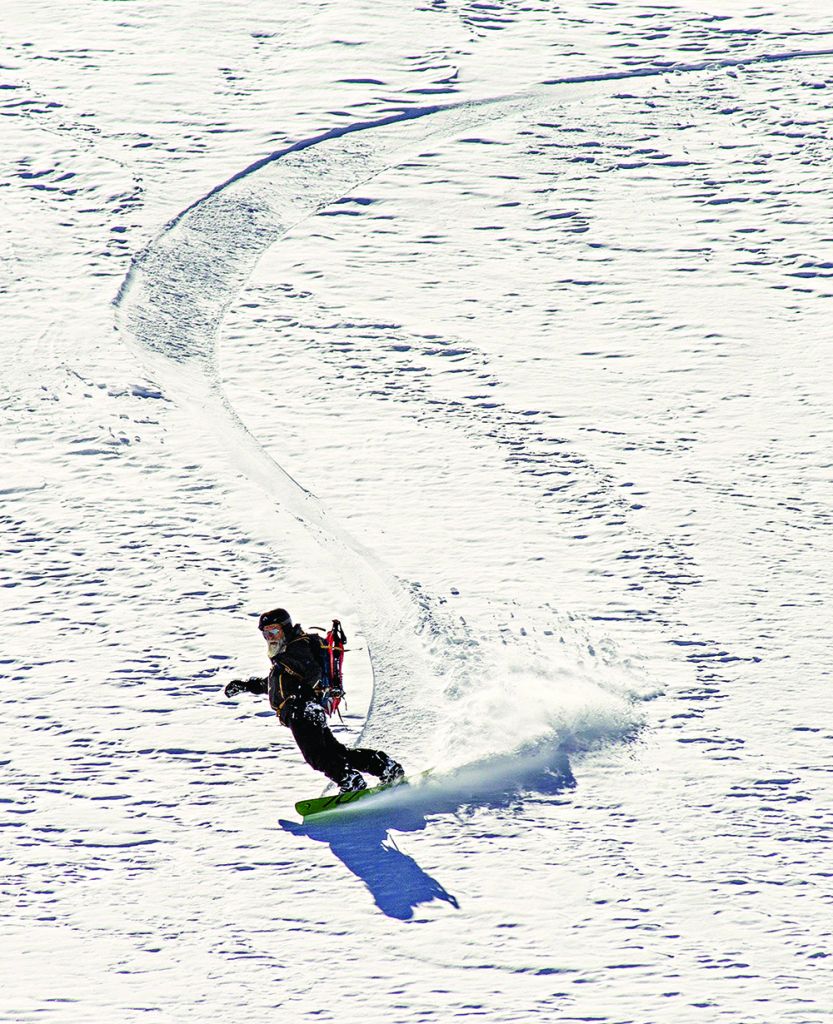 Naturally he’s good for an argument on halachic interpretation and profound problems of existential ethics. But how about the best time of day to ski the north face of the Pordoi Pass? Or the date of when the snow-pack was last tested for stability or the wind speed up at the top station? These are questions that some of the rabbinate might not necessarily be equipped to answer.

So one bluebird morning when the day dawned full of promise from the previous night’s snowfall, the rabbi and I took off.

Avraham had exchanged the streimel for a crash helmet and baggy boarding kit, and there he was, ready to ride and gib or whatever it is that snowboarders do. He looked like a cross between ZZ Top and, well, a hippy (he did meet his wife at a Grateful Dead concert, which only goes to show.)

As the Yiddish saying goes, Keine Freunde im Pulverschnee (“There are no friends on a powder day”), but here was Avraham, ready to share with me his secret snow stashes on the Marmolada glacier, or just rip up the big wide runs that make up the Dolomiti Superski. 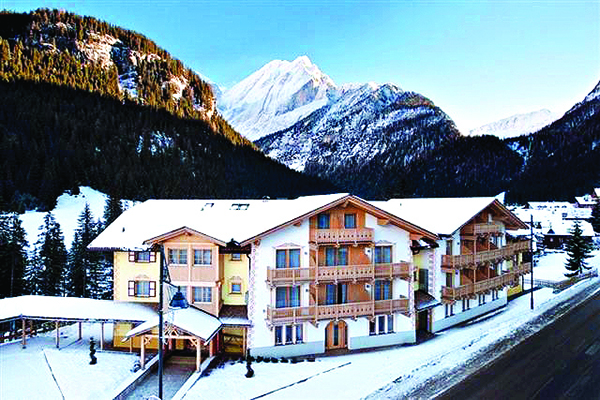 As we finally joined the piste, someone stopped us to chat in a mixture of German and Ladin, the ancient language of the region.

Avraham replied in Yiddish, and the two of them gossiped along quite happily (well, the South Tyrol was once part of the Austro-Hungarian empire).

For some reason, the rabbi is regarded as quite a character in these parts, I can’t think why.

Last year, someone gave him a Father Christmas outfit, so he wore it on the slopes at Purim as MyKosherSantaClaus.

I’ll be out again in the company of the irrepressible Zen rabbi into the freeride adventure of forest, chute and glacier that the glorious Dolomiti Superski has to offer.

“Come and join the rabbi in the powder,” is an invitation I can’t refuse. “It’s so spiritual. You have to be in the moment. It’s somewhere between total concentration and not thinking.”

Naomi stayed at the 4* MyKosherHotel in Canazai, Italy, which operates under full Mehadrin certification. Prices range from €100 per person per night, half board to €480 for a suite in the low season to between €165 and €690 in the high season, with various room Joptions available.

Packed lunches and afternoon tea is included. mykosherhotel.it.
British Airways covers routes from London airports to Verona, Venice, Milan and Innsbruck. Shared private transfers may be booked through the hotel at around €280 for five people. britishairways.com