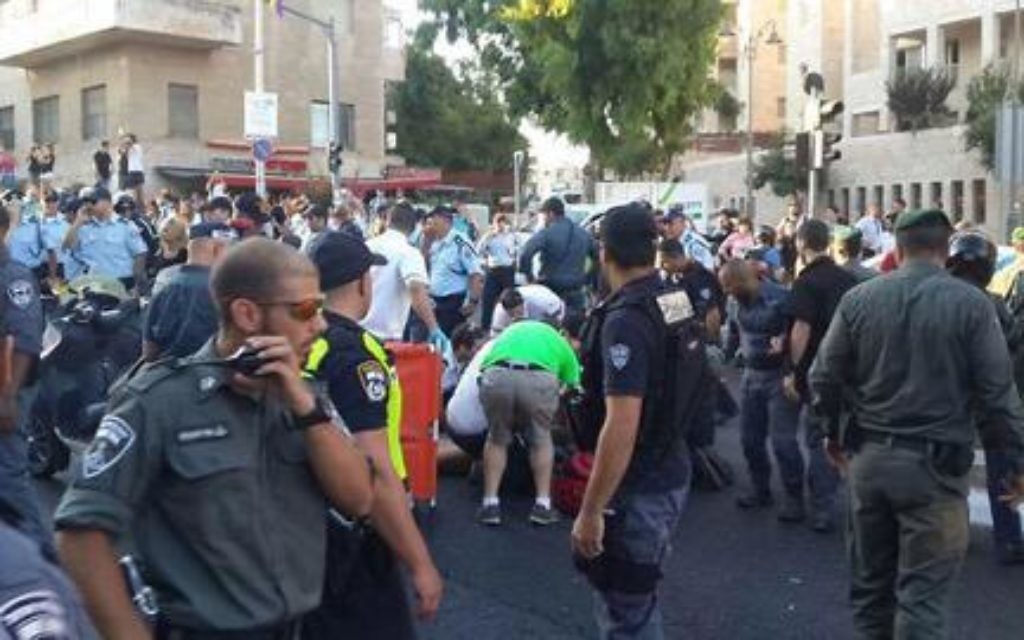 An ultra-Orthodox Jewish man lunged into a group of revellers at Jerusalem‘s annual gay pride parade and stabbed six people as they marched in the holy city.

The man had recently been released from prison after serving a sentence for stabbing several people at a gay pride parade in 2005, police spokeswoman Luba Samri said.

Witnesses told Channel 2 TV that an ultra-Orthodox man rushed the marchers and stabbed multiple people before Israeli police jumped on him and arrested him.

The attacker carried out a similar attack that wounded several people at a gay pride parade in Jerusalem a decade ago. Media reported he hid in a nearby supermarket and jumped out to attack the march when it passed.

Jerusalem police spokesman Asi Ahroni said there was a “massive presence” of police securing the parade but “unfortunately the man managed to pull out a knife and attack”.

The parade continued after the wounded were taken to a hospital, with protesters chanting “end the violence”.

In the statement, The Board condemned the stabbing attack “on people participating in Jerusalem’s Gay Pride. Israel is rightly proud of its record on LGBT rights and we welcome the swift action taken by the authorities to arrest those suspected of this hate crime.”

Senior reform rabbi, Laura Janner-Klausner commented: “This is a despicable act by the same person who also stabbed gay people 10 years ago. Homophobic violence is unacceptable and condemned by the Israeli legal system and by Judaism. I send our families and friends in the Israeli LGBT community our solidarity and support and prayers.

Jerusalem’s annual parade is smaller and more restrained than the annual gay pride march in Tel Aviv, which was attended by some 100,000 revellers last month.

Tel Aviv has emerged as one of the world’s most gay-friendly travel destinations recently, in sharp contrast to most of the rest of the Middle East, where gays are persecuted or even killed. Gays serve openly in Israel’s military and parliament, and many popular artists and entertainers are gay, but gays still face hostility among religious Jews.