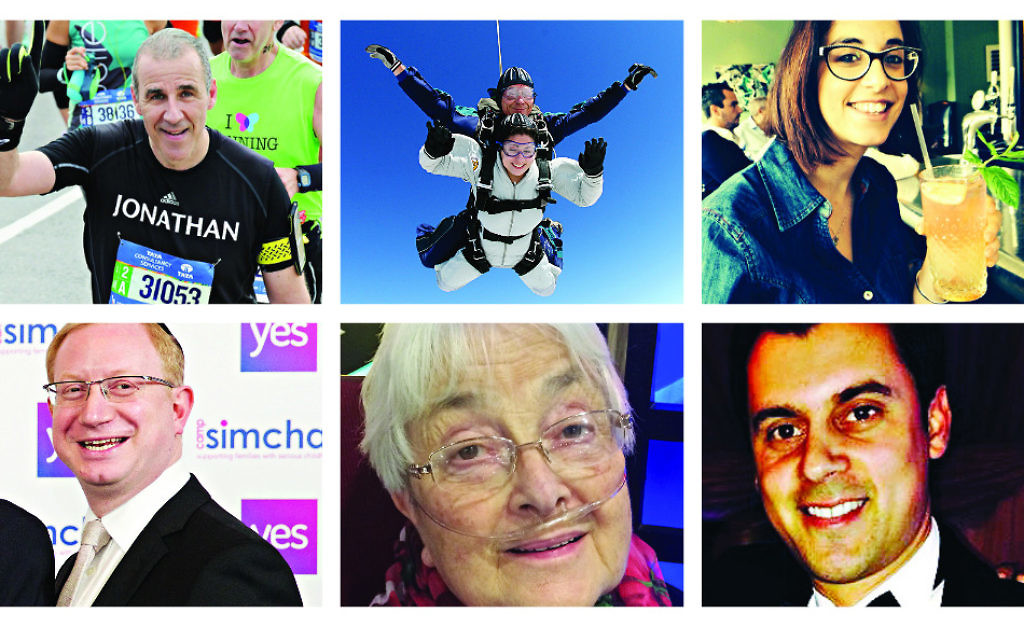 Suffering from Pulmonary Fibrosis, which means she needs a constant oxygen supply and 24-hour care, Esther Brookes was recently forced to leave her home of more than 60 years and move into care when her health drastically deteriorated.

Yet instead of lamenting at her own situation, she took it upon herself to ensure the wellbeing of others, creating and running a weekly session for Jewish Care called Getting To Know You, where residents are encouraged to talk about their lives, their feelings and matters that are important to them.

Proving extremely popular, these discussion groups for the three homes at New Southgate’s Asher Loftus Campus, add to the sense of an individual’s personal dignity and identity, and emphasise that though confined to care, each facing their own daily problems, residents are people with history, lives and achievements.

Ever-proud daughter Sally Style nominated her mother. “She is genuinely interested in other people and has the tenacity and empathy to draw people out, making friends easily, something she has always done, and is still doing since moving in to Rosetrees Care Home,” she says. “At a watershed in her life, where she has had to become the recipient of care, she has stayed true to character. Rather than giving up, she has continued to be a helper and a doer in the community.”

During Meir Plancey’s Israeli gap year he became inspired to help families dealing with an ill child, following the time spend with a host family who’s young son was being treated for a brain tumour.

Back on home soil he worked tirelessly to raise funds, recruit and train volunteers and see the establishment of Camp Simcha; charged with improving the quality of life for the whole family when a child is unwell, through support and positive experiences.

In the 23 years that have followed, the charity has grown so much that Meir recruited a Chief Excutive, but he remains hands-on in shaping the direction of the organisation which has helped thousands of people in their darkest days.

Today Camp Simcha supports more than 650 family members.Chief executive Neville Goldschneider believes Meir to be a truly outstanding individual, who not only continually strives to fulfill the charity’s vision, but remains a London Ambulance First Responder; always going out of his way to help people.

“Thanks to Meir, any family that has a seriously ill child now has an organisation that can help them through providing support in so many different ways. This is something for the community to be truly proud of,” he admits. “Meir provides us with an outstanding example of a Tzaddik; a Jew who spares nothing to help another in distress and does so on a serious scale.”

Natasha Adley was just 16 years old when – driven by her mother and aunt’s battles with Chron’s Disease – established the only charity in the UK dedicated to raising vital funds for research into a cure.

Since its inception the charity has gone from strength to strength, holding a range of events each year including 10k forCrohns, Sing forCrohns, Laugh forCrohns and Quiz forCrohns, raising almost £500,000.

That money has been a crucial source of income for research projects at St Mark’s Hospital in Harrow and Guy’s and St Thomas’ Hospital in London.

Then in May this year Natasha, alongside friend and co-founder Lisa Meleck, launched Book ForChrons; an honest collection of over 40 experiences, written by those with the chronic inflammatory bowel condition, their families and medical professionals.

Now aged 30, Natasha’s enthusiasm knows no bounds and compelled her to give up a well-paid job in advertising to embark on an MA in social work.

She is nominated by her mother Ruth Adley, who describes her daughter as “caring, selfless and organised.”

“She does so much for others out of the goodness of her heart, with her dynamic personality shining through to all who meet her,” she says. “She is an enormous source of inspiration and I am so proud to be her mum.”

Jonathan Barr ran the New York Marathon earlier this month in little over five hours, raising more than £11,500 for Chai Cancer Care and the North London Hospice. No mean feat for anyone, Jonathan’s achievement defied the odds, having finished a course of chemotherapy just 10 weeks previously.

A keen and intrepid marathon runner, the 55-year-old from Finchley was no stranger to the American course, having also completed it in 2014; six months after an operation for Testicular Cancer. Yet in July this year Jonathan discovered that the cancer had reoccurred and during the grueling 12-week chemotherapy regime that followed, his mother sadly lost her own battle with breast cancer.

Hospitalised for treatment, he would leave his bed every day to sit shiva and in the weeks that followed, would complete a quick training run round Regent’s Park before returning for more chemotherapy. Determined to support two organisations that have given him and his family enormous support through some extremely dark times, he refused to let his own personal battle stop him from realising his end goal.

Friend and nominator Louisa Walters believes he is an inspiration to us all. “When his life took a turn for the worse, he chose to continue to chase his dream,” she explains. “Even when he felt weak, lethargic, sick and was incapacitated, his focus did not falter.

The marathon became his goal. It was a light at the end of the long tunnel ahead, from which he could gather strength and focus during his weakest and lowest moments. “He has proven that with a positive can-do attitude you can achieve anything you want.”

Last year, 31-year-old Simon Murray heard a talk from a funder of the Holocaust Survivors’ Centre in Golders Green that changed his outlook on life. Feeling inspired, he pledged to visit the centre every month and moreover took it upon himself to recruit and coordinate a team of volunteers to do likewise.

Now, each month, some 15 young Jewish adults spend time with the survivors; playing games, drinking tea and listening to their stories, all thanks to Simon. No stranger to volunteering, for the last five years Simon has been working weekly at Gift; packaging and delivering food to those in need and he has also joined the Mitzvah Day Steering Committee.

Friend and colleague Dan Rickman was in awe when he witnessed first hand the impact Simon’s visits to the Holocaust Survivors’ Centre is having. “I was blown away by how many volunteers he had been able to recruit to join him and he was the first one on the dance floor, making sure he had a dance with every lady there, but also he knew all the survivors by name, and they all knew him,” he admits.

“Simon Murray is the true embodiment of a mensch. Not only do I admire him and wish to emulate him, but he continues to be a real inspiration to me and everyone else around him. I have never met anybody who has a bad word to say about him, in fact everybody loves him.”

During her short lifetime, Rachel Morgan raised thousands of pounds for charity. An exceptional young woman, in spite of the constant pain she suffered from Hypermobility Syndrome (Ehlers-Danlos), which severely affects the joints of the body and pain pathways to the brain, Rachel was determined to make a difference to the world.

Among her physical fundraising feats were an astonishing 13 skydives; the realisation of a personal dream. On her first jump she raised £2,500 and £4,000 on a subsequent jump. Most recently she completed the Maccabi Fun Run by pushing herself in her wheelchair, adding another £3,500 to her fundraising total.

Rachel also raised money for such varied causes as Camp Simcha, Hypermobility Syndrome Association, RSPCA, Jewish Women’s Aid, Jewish Blind and Disabled and Marie Curie Cancer Care. In addition, she made jewellery, which she sold in aid of the hospice she attended for pain management and also for the Jewish Deaf Association, where her mother, Judith, works as a Technology Consultant.

A Just Giving page set up by her Hasmonean School year group has already raised more than £2,000. JDA nominated Rachel, “because we know that she has been a dedicated fund-raiser for a number of charities and that she always wanted to make a difference to the world. This is despite the pain that she suffered constantly”.

Her mother, Judith Morgan, adds: “She was an ambassadress for determination in the face of adversity. Let her fundraising be an example to us all.”