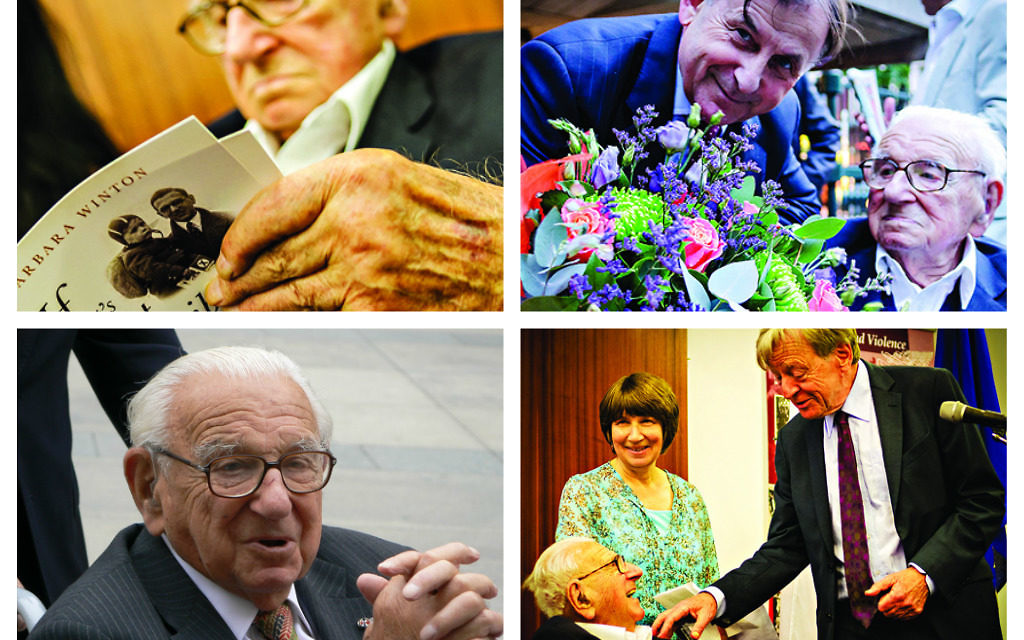 Sir Nicholas Winton, who rescued 669 Jewish children from German-occupied Europe on the eve of war, died yesterday, aged 106. To mark his 105th birthday last year, his daughter Barbara published a detailed account of his remarkable achievements. Here, she reveals how Sir Nicholas remained close to those he saved

Talking about the issues of the day will enliven [Sir Nicky] much more than repeated questions about history. He is very fond of quoting Hegel, in his own words: “The only thing we ever learn from history is that we never learn anything from history.”

Though he recognises that people are interested in his rescue story, he doesn’t feel it can teach people to behave well themselves, even though educational projects using just this story have been taught successfully in schools in the USA, UK, Czech Republic and Slovakia and led children to write moving letters to him about how his story has inspired them to help others.

He remains close to a number of his ‘children’ who made contact following the initial unveiling of the story in 1988, as they came to discover his role in their lives and wanted to see and thank him. For many ‘children’, one meeting was enough to help them understand that previously unknown part of their history. For others, though, meeting Nicky has led to a long and close friendship.

One such was Vera Gissing, the first person introduced to him in the That’s Life! studio and making that intensely emotional piece of TV when she put her arms around him and said “Thank you”, both of them ending up in tears.

Having discovered that she had been living only a 10-minute drive from Nicky and Grete for many years without either’s knowledge, she was soon a regular visitor. She helped them with the enormous correspondence that soon built up about the Kindertransport and was co-author of the first book written about him and the rescued children.

Their close relationship continues to this day. Although Vera is no longer able to help him due to her own poor health, their mutual affection remains intact.

Another local ‘child’, Ruth Drahota, who first met Nicky at the Freedom of the Borough ceremony in Windsor in 1999, was soon visiting regularly with her husband Jaroslav and continues to do so still.

Sir Nicholas Winton celebrates his birthday and with his daughter, Barbara, centre

Others come from further afield to take him out to a theatre, an opera or a local pub for lunch, while some who are not so healthy in their old age make do with regular phone calls to check up on him and share family news.

Some keep in touch from across the world, such as Joe Schlesinger, the distinguished CBC journalist who narrated both of Matej’s documentaries about the Czech Kindertransport.

Joe’s experience as a foster child with his uncle and aunt in England during the war was not a happy one. They did not really want him and his brother, sending them away to school for most of the war years and back to Prague as soon as it was all over.

His feeling of being unloved was strengthened on his return to Czechoslovakia. His parents having been murdered in some unknown camp, he felt himself a burden on a country overwhelmed by parentless youngsters, abandoned and rootless. Despite this unpromising start, he ended up in Canada with “a wonderful family, a job I loved and altogether a great life”.

Describing his discovery of his rescue and his relationship with Nicky, [he said]: “Then Nicky and the story of how he had saved my life and that of so many others surfaced. Something in me clicked.  Here, finally, there was a father figure, someone who obviously cared deeply for others, a man one could be proud of, a role model to emulate.

“As I got to know him better, that feeling of respect and love has increased, particularly because in a way it was reciprocated. He seemed to have found in what I had done with my life, an empathetic resonance to his own youthful wanderings. In short, Nicky Winton is and always will be a surrogate for the father I lost in the Holocaust.”

Many others, whose names are listed on those pages taped into the back of the scrapbook, have expressed similar sentiments.

Matej, having interviewed so many of them for his two documentaries, did not hesitate to call the last film Nicky’s Family, because that is what many of them feel themselves to be. They visit with their own husbands or wives and children, and even grandchildren, and give back to Nicky some of the love and attention he lost when his darling Grete died.

He is always happy to chat, to laugh and to listen to their thoughts, much as he does when his old friends and neighbours drop in.

Visitors who discuss with him their own enterprises or problems will find he is always looking for solutions and encouraging them not to give up, continuing to believe in his old adage: “If it’s not impossible, there must be a way to do it.”

• If It’s Not Impossible… The Life of Sir Nicholas Winton by Barbara Winton is published by Troubador Books – You can purchase it on Amazon.