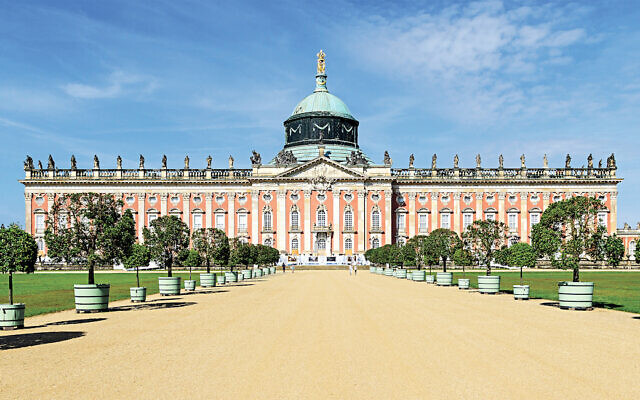 The German city of Potsdam finally has its first new synagogue since the Second World War – and it is based in lavish surroundings.

Part of the newly inaugurated European Center for Jewish Learning, the
£12 million synagogue is located at the University of Potsdam campus at the 18th century New Palace in Sanssouci Park, a UNESCO World Heritage site.

Historian Ulrich Knufinke, who contributed to the renovation and construction project, said it was the first time that a synagogue had opened as part of a German university.

Able to accommodate about 40 worshippers, it is described as “white and minimalist”, with walls that can be lit in different colours, and was officially opened last Wednesday by German President Frank-Walter Steinmeier.

Also attending were Josef Schuster, head of the Central Council of Jews in Germany, plus Sonja Guentner, president of the European Union of Progressive Jews, and Israeli ambassador Jeremy Issacharoff.

The synagogue has been paid for by the state of Brandenburg, whose minister Dietmar Woidke said the new home for three institutions inspired “hope, gratitude, and confidence”.

Several rabbinical programmes opened in Germany after the massive emigration of former Soviet Jews to the country, which began in the early 1990s and peaked in the early 2000s. The centre’s three programmes now have 80 students.

Rabbi Walter Homolka, director of the progressive Abraham-Geiger College, told JTA the ecumenical School of Jewish Theology “has become a prominent place for dialogue with other religions and with the humanities, but also for exchange with the secular world”.

He added: “We need to ask ourselves what Judaism as a world religion can offer today for the solution of the ethical and moral dilemmas we face.”