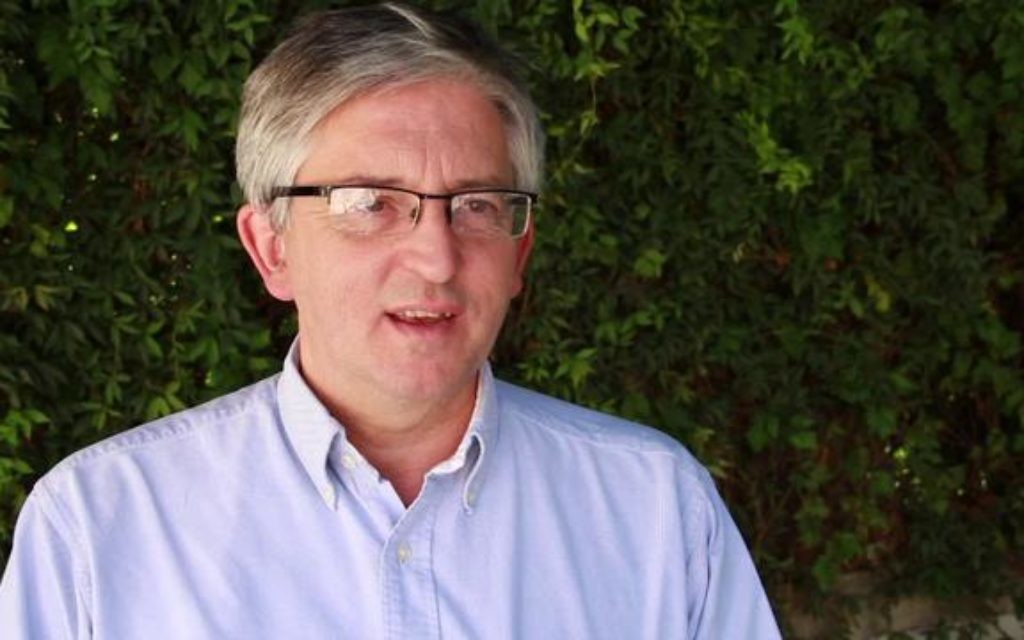 A Guildford vicar has removed a Facebook post linking to an article entitled ‘9-11/Israel did it’ – but asked Jewish News to show him articles refuting such claims, writes Justin Cohen.

Rev. Stephen Sizer (pictured), who is well-known for his anti- Israel views, posted a link to an article which, among other things, seeks to connect wealthy American Jews to the attacks, through their ownership of buildings, political affiliations or links to Israel. “Is this anti-Semitic?” he asked online. “It raises so many questions.”

Board vice president Jonathan Arkush, who pushed for Sizer to remove the link, said: “Posting, and giving approval to, an article which in effect accuses Jews of responsibility for the 9/11 atrocity is unquestionably anti-Semitic, just as it is beyond absurd.”

However Sizer seemed to defend his actions in an email to the Jewish News, saying: “I would welcome articles you can recommend refuting the allegations.” Noting that many Americans feel 9/11 was “an inside job,” Sizer added: “It is essential the public become convinced of what happened before and after 9/11. Inevitably the truth will upset many people if it is shown by further investigation that the official explanations are shown to be deficient.”

He added: “Encouraging research and debate on all aspects of [9/11] is not anti- Semitic… Suppressing discussion on such grounds will fuel suspicion, not remove it.” Arkush said he was “extremely concerned that a Church of England minister could possibly have considered it appropriate or becoming to his position to advertise such racist nonsense”.

Sizer, Vicar of Christ Church, Virginia Water, has previously been accused by the Jewish community of linking to extremist content and over the language he used. In 2013, the Church instigated disciplinary proceedings following a formal complaint from the Board. Sizer maintained that his views were not anti-Semitic, but directed at Israeli policy towards Palestinians.

However, Arkush said his language was “very, very strongly offensive to Jews” and regarded as “anti-Semitic” by the community.

Under the terms of a conciliation agreement, a code of conduct and independent checking were introduced.

The Bishop of Guildford praised it at the time as “a positive step towards Jewish-Christian understanding”. However, Sizer has continued to attract criticism, most recently having attended a seminar in Iran that discussed “Zionist involvement” in the 2001 atrocities, when the World Trade Center was attacked and 2,996 people killed.

On the link to an article blaming Zionist Jews for 9/11, Council of Christians and Jews director Jane Clement said: “We are appalled that these malicious conspiracy theories are still in circulation, and hope those in a position to do so take appropriate action.”

Arkush “welcomed” Sizer’s removal of the post. However, even before Sizer’s message to this newspaper, Arkush said: “The church should be taking action. He is one of their ministers. It should not be left to the Jewish community to have to protest and be forced to take action from outside.”