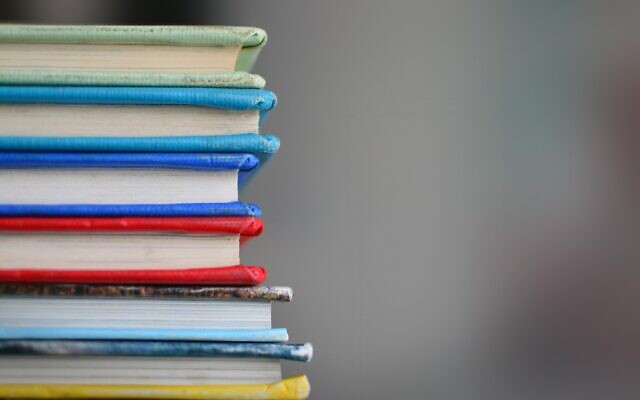 Judges have produced a shortlist of seven books for one of the Jewish world’s foremost literary prizes, with the winner set to scoop £4,000.

The latest book by Booker Prize winning novelist Howard Jacobson made the Wingate Prize cut of shortlisted works “exploring the modern Jewish world as well as events of the past which impact the present”.

Another contender for the prize, now in its 43rd year, is Benjamin Balint’s new book on the battle for Franz Kafka’s manuscripts, showing how – awful though it was – the Third Reich was also “an episode in the story of Jewish creativity”.

Judges, led by panel chair Clive Lawton, recognised that shortlisting Linda Grant’s London-centred book ‘A Stranger City’ may be “radical” because her Jewish characters were “not at the centre of all stories” but “only one thread in the whole fabric of the novel… simply part of the picture of contemporary life”.

They said: “In many ways this may be truer to the normal experience of most Jews today, living within their world, sometimes explicitly Jewish but often simply just Jews among a mixed crowd.”

Grant’s Jewish characters were described as “both those easily recognisable and classic long-resident London Jews, as well as more exotic recent Jewish arrivals from Iran,” whereas the characters in Ayelet Gundar-Goshen’s shortlisted book ‘Liar’ are set in Israel, where “hardly any of them fail to lie or act with complicity”.

The prize is awarded to “the best book, fiction or non-fiction, to translate the idea of Jewishness”. Others in the mix this year include ‘Inheritance’ by Dani Shapiro, ‘Lake Success’ by Gary Shteyngart and ‘The Photographer at Sixteen’ by George Szirtes.

Alongside Lawton, the judging panel includes lecturer Roopa Farooki, barrister Philippe Sands and novelist Kim Sherwood. They said their task of creating a shortlist of six was “so difficult we came up with a shortlist of seven”.

Lawton, who co-founded Limmud, said: “Our primary criterion was excellent writing, but we also needed to feel that there was a rich story to tell and, of course, one which threw light on the realities of Jewish life.”

The winner will be announced at an event at JW3 on 16 March.