There have been great horror films made by Jewish filmmakers, but Keith Thomas had never seen one that “dived into Jewish theology”.

But that’s all changed now with his accomplished directorial debut, The Vigil.

“For personal reasons, that’s what my intention was, and my hope is that’s how it will continue to be received.”

In need of money, he agrees to a rabbi’s request to watch over the body of a Holocaust survivor for the night.

Alone in a shadowy house with the dead man and his widow, Yakov is forced to confront a tragic event from his own past and the Mazzik – a demon whose name means ‘destroyer’ in Hebrew – that tormented the deceased survivor from the Shoah until his last breath. 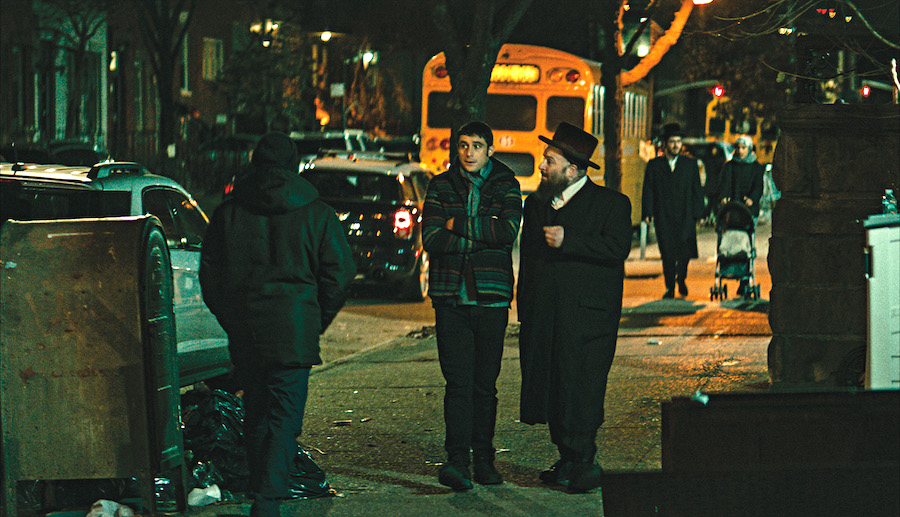 The film and its protagonist walk a fine line between the rational and the supernatural, the secular and the religious.

It reflects the way Thomas’s life was before becoming a filmmaker – from pre-medical studies, with an English major, to rabbinical school, where he wrote his master’s thesis on monsters in the Torah, and then on to a 10-year stint in clinical research, with writing on the side.

“I realised when I was in rabbinical school that I’m not particularly religious,” he says. “I do go to an Orthodox shul, but I don’t go often, and I’m certainly not frum.”

His parents were both from New York and his upbringing, with a non-Jewish father and Jewish mother, was “of the bagels and lox kind of [cultural] Judaism”, he says. When his maternal grandfather died, his mother became more religious, “and in my teens, I finally stepped foot in a shul”. 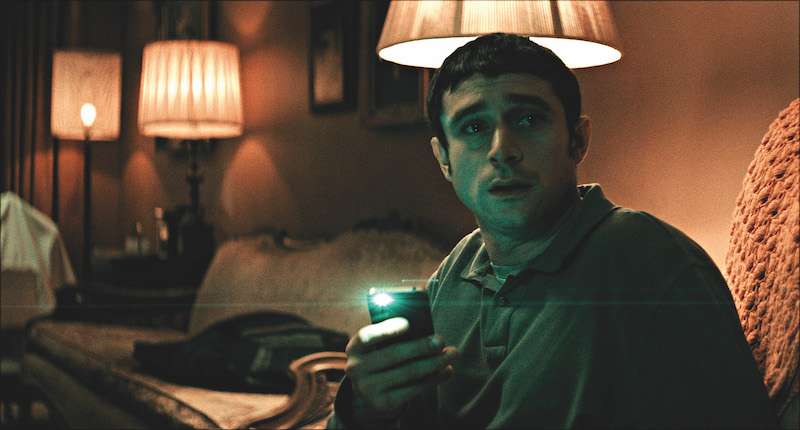 Thomas, his lead actor, and his producers all lost family in the Holocaust, and “grew up aware of that,” he reflects. “For me, it is very tough with trauma and guilt in terms of how much do you let go? How do you move on through it?”

The Vigil drills into the psychological and emotional legacy of the Shoah, touching on themes such as survivor guilt, generational trauma, and the transmission of trauma through memory.

Even Thomas’s interpretation of the Mazzik – a demon that in Jewish lore inhabits abandoned houses and leaves chicken-feet imprints if flour is left on the floor – is imagined as a creature with a head turned backwards, staring into the past, embodying the intention to ‘never forget’.

But it’s a paradox. How do we remember and yet still go forward?

Such questions became even more pronounced when the story’s setting was moved to Brooklyn, into a Hassidic community that, Thomas says, is “a reflection of both the Holocaust and kind of long-term antisemitism, in that they’ve become very insular to protect themselves.”

Yakov faces his own demons but also, in his fight with the Mazzik, engages in a struggle that the filmmaker hoped would have wider communal resonance.

“We can never forget, but we have to move on, and sometimes moving on means facing things you do not want to face.

“If we run from the things that we’re afraid of, that traumatise us, that we feel guilty about, they will always chase us.

“You must face them, and if you emerge on the other side, it doesn’t mean they won’t be there, but it means you are stronger.”

Antisemitism runs through the film as a continuing, but not explicitly identified scourge: the shared root of a pogrom in Kiev, the Holocaust, and an attack in present-day New York.

When Yakov exorcises the Mazzik wearing tefilin that belonged to one of the producers’ grandfathers, holding a lit candle and reciting the Shema, it is a moment of empowerment and release.

For the producer, “it was very much about confronting antisemitism,” says Thomas. Almost everyone involved in making the film had experienced Jew-hate (the tormenting incident in Yakov’s past was inspired by something Thomas witnessed), either in their families’ pasts or personally. The writer-director, for example, doesn’t have a Jewish name, but whenever he’d tell people he was a Jew, “the inevitable jokes would follow.”

Working on The Vigil has been cathartic. “When I wrote the story, it was me pouring all this stuff out. And then having that final battle, that release, I felt like that’s the Jewish way to end this.”

Thomas made the film for Jews and gentiles, but the former, he has discovered, “have a deeper, more emotional reaction to it, particularly if they’re the grandchildren or children of survivors. I’ve seen a number of people come out of the theatre in tears.”

I can well believe it. Even I was sobbing by the end.

Thankfully, this isn’t the last time Thomas will venture into this territory. He has been signed up to direct a new version of Stephen King’s Firestarter, but is also planning a TV series with his Vigil producers that will “deal with a lot of the same themes in a different way, and also look at how the Jewish community interacts with other communities living right alongside them, and both those tensions and appreciations that go back and forth”.

He also believes there’s a “Jewish renaissance” happening, with programmes like Netflix’s Unorthodox in the vanguard.

“If there’s going to be a horror side of it,” he says, “then I would like to be the one participating in and continuing to make that.”