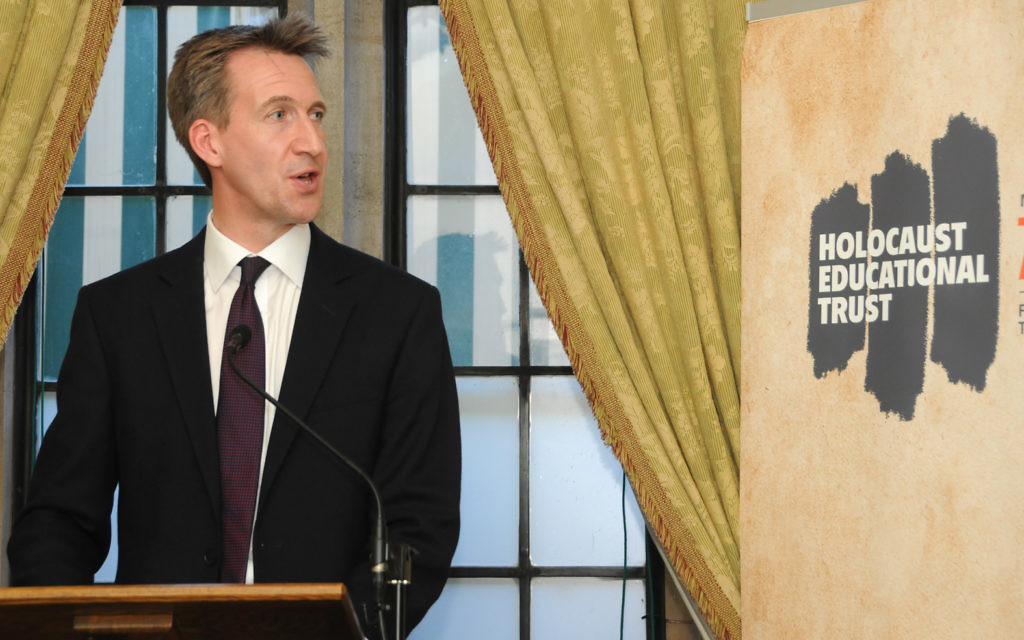 Shadow foreign minister Dan Jarvis has spoken of how a recent visit to Auschwitz forced him to reflect on his experiences as a soldier in the Balkans, as he stressed the importance of keeping alive the memory of the Shoah.

The Labour politician told a Holocaust Educational Trust reception in Parliament, also attended by Education secretary Nicky Morgan, that he would never forget the faces of the 200 young people he accompanied on a visit to Auschwitz earlier this year.

“I was made to reflect following my visit to Auschwitz on experiences I had in the Balkans in the early 1990s where we saw scenes of indescribable devastation. We were confronted by the personal effects of those who had been brutally murdered. These are experiences which stay with you.”

He added: “In this very difficult week, those of us who say that we should never allow these things to happen again, need to work together in Parliament and outside for a world that is more humane and genocide free. An incredibly important part of that is preserving the voices of Holocaust survivors for future generations.”

Joining survivors and young Ambassadors of HET were MPs from across the political spectrum including Eric Pickles, Douglas alexander and Ian Austin.

Nicky Morgan MP encouraged all MPs to join the Trust on a visit to Auschwitz-Birkenau with their constituents as part of its Lessons from Auschwitz Project and pledged to continue working with the Trust: “The Holocaust Educational Trust has done the memory of those it represents proud. The living links to this part of history may be leaving us but it is essential that the work of the Trust continues.”

Reflecting on her own visit, she added: “I’m still trying to process what I saw and learn that day.”

The event also saw heart first-hand testimony from Auschwitz survivor Freddiw Knoller. HET Chief Executive Karen Pollock MBE, commented: “We were delighted to welcome so many new Members of Parliament, as well as many old friends to this reception. The work we do is only possible thanks to the vital relationships we have with Members of Parliament, and we are grateful for all they do to support the Trust in educating thousands of young people up and down the country.”