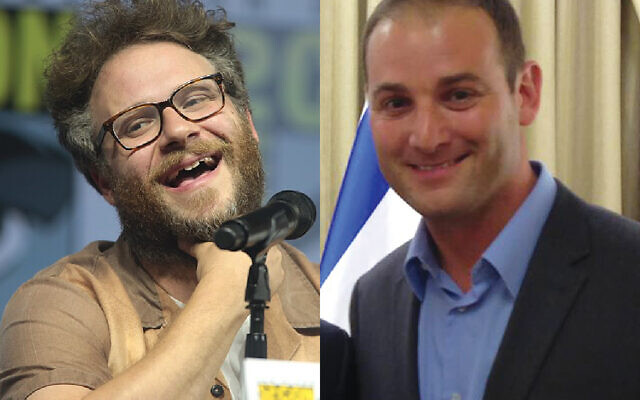 Seth Rogen and a leading Israel advocate were embroiled in a heated Twitter exchange this week, with the Hollywood actor accused of “providing cover for extremists who seek to ridicule, bully and troll Jews online”.

Michael Dickson, the Israeli executive director of StandWithUs, a pro-Zionist charity which also counters antisemitism, found himself coming under attack by Rogen after user @Howard_Lovy tweeted on Monday: “I wonder if @Sethrogen says to himself every day. “Nice job, me. I’ve made sure that every Jew on social media is continuously harassed by anti-Semites with fart jokes. Now, that’s funny.”

Dickson responded: “Yes. He probably does. Quite the record of achievement!”

Rogen then took aim and replied: “I mean with a name like Dickson you should probably sit this one out.”

The original comment by Lovy was made in reference to Rogen’s recent run-in with Zionist activist Eve Barlow, who wrote an article for Tablet magazine that alleges anti-Jewish behaviour on social media is linked to some Hollywood celebrities “throwing their full support behind a reductive, inflammatory and dangerous case against Israel.”

Among the well-known personalities she named were Mark Ruffalo, Natalie Portman, Sarah Silverman and Dua Lipa.

Thereafter Barlow was targeted by online trolls calling her “Eve Fartlow” and the term began trending on Twitter in May.

Then on 24 May, in response to an unrelated post by Barlow, Rogen responded with a wind emoji, which is commonly used to denote flatulence.

Following his most recent exchange, Rogen wrote to Dickson and Lovy: “Did I just anti Semitism you?”

The American Pickle actor deleted the tweet, but Dickson posted it to his account, along with a photograph of an exchange between the two on direct message. 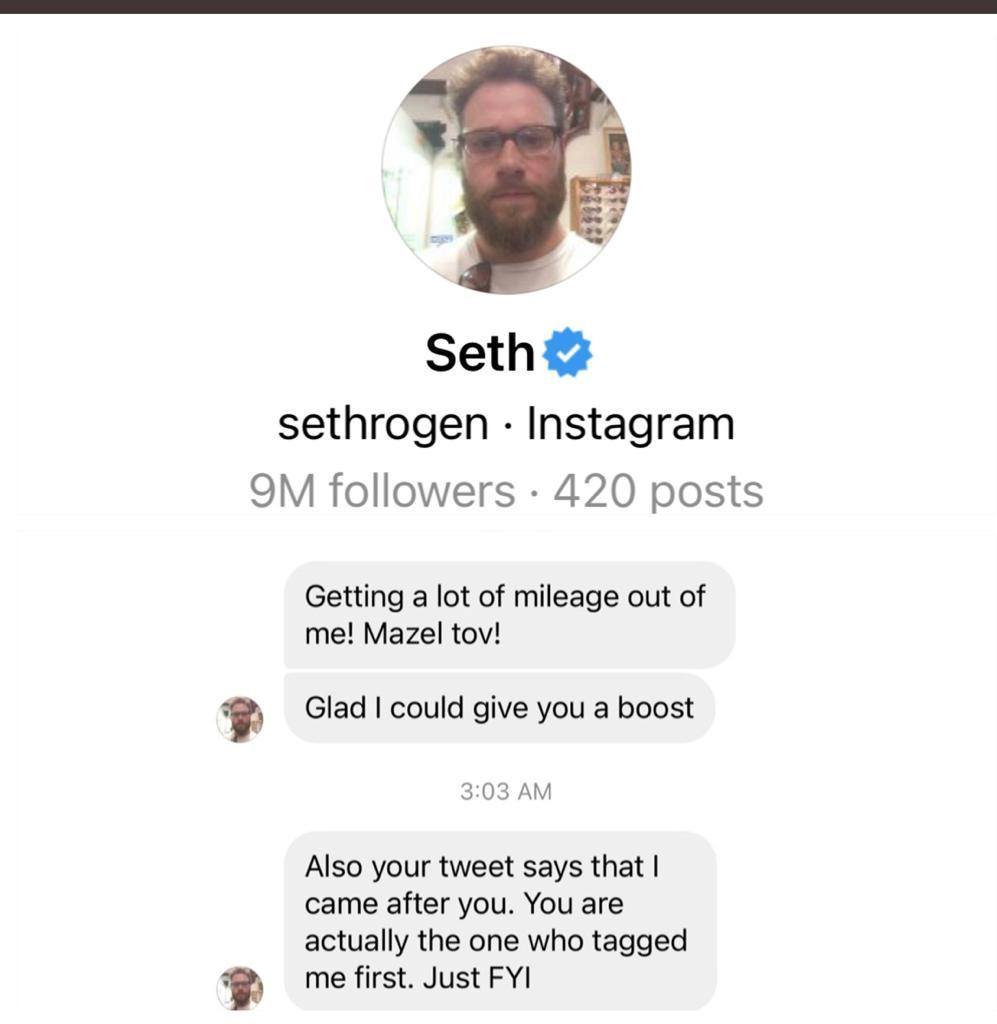 Rogen wrote: “Getting a lot of mileage out of me! Mazel tov! Glad I could give you a boost.

“Also your tweet says that I came after you. You are actually the one who tagged me first. Just FYI.”

Dickson replied: “Hi Seth. Thanks for reaching out. Here’s the thing: I was taught to stand up to bullies. I called you out because instead of using your celebrity platfrom for good, you’re using it to bully. That’s the truth, whether you see yourself that way or not.

“Your MO at the moment (ridiculing my name) is pretty pathetic. Ironically, it says a lot about how little you know. My ancestors changed their name as they fled antisemitism in Eastern Europe searching for a better life, like many Jews did. Hilarious, right?

“You say you’re horrified by antisemitism and then enable those who harass Jews endlessly online. And then you make light of antisemitism.

“So you’re not the victim here and neither am I. It’s the proud, young Jews who face down antisemitism online and in the real world every day. 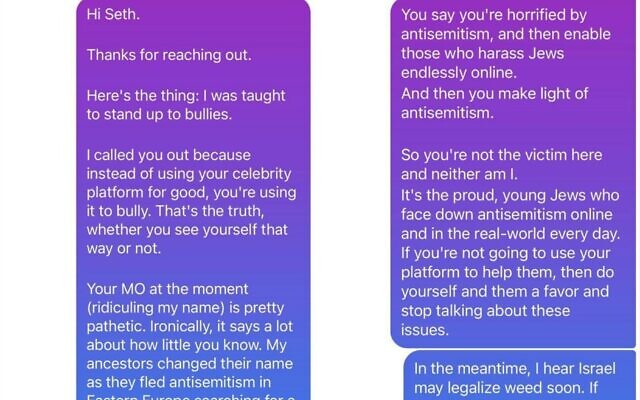 “If you’re not going to use your platform to help them, then do yourself and them a favour and stop talking about these issues.”

When asked by JN for comment, Dickson said: “At a time of heightened antisemitism in word and deed, Seth Rogen could be using a huge platform for good.

“Instead, he is providing cover for extremists who seek to ridicule, bully and troll Jews online.

“I thought it was important to call out his behaviour with the hope he can reflect and change.”

Representatives for Rogen have not responded to Jewish News’ request for comment.