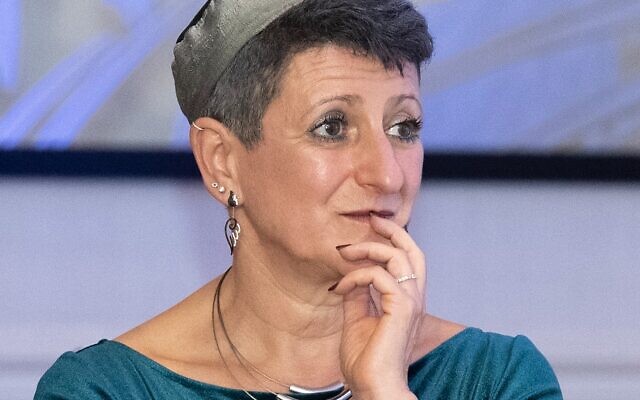 Reform Judaism has announced its senior rabbi, Laura Janner-Klausner, is to step down from her role later this year.

The progressive movement made the announcement this week as her peers paid tribute to her “tremendous energy, warmth and integrity.”

The faith leader, who has been at the helm of Reform since 2012, is set to start a PHD in Digital Theology at Durham University at the start of the next academic year, and will remain in post until 1 October.

Thanking the movement for its support, Rabbi Janner-Klausner, said it “will have a special place in my heart. I have loved my time in this role, in particular the opportunity to work closely with the professional and lay leaders of our youth movement, RSY-Netzer, for which I will always hold the deepest love and admiration.

She paid tribute to her colleagues “with whom it has been a true joy to work, and the members of all our synagogues, whose vibrant and unwavering passion for community has been an inspiration to me daily”, she said the new career direction comes with “mixture of sadness and excitement.”

“We are now acknowledged major players in debates of national importance, standing up for our values on issues that matter” including on pressing topics such as refugees, fighting antisemitism, LGBT rights and making the progressive case for Israel.

“From our leading efforts on the campaign for equal marriage and our front line role standing up for refugees, I know that her work has made Britain better.”

Rabbi Fabian Sborovsky, Chair of the Assembly of Reform Cantors and Rabbis, also paid tribute, saying she “is a wonderful colleague and mentor to many of us. We are immensely grateful to her for providing such wise and inspirational leadership over the past nine years.”