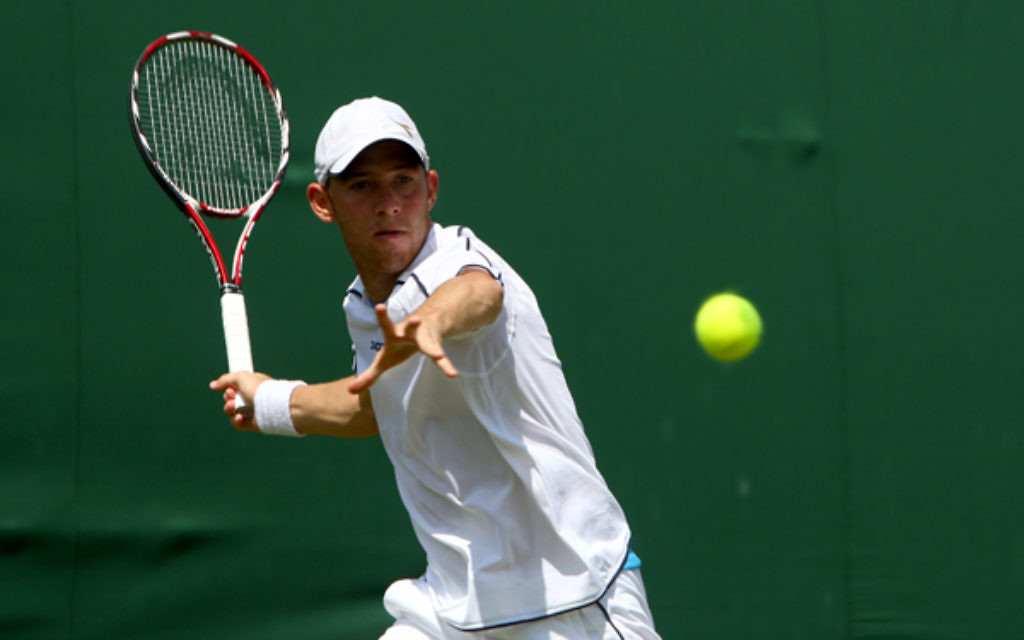 Speaking to Jewish News ahead of this year’s tournament, which begins on Monday, the 30-year-old, who will be Israel’s only singles player at the tournament, said: “It’s good to be playing there, I’m looking forward to it. Grass isn’t one of my favourite surfaces and how far I can go depends a lot on the draw. We’ll see who I get and take it from there.”

Taking part in competitions at both Ilkey and Nottingham over the past week to get used to the grass surface, the latter of which saw him knocked out of the second round on Tuesday, he said: “Preparations have been ok. I practiced on the hard courts in Israel before coming over here with the aim to play a few matches. I wasn’t expecting too much, just to get some matches.”

Sela took time out from his preparations last week to attend a Chabad Friday night dinner with his team, alongside Rabbi Mendy Lent, of Chabad Lubavitch of Nottingham

Sela was though the only Israeli player to automatically qualify for the main draw – with Shahar Peer, Julia Glushko and Amir Weintraub all being knocked out in the qualifying rounds – and he’s accused Israeli tennis officials of failing to produce players capable of reaching Grand Slam tournaments.  He said: “The system is not good in Israel, it hasn’t been for a while and that’s why there are so few Israeli players reaching Grand Slam tournaments. Things are at least beginning to change now and I’m hoping we’ll see that in the years to come. There are some players who are coming through, doing well in Challenger events, and there are some who I think can make it into the top 300 world rankings. From there it’s up to them, it depends how they cope with it, both physically and mentally, but hopefully within the next five years, we’ll see more Israeli players reaching major tournaments.”

Sela will though be joined at Wimbledon by one other Israeli after Yoni Erlich – in the men’s doubles alongside German Philipp Petzschner, won their two qualifying round matches to to seal their place in the main draw.

And with Sela’s next competitive action being his opening round match, he plans to get in plenty of practice on the Wimbledon courts between now and then, together with taking in some of London’s sights. A fan of the capital – he came over with his wife in December – he said: “I love London, there’s always so much to see here and I’ll be doing just that in between practicing for next week.”