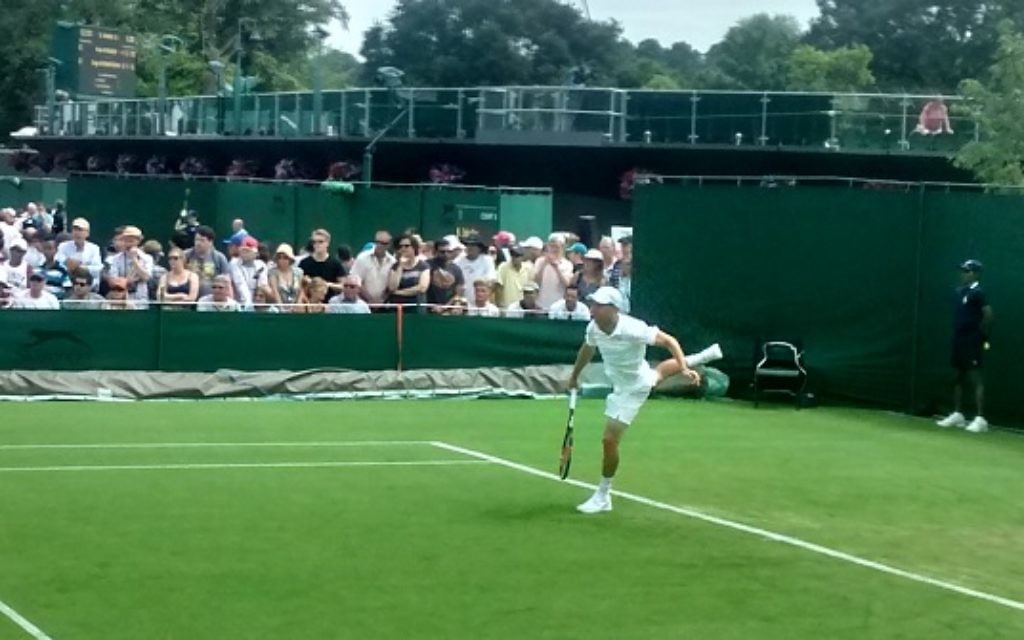 Dudi Sela has been knocked out of this year’s Wimbledon Championships after he was beaten by Austrian Dominic Thiem.

The Israeli had got off to a superb start on Court 8, racing into a 4-0 lead in the first set, before wrapping it up 6-2.

He then broke early in the second set to go 2-0 up, though after that it was all downhill as the number 32 seed bounced back to take the second set 6-3, before winning the third and fourth, both 6-4.

Disappointed with the defeat, Sela told jewishnews.co.uk: “He didn’t play well in the first set and I think it would have been better if I had won the first set by a closer margin because it looked too easy. He then started playing better and I got nervous and started pushing the ball. When he’s on it, he’s very good, when he’s off he’s terrible. The beginning he was off, but slowly, slowly he got back into it – but I let him. I missed a few easy points, which had I have won, could have changed the game – to be 2-0 up in the second would have made a difference [to the match].

“I got a little bit complacent, but in the second set I let him back into the match, he wasn’t playing the ball, just hitting it and I did a lot of unenforced errors.”

Earlier in the day, Argentine Diego Schwartzman made his Wimbledon debut on Court 2, though was ultimately beaten in straight sets against the 26th seed 6-0, 6-2, 7-6.

There was better news later on Monday afternoon as Yoni Erlich, Israel’s other representative at SW19, was looking to book his place in the second round of the men’s doubles after he and German Philipp Petzschner took a two sets lead over Spaniard Albert Ramos-Vinolas and Italian Andreas Seppi, 6-4, 6-2.