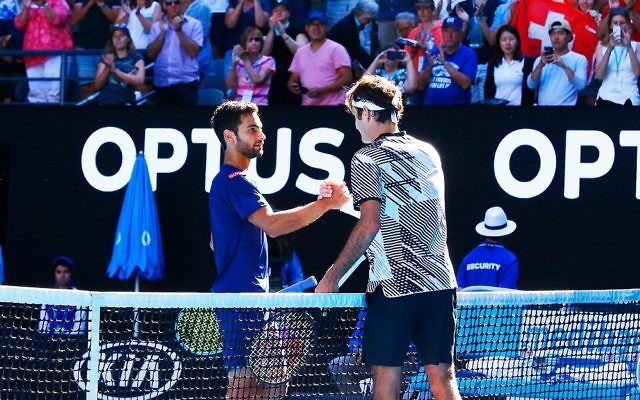 Noah Rubin, Dudi Sela and Diego Schwartzman all lost their second round matches at the Australian Open on Wednesday morning.

Rubin faced a daunting task in taking on Roger Federer, and although beaten in three sets, 7-5 6-3 7-6 in the main Rod Laver Arena, the 20-year-old made a lasting impression on the Swiss star.

The 17-time Grand Slam winner said afterwards: “I was very impressed by Noah. I thought he played really well. I feel like he’s going to have a great, consistent career. The question now is how far can he go. It’s so hard to tell with these youngsters because they just need time to mature and to get used to the tour and all that. I think there’s lots possible for him, I really do.”

Despite losing the first two sets, broken just the once in the first, Rubin had found himself serving for the third set. He tweeted afterwards: “It was an honor to be competing against Roger on the court, I was in his shadow today but it’s going to be a hell of a fun career.”

Earlier on Wednesday, Sela, Israel’s sole singles player who qualified for the main round of the tournament, saw his campaign come to an end after he was beaten by Slovakian Lukas Lacko. The Israeli got off to a flying start, winning the first set 6-2, but it all went downhill from there, as he lost the next three 6-3, 6-2 and 6-4.

Thursday sees the start of the doubles competition, with Jonathan Erlich and American Scott Lipsky playing their first round clash against Russian duo Karen Khachanov and Andrey Kuznetsov.