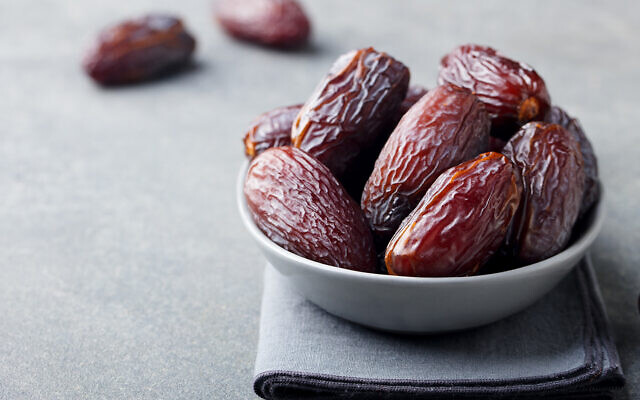 The extinct variety known for the quality and size of its dates was “lost for centuries,” researchers wrote in the journal Science Advances, published yesterday.

The team led by Dr Sarah Sallon, of Israel’s Hadassah Medical Organisation, had successfully grown in 2008 a single 1,900-year-old date seed found near the Dead Sea, which they dubbed Methuselah.

But they have now grown a further six saplings up to 15 ft high, giving them the names Adam, Jonah,  Uriel,  Boaz, Judith, and Hannah.

The palms’ resurrection offers an important lesson for the climate change era, according to Dr Sallon, who penned a yet unpublished children’s book on the subject.

“Dates are a cautionary tale,” she warned. “These palm trees were the toast of the ancient world and they disappeared completely because of human intervention, because they weren’t looked after and were chopped down after countless invasions.”

But she added: “We brought some back to life and I think it also shows not only the terrible fragility of the natural world but also the power of nature to rejuvenate itself.”

The team achieved the extraordinary feat by soaking some 32 seeds in water and treating them with plant hormones and fertiliser. Six seeds sprouted – after a two millennia-wait.

The ancient seeds were found in archaeological sites in the Judean desert, among hundreds discovered between 1963 and 1991. “Large numbers” were found under rubble in an ancient fortress built by King Herod the Great in the 1st century BC, where they remained hidden away for centuries, according to the study.

The region where the seeds were found was famous for its dates, researchers wrote. Classical writers heaped praise on the large ancient mocha-coloured fruit, noting its “size, sweet taste, extended storage, and medicinal properties.”

On what caused the seeds’ longevity, “little is known,” the authors admitted, but dry weather conditions may have played a part, including “low precipitation and very low humidity around the Dead Sea”, they speculated.

In the future, the team hopes to pollinate Hannah – expected to flower this year – with Methuselah’ pollen “to see if she produces dates”, explained Dr Sallon.

But the scientist cast doubt on hopes any dates produced would bear a resemblance to the typical Judean fruit and its “star quality of 2,000 years ago.”

“It will produce dates, and we don’t know what those dates are going to taste like,” she said. “We just put it in the ground,” unlike dates cultivated by ancient and modern farmers, which are grown from clones of top female breeders.